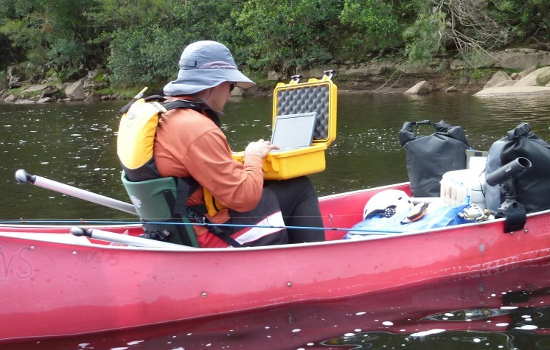 Britain’s intelligence gathering agency GCHQ has recently revealed that it stopped 140,000 separate computer ‘phishing’ attacks last year. ‘Phishing’ is an attempted online theft of bank details and other sensitive information by impersonating a trustworthy person or organisation. Fraudsters are even impersonating real-life vicars and barristers to gain peoples trust. GCHQ believes it has been particularly successful in greatly reducing the number of phishing emails in which scammers pose as HM Revenue & Customs.

GCHQ has also been involved in preventing 1.4million public sector employees from visiting malicious websites. This service, which is known as Protective Domain Name System (PDNS) logs web addresses that have previously been linked to illegal activity and blocks the connection to the user’s computer servers. BT has also been working on its own version of PDNS and is estimated to have blocked an average of 110 million malicious connections a month.

Just how vulnerable we all are is reflected by an example from GCHQ’s latest report. A primary school was involved in the spread of a large-scale malware infection because its anti-virus system was not working!

It’s reassuring to know that GCHQ is like a guardian angel watching over all of us, but its annual report is a reminder to always be wary of computer identity theft.

Turning to global markets, investors appear to believe that central bankers continue to be our guardian angels.

Investors remained focused on the US/China trade situation and the interest rate decision from the US Federal Reserve (Fed) this week, amid consensus for a 25bp rate cut. Lower global economic growth forecasts and weak Eurozone manufacturing data increased hopes of supportive action from central bankers. This has driven the yield on German 10-year bunds to an all-time low of minus 0.43%.  Even more staggering is the fact that Greek 10-year bonds now yield under 2%, reflecting how QE, or rather the hope of QE can distort financial markets. Meanwhile, the US S&P 500 Index hit a new all-time high helped by Fed interest rate cut hopes and generally positive second quarter earnings season. However, the more industrial biased and concentrated US Dow Jones Index was weighed down by reduced earnings guidance from global industrial bellwether Caterpillar.

There was some slightly more positive news about US and China trade tensions. China is reported to be considering buying more American agricultural produce, while US negotiators are visiting Beijing this week for more talks. However, a major breakthrough on points that led to May’s breakdown in negotiations remains unlikely. White House officials also met with American technology companies to discuss a possible reprieve for Chinese telecom company Huawei.

Turning to Brexit, Boris Johnson was installed as UK Prime Minister as expected and there followed an unprecedented changing of the guard in the Cabinet. Looking ahead at his first 100 days in office, he will be walking a tightrope. Essentially, he needs to get a Brexit deal agreed with the EU and preferably one that Parliament will vote through.  He has to avoid a no-deal crash-out Brexit, as under that scenario he might not survive and then it is likely that he would call a snap general election to gain a mandate and sufficient majority to govern. The Conservative/DUP majority stands at just two MPs but could be reduced to just one MP with a Brecon by-election on 1st August. Bookies are already offering odds of 8/13 for a general election before Brexit and 9/4 of him resigning as PM before the end of 2019. Reflecting the uncertainty, Sterling just hit its lowest against the US Dollar since March 2017, due to concerns of a no-deal.

In Europe, trade tariff and Brexit uncertainty saw the ongoing contraction in manufacturing activity indicators in July to a three-month low. Germany which is the most exposed country, saw manufacturing activity indicators drop to a 7- year low. The European Central Bank (ECB), at its press conference, said it was ‘examining options for the size and composition of potential new net asset purchases.’ The ECB also extended the period it expects interest rates to remain at historically low levels into first half of 2020 and some economists now expect an interest rate cut possibly in September, particularly as ECB President Mario Draghi said ‘the outlook is getting worse and worse.’

In the US, the financial media reported that negotiators are closing in on a two-year federal budget and debt ceiling deal that features less in spending cuts than the White House has requested. The US Justice Department (DoJ) announced an investigation into leading online platforms, examining whether they are unfairly restricting competition. While the DoJ did not name any firms, companies such as Facebook, Google, Amazon and Apple are likely to be scrutinised.

PM Shinzo Abe won the Japanese general election convincingly, but failed to win the expected super majority that would allow him to fulfil his long-cherished ambition of revising a pacifist Constitution. Nevertheless, it ensures his place in history as Japan’s longest serving PM at a time when Japan faces a number of challenges from a rapidly ageing population, tensions with some Asian neighbours and forthcoming trade talks with the US.

Brent oil remained above $63 amid simmering tensions in the Gulf and due to a sharp drop in US oil inventories.

Finally, an amusing observation from a Conservative MP which pretty well sums up the current UK political and Brexit uncertainty. ‘The only thing that’s certain is that Larry the Cat is going to stay in his place as the Downing Street Cat. Prime Ministers come and go, Larry remains in place’.