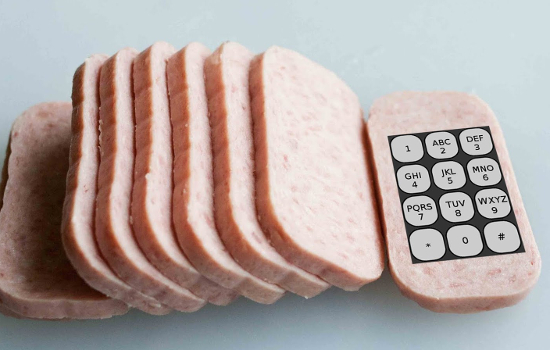 The total PPI claims bill has still to be finalised, but is now expected to be well in excess of £50bn! A staggering amount of money and a major windfall for consumers.

The FCA’s PPI claims advertising campaign in the run up to the final deadline of 29th August 2019, appears to have worked too well. The campaign which featured an impression of Arnold Schwarzenegger cost £42m but was funded by the banks that mis-sold PPI. However, the UK’s high street banks look to have been swamped by a last-minute surge of claims partly driven by the advertising campaign as well as promotions by PPI legal claim specialists.

Lloyds Banking Group is the latest to issue a trading update due to PPI claims. Lloyds said that it had seen a ‘significant spike’ in claims in the run-up to the final deadline and as a result would take an extra charge of between £1.2bn-£1.8bn. Compared to an average of 70,000 requests a week at the start of 2019, in July Lloyds had expected PPI claims to run at about 190,000 a week but this jumped to between 600,000 to 800,000 in August. As a result of this, Lloyds has also decided to suspend the remainder of its 2019 share buy-back programme.

Other banks have also reported significantly higher than expected last-minute PPI claims. RBS said it expected to take an additional charge of between £600m-£900m, while CYBG, the holding company of Clydesdale Bank, Yorkshire Bank and Virgin Money UK, announced an extra provision of between £300m-450m. Barclays Bank has increased its provision by between £1.2bn-£1.6bn.

Whilst PPI has generated annoying adverts, spamming calls and texts, it has also provided a significant boost to consumer spending. The last-minute PPI claims stampede may provide a small boost for UK consumers, ahead of Christmas, but the UK economy will no longer benefit from this windfall in 2020. However, bank shareholders will no doubt be glad to see the back of PPI.

A drone attack on Saudi oil facilities over the weekend removed around 5.7Mbpd of output, representing 5-6% of global supply. Although Brent has now pared some of its gains, the initial spike of 19% marked the largest gain on record. The single worst supply disruption ever was claimed by a Houthi rebel group, while US Secretary of State, Mike Pompeo, accused the Iranians as there was “no evidence the attacks came from Yemen”.

Last week attention turned once again to central banks, with the European Central Bank (ECB) resuming QE stimulus, and it is widely expected that the Federal Reserve (Fed) in the US will cut interest rates later this week. Hopes of government fiscal stimulus were raised after comments from Germany’s finance minister. The slight de-escalation in US and China trade tensions saw bond yields rise, while equities saw a marked shift from defensive growth towards cyclical and value shares.

President Trump said China wants to talk and discussions will be held this week. Treasury Secretary Steve Mnuchin said that both sides have a conceptual agreement on enforcement. There were reports that China would offer to buy more US agricultural products in exchange for tariff delays and a reprieve for Huawei. China’s Ministry of Finance did however exempt some 16 US products from additional retaliatory tariffs, including whey and fish meal. In turn, President Trump announced he was delaying the tariff rate increase on $250bn of Chinese goods that was scheduled for 1st October by two weeks. The latest developments fit with recent signs of a thawing in trade tensions, but these latest developments look largely symbolic.

Meanwhile, yet another victim of the Trump administration as John Bolton, National Security Adviser, was effectively fired. Will this lead to a less confrontational international strategy from the White House?

Parliament has been suspended for five weeks, with MPs not due back until 14 October, just ahead of the next EU summit. Before suspension, PM Boris Johnson’s bid to call a snap election in October was defeated for a second time. The PM visited Dublin to discuss Brexit. There were a number of reports pointing towards a ‘Northern Ireland only’ backstop as a solution to the impasse. This would see Northern Ireland in a customs and regulatory union with the EU over the backstop period. This idea was rejected back in December as the DUP objected to it.  Focus will turn this week to the Supreme Court after the decision by the Scottish Court to declare that prorogation of Parliament is unlawful. Turning to thoughts of a general election at some point, PM Boris Johnson rejected Nigel Farage’s offer of an alliance to unite ’Leave’ voters.

The UK economy grew faster than expected in July at 0.3%, easing fears that it could fall into recession. The services sector, which is estimated to account for 80% of the economy, was the main driver. There was further encouraging news for the UK economy with a further improvement in wages, which increased by 4% in the three months to July.

In Europe, the European Central Bank (ECB) reduced its deposit rate to -0.5% from -0.4% and said it will resume QE stimulus from 1st November on an open-ended basis, with net asset purchases of €20bn per month.

In the US, later this week the Federal Reserve (Fed) is due to update markets on interest rate policy. The Fed is widely expected to cut interest rates by 0.25% although some, including President Trump, are hoping for something more aggressive than this.

In China, CPI inflation increased to 2.8% driven by higher meat prices as swine fever pushed up pork prices. However, producer price inflation dipped further into negative territory with companies cutting prices in order to offset weak external demand compounded by trade tariffs. China is reported to be considering further stimulus measures to cushion the economy from the trade war with the US, as industrial production unexpectedly lost further momentum in August, rising just 4.4% compared to last year, representing the weakest increase in 17 years. Chinese Premier Li Keqiang said in an interview it will be very difficult for the country’s economy to grow at an annual rate of 6% or more in the current global climate, putting the current GDP growth projection at risk.

Saudi Arabia has removed its energy minister. He is replaced by Prince Abdulaziz bin Salman, breaking long time convention that members of the ruling family are not appointed to that position. Last week, prior to the drone attacks, Brent oil slipped to $61 as OPEC cut its 2020 global oil demand forecast due to slower economic growth, albeit this brings it into line with market expectations which had been lowered previously.

Finally, talking of RIP PPI. The Chancellor has recently decided not to tamper with RPI (Retail Price Index) at the moment, as it is too ‘embedded’ in the UK economy. However, CPI (Consumer Price index) may replace RPI from 2025 which, given it has been about 1% lower, would, if implemented adversely impact index-linked gilts maturing after this date.