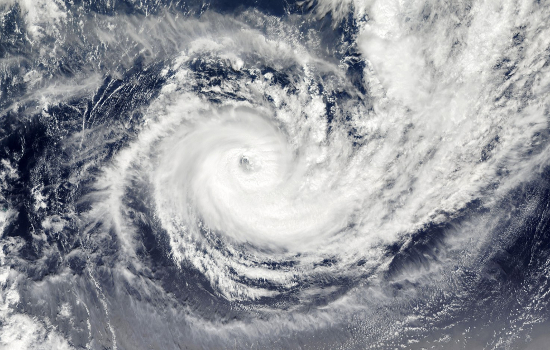 Russia’s weather service, recently reported that radiation levels had spiked sixteen times higher than normal in the far north of the country. This appeared to follow a fatal explosion in the port city of Severodvinsk where Russia’s state nuclear agency, said a nuclear-powered engine was being tested. Western military experts believe that this could be connected with a new nuclear-powered cruise missile, ‘Skyfall’ which President Putin referred to in a speech to the Russian parliament in March 2018.

Following the accident President Trump suggested that Russia was testing a nuclear-powered cruise missile. He tweeted that the US was developing a ‘similar, though more advanced technology’. Besides the radiation fallout from the explosion, this is another worrying sign of a new ‘cold war’  arms race between Russia and the USA.

It sounds as if President Trump may have his own alarming nuclear plans. However, he has denied reports that he wants to explore using nuclear weapons to destroy hurricanes as ‘fake news’.

Hurricane Dorian, a category 5 storm with winds of 185mph devastated the low-lying Bahamas last week. Scientists cannot say whether climate change is increasing the number of hurricanes, but the ones that do happen are likely to be more powerful and destructive. More hurricanes, like this one, are likely to hit the US but we doubt this will change President Trump’s views on climate change. While the planet is heating up, relations between the US and its rival super-powers, China and Russia, have been growing colder.

Political mayhem in the UK! At one point, Sterling dropped below $1.20 as no deal Brexit loomed – the lowest level since 1985, before rallying to above $1.23 as no deal Brexit was blocked by MPs. With Brexit delays and another general election looming, it feels very much like Groundhog Day.

Elsewhere, headlines surrounding US/China trade talks continued to be confusing, but it seems as if the US and China will now meet in October rather than September. Deputy- level meetings will instead take place in September. However, there was some relief in Asia, with Hong Kong’s leader Carrie Lam announcing the withdraw of the China extradition bill. This should help defuse tensions but is unlikely to mark an end to the protests for full democratic rights which are now in their fourteenth week.

China lodged a formal complaint with the World Trade Organisation over the latest US tariffs. Trump tweeted ‘we are doing well in our negotiations with China’ but once again warned China not to wait for the outcome of the US Presidential election as any trade deal will be much tougher when he is re-elected. It remains unclear whether the two sides can bridge substantial differences. China has insisted all tariffs be scrapped before any deal while President Xi is also under pressure not to be seen caving in to US demands on structural reform.

It was a pivotal week for UK politics. Boris Johnson lost his first vote as PM as 21 Conservative rebels (including two former Chancellors and the grandson of Sir Winston Churchill) and opposition MPs voted to bring a bill requesting a delay to Brexit. MPs then passed the bill forcing the government to request an extension from the EU to 31st January 2020 to the Brexit date if no deal is reached by 19th October. It is set to receive Royal Assent today. There were some question marks over whether the government would ignore the law in light of the PM’s comment that ‘he would rather die in a ditch’ than request an extension. The government is due to table another general election motion today but it is expected to lose. The bad news continued for the PM over the weekend with the resignations of Jo Johnson and Amber Rudd, leaving the government now 45 short of a majority, an untenable position. Meanwhile, President Macron is reported to be holding the hard line as before, by threatening to veto a further extension to Article 50.

Boris Johnson’s ‘Plan B’, a snap general election was rebuffed by Labour. Given the complex web of plays by each political party, the timing is still hard to call but a general election in November is most likely. While the Conservatives have enjoyed something of a ‘Boris bounce’ in polls in recent weeks, the Labour party will be hoping the new PM ‘has egg on his face’ from not delivering on his ‘do or die’ 31st October Brexit pledge. In addition, some Conservative MPs risk seeing their vote split by the Brexit party, the Lib Dems are polling close to 20% which could pressure some Conservative MPs in the South-West, while in Scotland, Ruth Davidson’s departure could put the 13 Conservative seats at risk. One further thought – an estimated 2million young people who were unable to vote in the 2016 EU Referendum will be eligible to vote in the general election. Previous polls have suggested some 75% of these would have voted ‘remain’ and the Liberal Democrats will no doubt be targeting these new voters. A general election result, like Brexit is far from clear.

The political mayhem completely overshadowed Chancellor Sajid Javid’s spending plans for fiscal 2020/21 which, pledged to ‘turn the page on austerity’ by adding £13.4bn to public spending. Bank of England governor Mark Carney appeared before the Treasury Select Committee and acknowledged that the downside risk to the UK economy from a disorderly Brexit are lower than when last estimated in 2018, thanks to preparations made by businesses this year. Meanwhile, the August ‘flash’ manufacturing activity report stated that the sector is afflicted by ‘creeping dread’. The activity reading dropped to a seven -year low, with a sharp decline in new orders reflecting weaker global confidence and Brexit uncertainty. British Retail Consortium sales data for August showed flat sales volumes, as consumers cut back on non-essential purchases. Construction activity dipped slightly in July, but the sector saw the biggest drop in new orders since the financial crisis. The service sector also contracted in August, suggesting the UK economy may have shrunk by 0.1% in the third quarter.

In Europe, ‘flash’ manufacturing activity for August improved slightly but remains in contraction territory with Germany the weakest country. Eurozone business confidence fell to its lowest level since 2012.

US manufacturing activity contracted for the first time in three years and there was a notable decrease in business confidence. The Federal Reserve (Fed) monthly ‘Beige Book’ economic report said the US economy is expanding at a modest pace with many businesses still optimistic despite tariff and trade uncertainty. However, the Fed members still appear divided over interest rate policy with one calling for a 0.5% cut, while another argued there was no need to ease.

In China, activity in the services sector improved to a three- month high but export growth turned negative in August. The authorities provided more support by cutting the bank reserve requirement ratio to stimulate the economy and support small businesses.

The ongoing trade and diplomatic dispute between South Korea and Japan, was reflected in the latest car export data. Japanese car sales in South Korea dropped by 57% in August. Meanwhile, Japan’s second quarter economic growth was revised down to an annualised 1.3% due to lower business investment.

Brent oil edged up above $62 on news of a resumption of US/China trade talks.

Finally, how times change. Marks & Spencer has been demoted from the UK’s share index of 100 largest quoted companies. It is another casualty of the structural shift to online retailing in the UK and a reminder that businesses continually need to evolve and adapt to survive. Sadly, ‘Established  1884’ counts for very little these days with either consumers or investors.