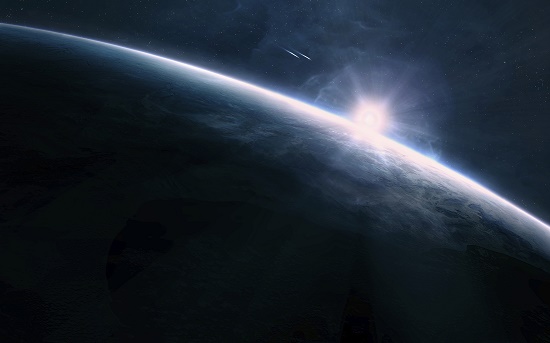 Has Vladimir Putin been watching the 2013 film ‘Gravity’?

Sandra Bullock plays an astronaut whose Space Shuttle Explorer is destroyed by a cloud of space debris caused by the Russians shooting down a presumed defunct Russian spy satellite in low Earth orbit.

Last week, the US condemned Russia for conducting a ‘dangerous and irresponsible’ missile test that it says endangered the crew aboard the International Space Station (ISS). The test saw Russia fire an anti-satellite missile at one of its own satellites, generating over 1,500 pieces of trackable orbital debris, as well as hundreds of thousands of smaller orbital debris. The ISS crew which comprises four Americans, two Russians and a German were forced to shelter in capsules.

The Russian anti-satellite missile test comes at a sensitive time.  Relations between Europe and Russia have not been helped by the recent energy crisis and questions over security of gas supply from Russian state-owned Gazprom.  Furthermore, tensions between Belarus/Russia and the EU/Poland have increased with the growing migrant crisis along the Belarus-Poland border. Meanwhile, US military analysts have been highlighting the build-up of Russian military forces along the border with Ukraine.

A flexing of muscles or the start of something more ominous?

Meanwhile, Chinese President Xi Jinping has used a virtual summit with US counterpart Joe Biden to warn that encouraging Taiwanese independence would be ‘playing with fire’. President Biden urged President Xi Jinping not to allow competition between the US and China to ‘veer into conflict.’

All three super-power presidents are each facing major domestic challenges and we must hope some of the recent global posturing and actions are an attempt to deflect attention back home away from these issues.  Let’s hope no one gets trigger happy as the world has enough challenges already with global warming and Covid-19 without adding conflict to the list.

Another week with investors focusing on consumer confidence and inflation data. China’s ‘Singles Day’ for online consumers was restrained and maybe ‘Black Friday’ will follow suit in the West as consumers hold back? UK inflation data may not help. Given the rising cost of living, will consumers hold onto cash for a rainy day? Meanwhile, more and more companies are highlighting cost inflation and global supply disruption challenges. One interesting thought post COP26 – many things are likely to become more expensive as we become ‘greener’. Cars will cost more as EVs are expensive to build and chip shortages have raised unit costs. New EV factories, higher energy costs and rising raw material costs (copper, lithium) will also need to be paid for. Is current inflation transitory? At least global freight rates appear to be easing, with the Baltic freight index falling to a 5-month low.

Covid-19 also reared its head again with rising cases across parts of Europe. Following new measures by Austria and the Netherlands to combat rising infections, Germany has reported a significant spike in cases with Chancellor Angela Merkel saying a ‘fourth wave has hit with full force’. China is also battling its biggest outbreak caused by the Delta variant.

A relatively low uptake of Covid vaccines across some parts of Europe has forced governments to reimpose social restrictions ahead of Christmas. As a result, opposition to these measures has led to increased violence and civil unrest over the weekend.

Brexit also re-surfaced once again, or specifically Clause 16, as PM Boris Johnson said it ‘would be perfectly legitimate for the UK to suspend part of the deal with the EU, though his government still wants to negotiate a solution to their escalating trade spat’. Businesses will be hoping the UK and EU can resolve their differences as further trade disruption would be most unwelcome.

In the UK, Bank of England governor Andrew Bailey was speaking to MPs and seemed to change his mind again on inflation and interest rates. ‘I’m very uneasy about the inflation situation and the labour market is the crucial part of the rates call. The UK labour market looks tight and companies are having to pay up to recruit’. Subsequent UK jobs data therefore appeared to some as a green light to an interest rate hike in December, with the continued increase in employment in October and record vacancies, despite the end of furlough. However, wage growth appears to have slowed from 6% last month to 4.9%. Inflation in September was higher than expected at 4.2% – that is more than twice the Bank of England target level. More significantly, for old timers, like me, the ‘flawed’ RPI measure was 6% – the highest level since 1991.

Furthermore, UK retail sales for October reported at the end of the week were strong as consumers started their Christmas shopping earlier than usual. Clothing sales reached their highest level since the start of the pandemic and consumer confidence also improved in November, including people’s perception of their personal financial situation.

In the US, retail sales in October were robust and extended the run of higher sales gains to three months, although there has been a drop in consumer confidence in November perhaps due to rising inflation. One member of the US Federal Reserve commented that he expects ‘inflationary pressures to recede, but they’re taking longer than expected and we will be watching this well into the middle of next year’.

Japan’s trade data for October was slightly weaker than expected with a large drop in car exports as manufacturers scaled back production due to supply chain shortages.

China’s economy performed better than expected in October as retail sales climbed and energy shortages eased, though a slump in property and rising Covid-19 outbreaks show the recovery is not on solid ground yet. Industrial output rose by 3.5% in October while retail sales increased by 4.9%. Alibaba’s Singles Day – the world’s biggest online shopping event hit a record high of £63bn with sales growth of 8.5%, albeit this was the slowest rate of growth since launch in 2009. Meanwhile, new house prices dropped by 0.2% in October – the first decline since early 2015.

Brent oil dropped below $80 on speculation of co-ordinated moves by the US and China to release strategic reserves. Global oil markets remain tight as demand returns towards pre-pandemic levels, although optimism is countered by a pick-up in Covid-19 cases in Europe. Meanwhile, European gas prices jumped after Germany’s regulator failed to approve Russia’s new Nord Stream 2 pipeline.

Finally, it’s not good news for turkeys, but at least Christmas is saved! The British Poultry Council (BPC) has said there will ‘definitely’ be enough turkeys for Christmas. The BPC believes that about half of the visas issued to temporary workers from the EU have been taken up – enough to manage. Unfortunately, there are still widespread staff shortages across a number of UK industries.