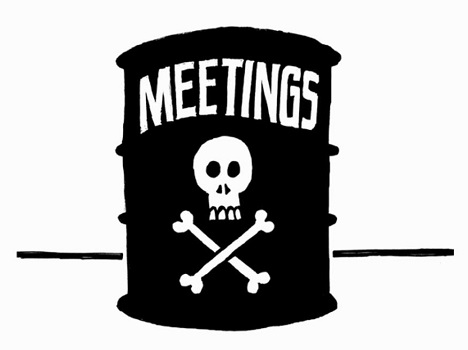 Sadly, COP26 was a stark reminder, if ever one was needed, not only of the challenges to our planet from global warming, but also getting everyone to agree on to the scale of the issues. The landmark closing climate deal was watered down, no doubt with polluted water, due to two coal powered countries – India and China. Toxic power plays.

However, in moving away from toxic fossil fuels, alternative energy solutions may be required that may not be popular with everyone. In the UK, nuclear is one of the contentious ‘marmite’ options and could be in the cross -hairs once again with the development of Small Modular Reactors (SMRs).

Rolls Royce SMR power stations have been designed to deliver low cost, net zero carbon nuclear power. These are based on the technology used in nuclear powered submarines and will be capable of generating 500 megawatts of power. This is equivalent to more than 150 onshore wind turbines. Each is estimated to cost around £2bn. Advocates of SMRs believe their smaller size means they can be built in a controlled factory setting and installed module by module, reducing both risk and cost.

The SMRs are not expected to be a substitute for another large-scale nuclear plant such as the £23bn Hinkley Point C reactor, but could be brought on stream relatively quickly to support the energy network. The hope is to have the SMRs operational by the early 2030’s.  Currently about 21% of the UK’s electricity generation comes from nuclear.

As part of its 10-point green energy plan, the government has already announced it would provide £210m in funding to support the development of SMR technology. Rolls Royce recently announced the second phase of its SMR programme, which will include entering the UK licensing process, supported by new third-party investment that will unlock the multi-year Government funding.

The planned locations of the SMRs are not yet known but before anyone starts panicking, these are likely to be on existing nuclear sites rather than built on the edge-of-town alongside your supermarket!

Inflation and the Chinese property sector defaults overshadowed markets once again last week. US inflation reached a 30-year high as consumer prices continued to soar. The US 10-year breakeven rate touched a 15-year high, reflecting expectations for higher inflation. The rate reflects the difference between the yield of a nominal bond and an inflation linked bond of the same maturity.  The Federal Reserve warned that stresses in the Chinese property development sector posed some risk to the US financial system. With more defaults in the Chinese property sector there were signs that the sell-off in property bonds might be spilling over into the broader Chinese credit market.

With COP26 over, Brexit resurfaced to capture headlines. Chief negotiator Lord Frost told the House of Lords that suspending the Northern Ireland protocol, by triggering clause 16, will be the ‘only option’ if the now four weeks of UK-EU talks fail to resolve problems. The EU is no doubt drawing up reprisals should this happen. Hopefully, common sense prevails to avoid further supply chain disruption but we are talking about politicians! Europe also has additional challenges with the migrant crisis along the Polish-Belarus border while US military analysts are also highlighting Russian military activity near Ukraine.

Monthly GDP figures showed that the UK economy grew by 0.6% in September, ahead of expectations but countered by a revision downwards of previous months. The net result is that economic growth in the third quarter was lower than forecast at 1.5%. Encouragingly, the growth in September is only marginally below February 2020 pre-Covid-19 levels suggesting that UK economic output should regain pre-pandemic levels in the fourth quarter of 2021. The UK economy is expected to grow by about 6.9% in 2021 – outperforming expectations at the start of the year. Looking ahead, the economy faces a number of well-publicised headwinds and much will rest on consumer confidence, given an estimated £150bn of excess household saving during lockdown. Meanwhile, US inflation data saw Sterling weaken against the US Dollar to $1.34 which may create an additional headache for the Bank of England given how much the UK imports, although exporters and overseas earners may be happier.

In the US, CPI reached a 30-year high as consumer prices continued to soar. Inflation in October hit a staggering 6.2% and was well ahead of economists’ estimates and September’s reading. More alarmingly, was the broadening of the upward price pressures beyond obvious areas such as higher energy bills. Comments from members of the Federal Reserve (Fed) have made it clear that for now the focus is on tapering its $120bn per month QE stimulus programme. However, following this latest inflation data, speculation is mounting regarding the timing of a potential interest hike. Pressure appears to be building on the Fed to move sooner rather than later.

The Fed highlighted the risks to the US from the Chinese financial system and property developer Evergrande. In the meantime, Evergrande management appear to be ‘spinning plates’ and pulling out all the stops just to meet deadlines for interest payments. The company is reported to have sold a small stake in a Chinese media company for $145m and avoided defaulting this month at the eleventh hour. Evergrande has $366m of interest payments next due in January.  The People’s Bank of China has continued to inject liquidity into the banking system. Meanwhile, soaring energy prices saw China’s factory inflation rise at a record pace with October PPI at 13.5%. The fall-out from the Chinese property sector problems was reflected by comments from some steel producers which said they expected steel demand to contract this year. China accounts for more than 50% of global steel demand. The price of iron ore continued to fall on this news.

Brent oil edged lower to $81 as the US Dollar strengthened on higher inflation/interest rate guidance while President Joe Biden said his administration was looking for ways to reduce energy costs amid a broader surge in inflation. Despite the lifting of US air travel restrictions, OPEC cut its 2021 oil demand forecast.

Finally, while the UK government feels slightly accident prone given the shortage of HGV drivers and recent petrol crisis, perhaps we should remember that other countries face similar problems. The American Trucking Association estimates that the US is short of 80,000 truckers -an all-time high for the industry. Global supply chain disruption and wage pressure looks as if it is going to be with us for a good while yet. Inflation is looking less transitory.