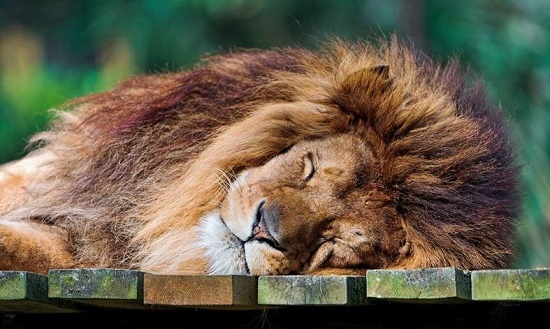 Just under a year into his presidency and Joe Biden, or ‘Sleepy Joe’ as Donald Trump called him, has seen his popularity plummet in recent polling. The Democrats are struggling to get key policies passed and his public image has not been helped by images of him nodding off at COP-26.

In a recent press White House briefing following reports that China had tested a hypersonic missile, President Joe Biden was asked by reporters if he would come to Taiwan’s defence in the event of an attack by China. He replied ‘Yes, we have a commitment to do that’.

A spokesperson later attempted to water down the President’s bold statement by saying that the US was ‘not announcing any change in its policy and there is no change in its policy’. While the US is required by law to provide Taiwan with the means to defend itself, in Layman’s terms, US policy appears to be one of ‘strategic ambiguity’ where it is deliberately vague about what it would do if China were to attack Taiwan. Tensions have been building between Taiwan and China in recent months after large numbers of Chinese military aircraft have flown into Taiwan’s air defence zone.

As a result of the Korean War and the Cold War, Taiwan became a key US ally. After the US and China re-established relations in 1979, there was an uneasy agreement that all sides would agree that there was One China, but not agree over whether the Beijing or Taiwan regime was actually the legitimate republic. Forty year later and President Xi Jinping, is insistent that unification must come soon, while the fate of Hong Kong has led Taiwan’s population to become increasingly hostile to a closer relationship with the mainland.

Should investors be concerned? Well, China’s military might its growing but an invasion of Taiwan seems unlikely particularly as China has the challenges of post-pandemic recovery (power shortages) and greater internal regulation (Evergrande). However, America may not have done Taiwan any favours with its abrupt withdraw from Afghanistan and the message this sends about allies. One thing worth bearing in mind is that Taiwan is very important in the global supply chain as the world’s leading manufacturer of semi-conductor chips as the motor industry is currently discovering.  While an invasion or war is highly unlikely it only takes a small accident or human error to trigger an escalation.

An equally scary thought, could we really see the return of Donald Trump?

The COP26 conference in Glasgow has been making most of the headlines and has important long-term implications for investors and company ESG strategies, but it was also a huge week for central banks. Bank of England Governor Andrew Bailey completely blew it after having previously signalled a rate rise was imminent -his predecessor Mark Carney had the same habit earning him the nickname ‘the bad boyfriend’!

While central bank decisions dominated the news last week, markets were supported by a slew of positive news from the US. The US third-quarter company earnings season which is now largely complete, has seen 80% of reported earnings per share beat analyst forecasts -pretty impressive! In addition, US Congress finally passed the $1.2trillion infrastructure bill, US jobs news was good while Pfizer announced a new pill that cuts deaths and hospitalisations by almost 90%.

Turning to the central banks, the main focus was on the statements from the Federal Reserve (Fed) and Bank of England (BoE) although there were updates from a number of others. While most of the leading central banks have been sticking to the transitory inflation message, they must be feeling increasingly nervous with prices rising. The previous week’s showing by the European Central Bank (ECB) was less convincing as October CPI inflation came in above expectations at 4.1%. Poland’s central bank also raised interest rates by 75bps to 1.25%. Canada’s central bank brought QE stimulus to an abrupt halt rather than continue tapering and raised its annualised inflation forecast to 3.4%. South Korea’s central bank highlighted inflation above its expectations at 3.2% and that it expected global commodity and supply chain pressures to last longer than originally thought.  Meanwhile, the Bank of Australia has abandoned its yield target in holding down the general structure of interest rates.

The Bank of England held the base rate at 0.1%, surprising cash markets that were pricing in a 0.15% hike. The committee also voted 6 to 3 to maintain its QE stimulus programme. The BoE stated that it expects inflation to fall below its 2% target in Q4 2023 although did add that inflation could peak at around 5% by April. Sterling slipped back below $1.36.

The US Fed confirmed a ‘dovish taper’ with a message that the conditions for an increase in interest rates are a long way from being met. The Fed will end its $120bn QE programme by cutting asset purchases by $15bn per month, at which rate it should complete tapering over eight months. Tapering should therefore end around mid-2022 when economic conditions will dictate what happens next. The Fed is still of the view that current inflation pressures are transitory being due to supply-demand imbalances or bottlenecks, although Fed Chair Jerome Powell admitted they have taken a ‘step back from transitory’. Interest rates will not rise until the goal of maximum employment is in sight, likely to be late next year.

Inflationary pressures appear to be mounting everywhere. For example, the price of wheat hit a 9-year high, as demand drained world supplies constrained by dry weather in the Black Sea region and North America. Meanwhile, potash prices have risen by $528 over the last 12-months and are pushing $800. In addition, shipping hubs continue to struggle with backlogs as containers continue to pile up from Singapore to Piraeus in Greece.

In the UK, as part of Cop26, Chancellor Rishi Sunak has announced that financial institutions and companies listed in the UK will be forced to publish their plans on how they will transition to net zero. The move is targeting ‘greenwashing’.

In the US, the ISM service sector activity indicator recorded growth for the seventeenth consecutive month, although respondents highlighted the ongoing supply chain disruption and shortages of labour. There was positive employment news with non-farm payroll numbers comfortably exceeding forecasts. Meanwhile, the US Congress finally approved the $1.2trillion infrastructure investment bill.

Chinese Premier Li Keqiang said pre-emptive steps and fine-tuning of policies are needed to address challenges facing the economy, as concerns build over slowing growth. He called upon authorities to ensure supplies of major agricultural goods and improve capacity reserves. In addition, he suggested local authorities reduce fees and taxes for smaller businesses as they account for 80% of urban employment. Besides power outages and a troubled property development sector, China is also facing challenges from fresh Covid-19 outbreaks and its zero tolerance Covid-19 strategy. However, there was some more encouraging news as despite power outages impacting China’s manufacturing sector as exports in October were up by 27% on a year ago.

OPEC+ delivered barely half of the intended production increase planned for October due to difficulties faced by Angola and Nigeria. Brent oil held at around $83.

Finally, a digital token inspired by the popular South Korean Netflix series Squid Game has lost almost all of its value as it was revealed to be an apparent scam. Squid, which marketed itself as a ‘play-to-earn cryptocurrency’ had seen its price soar in what is commonly known as a ‘rug pull’ scam. Squid’s developers are estimated to have made off with almost £2.5m.

Read Last Week’s Alpha Bites – Digging a Hole for Ourselves