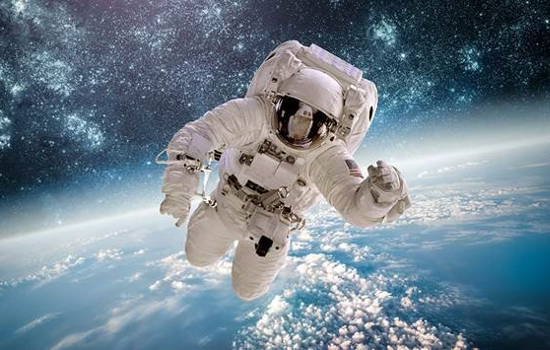 The 2013 multi-Oscar winning film ‘Gravity’, featured two American astronauts attempting to return to Earth after the mid-orbit destruction of their shuttle by space debris.

After 60-years of space exploration the Earth’s atmosphere has a mass of debris, ranging from old rocket bodies and defunct spacecraft to screws and even flecks of paint. The average failure rate of satellites launched is about 10 percent and some 7,500 tonnes of space junk is estimated to be circling the earth, which poses a collision hazard to operational missions.  Travelling at up to 17,500 miles per hour, even a minute object impacts with enough energy to damage the surface of a satellite or manned spacecraft.

On the 2nd April, an EU funded experiment to tackle space junk, led by the University of Surrey’s Space Centre, was sent into orbit. The RemoveDebris system is due be deployed from the International Space Station (ISS) for trials in May. RemoveDebris carries its own ‘junk’ – two small cube satellites that will be ejected, tracked and hopefully captured using a net and harpoon system. The harpoon technology has been supplied by Airbus and the launch has been organised by Nano Rocks, a US company that specialises in deploying small satellites from the ISS.

The project is a useful reminder of international co-operation and the UK’s leading space technological expertise. However, it also raises the question of the UK’s involvement in future space experiments following Brexit as half of the £13m cost of this project has been funded by the European Commission. Following Brexit, will the UK government devote some of the money that it would have paid to the EU into space projects like this or will it focus primarily on funding schools and the NHS?

The apparent easing of trade tension between the US and China together with encouraging messages from North Korea, provided a supportive prop to risk assets along with a solid US earnings season and corporate activity. However, despite global economic growth forecasts being revised upwards, uncertainty remains and the US 10-year Treasury yield hit a four-year high of 2.96%. Markets will be watching leading economic activity indicator data in Europe and other regions this week to see if trade war uncertainty is affecting business confidence. Brent oil above $73 is also a possible headwind, as is the rise in some other commodities such as aluminium.

Turning to trade, tensions appeared to have eased further over the weekend as the US Treasury Secretary Steve Mnuchin said he’s ‘cautiously optimistic’ on reaching a trade deal with China and that a ‘trip to China is under consideration’. China’s Ministry of Commerce said it would welcome such a visit.   A further tentative sign of de-escalation was China’s announcement that the 50% ownership cap for foreign carmakers on local China car producers is to be gradually removed over the next few years.

The big political event this week is likely to be the summit held between South Korea and North Korea. President Trump appears to have softened his expectations as he tweeted ‘We’re a long way from conclusion on North Korea… only time will tell’.

Not content with just trade wars, President Trump turned to currency wars, tweeting ‘Russia and China are playing the currency devaluation game as the US keeps raising interest rates. Not acceptable!’ He also dropped a tweet bomb where he accused OPEC of artificially driving up oil prices.

Elsewhere, trade tariffs and sanctions continued to impact parts of the global financial system. Following US sanctions against Russian aluminium producer, RUSAL, aluminium prices have rallied to their highest level since 2011. This is not good news for major aluminium users such as car makers, construction or packaging manufacturers.

The IMF increased its global economic growth forecast for 2018 from 3.7% to 3.9% but warned this could be at risk from policies that harm international trade.

In the UK, wage growth in the three months to February was 2.8%. In March, headline CPI inflation dropped to 2.5%. With inflation easing in the first quarter and expected to moderate further, it looks as if the real income squeeze on consumers looks set to turnaround albeit with a further Bank of England rate hike on the horizon. The probability of an interest rate rise in May now stands at 80% against 97% previously.

In Europe, one of the European Central Bank committee members noted ‘the growth outlook confirms our confidence that inflation will converge toward our aim of close to 2% over the medium term’ but reiterated that the immediate current inflation ‘remains subdued’ and an ample degree of stimulus remains necessary.

US retail sales in March were boosted by a recovery in car sales and bigger-ticket items.

Japanese PM Shinzo Abe’s political crisis deepened after polls showed that ‘cronyism scandals’ have pushed his support to a record low prompting some to demand his resignation in June.

According to official data, the Chinese economy grew by 6.8% in the first quarter of 2018 and ahead of the growth target of ‘around 6.5%’. Despite official efforts to cool growth in the sector, property investment growth accelerated to a three-year high of 10%. Investors will be watching developments on US trade talks closely given export growth could be at risk.

Brent oil has rallied 20% from its 2018 low and briefly hit a four-year high of over $74 on geo-political uncertainty and talks between Russia and OPEC, with Saudi Arabia believed to be keen to extend production cuts into 2019.

Finally, Betway, the online bookmaker, has suspended betting on the next Governor of the Bank of England after Mark Carney steps down in mid-2019. Andrew Bailey, who is currently Chief Executive of the Financial Conduct Authority was available at 9/1 but as a result of a sudden influx of bets on him, Betway say they have had no choice but to suspend the market. We trust no one is dealing on inside information!