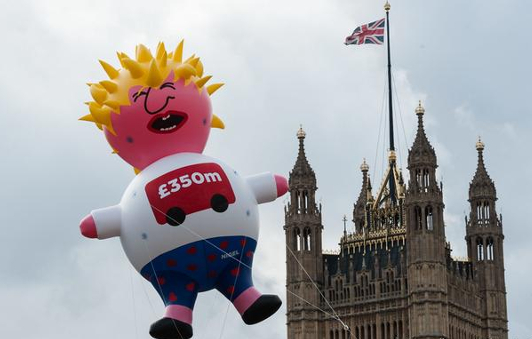 Helium (He), is an inert gas with one of the lowest boiling points of any element. It is therefore used as a cooling medium in a range of applications from satellites to medical MRI scanners, as well as the Large Hadron Collider. A mixture of helium and oxygen is also used by deep sea divers.

Helium gas is formed by the decay of radioactive rock and deposits are collected as a by-product of the gas industry. As the process to separate helium from natural gas is expensive and time consuming it is relatively rare. There is no central wholesale price for helium because it is not traded on global markets.

The US national helium reserve which was established as a strategic store for helium for US airships is the main supplier of the gas and holds annual auctions. However, the US government indicated that the last auction in August 2018 was likely to not recur until 2021. As a result, the average price for crude helium increased by 135% as industrial users sought to stockpile. One of the UK’s biggest helium suppliers, BOC has warned that orders may be restricted due to the current shortage.

If you are planning any birthday celebrations it looks as if the price of helium filled party balloons is likely to keep going up and up. Following last year’s CO2 shortage, the latest helium shortage is a reminder that many industries face day-to-day challenges from raw material availability and cost inflation.

Boris Johnson needs all the help he can get right now to deliver Brexit. Unfortunately, our MPs do not appear to be able to agree on anything. When will they realise the UK economy needs an end to this uncertainty?

The cocktail of geo-political challenges now features another ingredient with the potential impeachment of President Trump added to trade disputes and Brexit. In addition, investors are also watching the US repo market for any signs of ongoing stress within the US banking system.

With central banks having largely run out of ammunition, markets are increasingly looking to fiscal stimulus by governments. However, there was some encouraging news as Germany announced a €54bn package of measures for tackling climate change, while India announced $20bn of monetary stimulus for its economy.

On the US and China trade position, discussions are scheduled to re-start in October. However, President Trump, speaking at the UN said he ‘wouldn’t accept a bad trade deal’. Things have been further complicated by the announcement that the Democratic Party has begun a formal impeachment enquiry into President Trump. This may act as a distraction in trade discussions. Indeed, will the Chinese see this as further reason to sit tight in the hope they may have a different US President to deal with from 2021?  Trump subsequently said that a trade deal could happen ‘sooner than you think’ adding that China wants’ to make a deal very badly’. However, is he trying to divert attention away from the impeachment story? China is reported to be buying more US pork but this is due to Asian Swine Flu. Over the weekend, there were reports that Trump is considering de-listing Chinese companies as another way of limiting US investment into China.

Turning to Brexit, initial optimism faded as the EU said that the UK had only presented ‘potential components’ of an alternative to the Irish backstop and not a legally-operative solution. The Supreme Court then ruled unanimously that the decision by the PM Boris Johnson to advise the Queen to prorogue Parliament was unlawful. Boris Johnson clearly has no intention of resigning and yet the Labour party does not want a general election until no-deal Brexit is stopped. The EU would appear to want to avoid a no-deal Brexit given the weakening economic outlook across the eurozone. If Boris Johnson doesn’t deliver Brexit and there is a general election in November he will be concerned that ‘Leave’ voters choose the Brexit party over the Conservatives and the ‘Boris bounce’ in recent polling may evaporate.  Sterling edged back to $1.23 with the prospect of Brexit stalemate dragging on.

In the UK, a previously ‘hawkish’ member of the Bank of England Michael Saunders, suggested that the likelihood of an interest rate cut is rising, should Brexit uncertainty persist.

In Europe, Germany’s Bundesbank said that the economy is likely to have entered into a ‘mild technical recession’ in the third quarter of 2019 but noted that this had so far been restricted to the manufacturing sector. This was borne out by the latest ‘flash’ European manufacturing activity indicators which were weaker than expected but also showed signs of weakness starting to spill over into the services sector.

In the US, consumer confidence dipped in September due to heightened trade tensions late in August. ‘Flash’ manufacturing activity indicators for September were in line with expectations but the service sector indicators were slightly lower.  With the end of the third-quarter this week, investors will be watching the US repo market very closely. The Federal Reserve recently stepped in to inject liquidity into the US banking system and its overnight funding support has increased from $75bn to $100bn.

Japan and the US announced the first stage of a new trade deal although details about car tariffs were not disclosed, although Japanese officials were adamant that that US tariffs would not apply while the new deal is being implemented.

In India, the government announced significant monetary stimulus for the economy by using a dividend windfall from the Reserve Bank of India to announce a $20bn tax cut.

Oil prices continued to drift back after the recent spike following the attack on Saudi Arabian oil refineries. US and China trade tariff uncertainty, a higher than expected rise in US oil inventories and confirmation from Saudi Arabia that oil production was back to normal, saw Brent drift back towards $61.

Finally, it’s not just helium that is going up. Police have reported a huge rise in the number of catalytic converters being stolen from cars. Thieves are sliding under cars and using high-powered cutting tools to detach the box from the exhaust pipes. Catalytic converters contain palladium and rhodium. Both rare elements have skyrocketed in price in the last eighteen months.