You Cannot be Sirius* 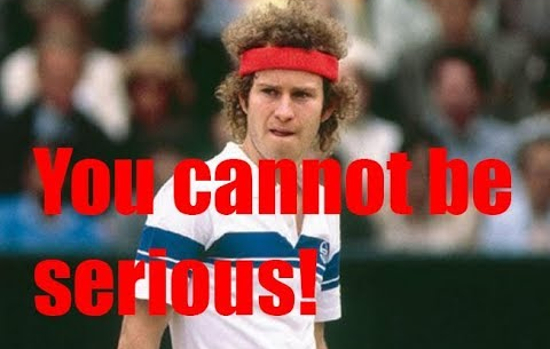 With apologies to John McEnroe*

Last week, Sirius Minerals announced it had been forced to cancel plans to issue a $500m bond to help partly fund a £3bn mining project it is developing in the North Yorkshire moors. The shares fell by over 50% on the news.

The Sirius Minerals project was set to be the world’s largest mine for polyhalite, a fertiliser which can be used in agriculture. The plans include the construction of a 23-mile long tunnel under the moors to transport minerals to a processing plant near the former Redcar steelworks. The mine was due to open in 2021 and create more than 1,000 jobs.

Sirius has blamed market conditions, including Brexit uncertainty, but also a lack of government support. The company said that it had asked the government for support, but its request had been turned down. It believes this commitment would have enabled the company’s financing to be delivered as planned. Different parts of the mine development project will be slowed up to maintain cash flow, while a strategic review takes place including the search for a major strategic partner to fund the business.

Given PM Boris Johnson’s views about providing greater support to the North of England and desire to see the growth of UK based export industries in a post-Brexit world, the government must have been under pressure to provide a bailout, so the decision not to does seem strange. Boris, you cannot be serious!

Until recently Sirius Minerals was one of the UK’s top 350 quoted companies and has over 85,000 retail investors. It is a harsh reminder of the risk of investing in mining exploration start-ups, regardless of the long-term attractions of the underlying market. As we have said many times before, in business, whether it’s ‘Dragon’s Den’ or the Stock Market, it’s all about cash flow. The unfortunate demise of Thomas Cook over the weekend is yet another prime example.

The government has decided avoid the ‘moral hazard’ of bailing out both businesses. A loss-making business can only count upon the support of banks and shareholders, for so long. The current economic uncertainty, not helped by Brexit, isn’t helping UK businesses.

The main focus last week was on the US Federal Reserve (Fed) interest rate guidance. US and Chinese senior trade negotiators resumed talks but the Chinese delegation returned home early, cancelling a planned visit to US farming states. While markets are still hopeful of a trade deal, it is clear that much work remains before a comprehensive deal can be struck and that this is going to take some time.

Meanwhile, trade tariff uncertainty is overhanging global business confidence. The Organisation for Economic Co-operation and Development (OECD) said that global economic growth is expected to be the slowest pace since the financial crisis due to the US and China trade tariff dispute. The OECD cuts its global economic growth forecast for 2019 from 3.2% to 2.9% and cut 2020 from 3.4% to 3%. It cut the 2020 growth forecast for China from 6% to 5.7% and for the US from 2.3% to 2%.

Elsewhere, in the US Repo market, overnight money market rates spiked up to 10% due to banks experiencing short-term funding requirements. This may have been due partly to some corporations having to pay tax bills which coincided with settlement for the previous week’s US Treasury auction. Nonetheless, the Fed had to intervene with a series of short-term funding operations last week that totalled nearly $300bn. This is another disturbing sign of a lack of a liquidity in the financial system. The US banking system being short of cash is not what investors want to hear and hopefully things will settle down this week with the Fed support in place.

Turning to Brexit, Sterling moved up above $1.24 on hopes of a last-minute deal. The EU Commission’s President Claude Junker said following his meeting with PM Boris Johnson that ‘we can have a deal’ and that he ‘would do everything within his power to avoid a catastrophic no-deal outcome’. The UK also shared with the EU, in written form, a series of confidential technical non-papers which reflect the ideas that the UK is putting forward. The Irish backstop remains the key challenge. Markets will now focus upon the Supreme Court ruling on Parliament’s suspension where a decision is expected early this week.

In the UK, the Office for National Statistics (ONS) said that annual growth in house prices slowed to its lowest pace since 2012, with four of the nine English regions now seeing prices falling over the year. The ONS also reported a lower rate of inflation in August with the Consumer Price Index (CPI) at 1.7%. The Bank of England left interest rates unchanged at 0.75% and said that the UK economy would avoid falling into recession this year, but worried that Brexit and global trade tariff uncertainty are still weighing on the economy.

In Europe, Spain appears to be heading for its fourth election after acting PM Pedro Sanchez said he had failed to secure support for a government.

In the US, the Fed announced a 0.25% cut in interest rates as widely expected. Fed Chair, Jerome Powell described the US economic backdrop as favourable and described the rate cut as insurance against risks from elsewhere in the world economy, particularly trade tariffs. In the press conference, Jerome Powell was considered to be slightly more ‘hawkish’ with the ‘dot plot’ chart of interest rate projections ‘suggesting only modest easing’.  The ‘dot plot’ currently suggests that US interest rates are likely to stay at current levels in 2019 and 2020. President Trump was not happy tweeting ‘Jay Powell and the Federal reserve fail again. No guts’.

Japanese exports declined for the ninth month in a row, with car sales and semiconductors particularly weak.

In China, house prices rose at their slowest pace in almost a year. Meanwhile, industrial production in August touched a seventeen-year low.

The US announced its was sending additional military personnel to Saudi Arabia following the attacks on the country’s oil facilities. Prior to the attack, OPEC had previously cut output to reflect weaker global demand, while both the US and Saudi Arabia said they were prepared to release oil from their strategic reserves if required. Together with indications from Saudi Arabia that production could be back up by the end of this month, this saw Brent oil drift back from its recent peak to $64. Nonetheless, this incident is a reminder of the lack of spare capacity in the global oil supply system. The Saudi’s said that the attack was ‘unquestionably’ sponsored by Iran, but did not go as far as to say the rockets were fired from Iranian territory. President Trump also adopted a slightly less aggressive tone from his initial response to the attack, calling for more sanctions.

Finally, we will refrain from toilet humour. We were nonetheless amused by the theft of a solid gold toilet from Blenheim Palace last week. The artwork has been valued at $6m although if melted down the 103kg of gold would be worth just $4m. Gold has traditionally been a safe haven in times of uncertainty but apparently not on this occasion.