Holding Europe Over a Barrel 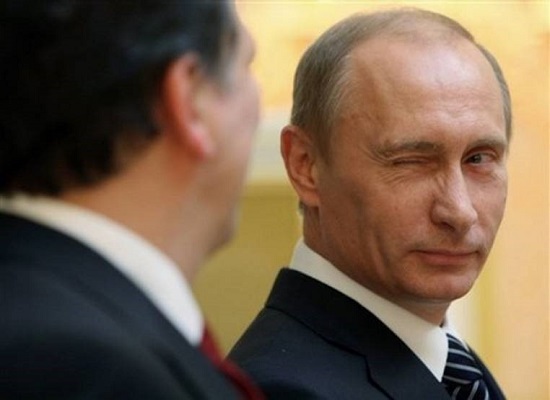 Putin’s invasion of Ukraine has highlighted how dependent the world is on Russian energy, but particularly Europe.

The EU relies on Russia for 40% of its gas. Targeting Russian oil exports, as the US and the UK have done, has proven to be divisive. This week, in classic EU policy paralysis, its foreign ministers couldn’t agree on how to impose energy sanctions on Russia.

Germany, the largest economy in Europe, is energy dependent on Russia, supplying it with a third of its gas and crude oil. German Chancellor Olaf Scholz, has found himself facing international wrath for not imposing a ban on imports of Russian gas and oil. “At the moment, Europe’s supply of energy cannot be secured in any other way. It is therefore of essential importance for the provision of public services and the daily lives of our citizens.”

Russian energy will be required to keep the lights on in the near-term. In Germany, even the Green party has now accepted the use of nuclear power!

While moving away from Russia will accelerate renewable energy investment, a lot of green technology such as wind power and EVs relies on Russian commodities such as copper, nickel and palladium – if there is further supply chain disruption it will slow the roll out of these new green technologies or add to the cost. Here’s the catch-22, we all want to save the planet, but we need to keep the lights on. Without Russian energy, fossil fuels will have to plug the gap.

A better week for equities despite events in Ukraine, higher inflation and another increase in interest rates. The US Federal Reserve and Bank of England opted for lower interest rate hikes in line with market expectations while Chinese shares received a massive boost as Beijing sought to shore up confidence. Globally, sentiment may also have been helped by hopes for progress in peace talks and the retreat from recent peaks of some commodities, particularly oil.

Putin appears to be moving to Plan C in Ukraine, seeking to bomb the government and population into submission. Despite positive noises from peace talks the shelling of civilian areas continues and even a food distribution facility has been hit in Kyiv. Ukraine has refused a Russian demand to lay down arms in Mariupol in exchange for safe passage for people out of the city. The war of attrition and growing humanitarian crisis continues. China had appeared the logical candidate to encourage Putin towards a ceasefire but matters have been complicated by reports that Russia has approached China for military equipment. China described this as ‘fake news’ but President Joe Biden has had to speak with President XI Jinping warning that China will face ‘consequences’ if it helps Russia evade sanctions. Either way, this is not an encouraging sign for future US/China relations.

Covid-19 was back on radar screens but more so due to cases in Hong Kong. In the UK, infections are at high levels again but for most appear people the symptoms are cold-like. However, the rise in cases and staff isolating does appear to be creating fresh challenges for the NHS. A spring booster jab is underway for the over-75’s.

The ramifications of the war in Ukraine for markets was reflected in the latest report from the Organisation for Economic Development (OECD). The OECD warned that the conflict will have ‘numerous significant economic implications’ and cut its global economic growth forecast for 2022 from 4.5% to 3.5%.  Europe, not surprisingly is the most affected region with the growth outlook cut from 4.4% to 3%. Globally, prices could be pushed up by 2.5% and may even go higher if the rise in oil, gas, wheat and other commodities is sustained.

In the UK, the Bank of England (BoE) increased interest rates by 0.25% to pre-pandemic levels of 0.75%. The BoE expects CPI inflation to hit 8% during the second quarter of 2022, although many economists are now forecasting inflation reaching 10% given supply chain disruption. The challenge seems to be that inflation is becoming entrenched in wages and consumer expectations particularly given the record number of job vacancies in the UK. Is the Bank of England behind the curve?

In the US, the Federal Reserve (Fed) raised interest rates by 0.25%, as expected, to start the rate cycle rising and signalled six more possible increases with one potentially at each Fed meeting this year. The Fed ‘dot plot’ guidance chart has raised the inflation target to 4.3% by the end of 2022 and 3.5% by the end of 2023 which illustrates how far they are behind the curve. The Fed described the US jobs market as ‘tight to unhealthy’.  The yield on US 10-year Treasury moved above 2.1%. US equities moved up so could it be that investors believe that the Fed will not be able to carry out its plans and push through so many interest rate hikes as the economy is not as strong as the Fed has outlined?

China is continuing to face Covid-19 challenges particularly in Hong Kong. However, President Xi Jinping said China will ‘stive to achieve the greatest prevention and control effect with the smallest cost and minimise the impact of the pandemic on economic and social development.’ This is the first time he has talked about minimising the cost of Covid-19 prevention. Factories in Shenzen that were in lockdown are being allowed to resume production in a gradual and orderly manner. Chinese equities received a massive boost as Beijing sought to shore up confidence in financial markets following a particularly challenging period. China’s official news agency said the authorities would maintain capital market stability and adopt measures to handle risks for troubled property developers.

Having fallen from recent highs on reports of progress in peace talks, Brent oil subsequently jumped back up to $107 as the Russian shelling of Ukraine intensified.

Finally, when the financial bets get bigger so does the potential pain. Nickel prices were squeezed sharply higher on fears for Russian supplies and sanctions. As a result, a Chinese nickel mining titan who was betting on a sharp fall in price was reported to be covering his short position which was reported to be 150,000 tonnes with a potential trading loss in excess of $6bn! The resulting mayhem saw trading in nickel at the London Metal Exchange suspended for three days in a row. A trader compared the nickel market to the Wild West!