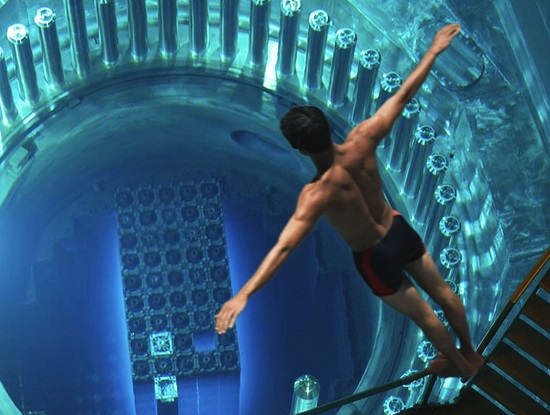 While wind and solar power generation capacity is expanding rapidly, in order to plug the hole left by the demise of fossil fuels, more countries have been building nuclear power stations.

Hinkley C plant in Somerset is currently one of the biggest construction sites in Europe. However, Britain’s investment in nuclear power generation is dwarfed by China which is now one of the world’s largest producers of nuclear energy.

Unfortunately, we know that nuclear power comes with risk and Three Mile Island, Chernobyl and Fukushima all involved human error.  So, what happened recently at Taishan, in China and should we be worried?

The Taishan nuclear plant provides power for the Ghangzhou and Shenzen areas and French energy provider EDF holds 30% of plant operator TNPJVC, a joint venture with state owned China General Nuclear Power Group (CGNPG). In 2019, America added CGNPG and three affiliates to its Entity list barring US companies from doing business with them, on security grounds.

The Chinese government recently acknowledged damage to 5 out of 60,000 fuel rods in one core at the Taishan nuclear plant, after US media reported that the US government was assessing a reported leak at the facility. EDF had earlier reported a ‘performance issue’ with a spokesperson for EDF saying a problem with fuel rods had led to a build-up of gases which had to be released into the atmosphere. US media reported that China’s nuclear regulator had raised limits on permissible levels of radiation outside the plant to avoid shutting it down. China’s environment ministry has denied this.

Disturbingly, the admission of the performance issue at Taishan by the Chinese government only came after US media reported it. Whether the leak was a design issue or down to human error remains to be seen.

In the meantime, who is helping finance the construction of Hinkley C? Yes, you guessed it the French and the Chinese………EDF and CGNPG.

There was disappointing news for the EU which has ordered 405million doses of the German CureVac vaccine as trials showed it was only 47% effective against Covid-19. Italy suspended all travel from the UK after discovering some cases of the Delta variant. Germany’s Chancellor Angela Merkel, suggested EU countries should make British travellers quarantine on arrival to slow the spread of the Delta variant. The Delta variant threatens to slow economic recovery in Europe as vaccination programmes struggle to keep pace with outbreaks. This comes at a time when the Eurozone is starting to return to pre-pandemic norms with the use of public transport and journeys to workplaces reported to be at their highest level since early last year.

The Delta variant is said to be 40% more infectious than the Alpha (Kent) variant and new clusters have been identified in Portugal, Germany, France, Italy and Spain. A new Delta Plus variant has been identified in India and 41 cases found in the UK. Official data has revealed that the original China variant had an infection rate of 3 requiring a vaccination rate of 67% for herd immunity. The Alpha variant had an infection rate of 4 requiring 75% vaccination, while the Delta variant has an infection rate of 6 requiring 83% vaccination for herd immunity. With over 83% of the UK adult population having had one jab and over 60% two jabs, the UK does appear on track for full exit from lockdown on 19th July. Meanwhile, in the US President Joe Biden set a goal to have 70% of the American adult population vaccinated by 4th July but may just miss this target with vaccination currently about 65%. In the EU, about half of the adult population have had one dose while over 28% are fully vaccinated. By comparison, less than 2% of Africa’s population has been vaccinated, while in Japan 18% have received one dose. Meanwhile, Brazil has set a new record for daily Covid-19 cases as the Health Ministry confirmed the arrival of a third wave of the virus.

In the UK, there were further signs that the economic recovery has begun to help repair public finances with a decrease in government borrowing in May as tax revenue increased. Meanwhile, the PMI business activity indicator for June cooled slightly from the record highs seen in May but is still very comfortably in expansion mode. However, input costs continued to surge, accelerating for the fifth month running, logging the fastest pace of expansion in thirteen years. In addition, firms across all sectors are intensifying the hunt for staff with hospitality and road haulage being adversely impacted by a lack of skilled employees. The Bank of England (BoE) said it expected consumer price inflation to go above 3% for a temporary period. With inflation expected to be transitory, the central bank’s priority is a still to avoid a premature tightening in monetary conditions. The BoE also said it expected the UK economy to recover faster than it had previously predicted with output in June thought to be about 2.5% below pre-Covid-19 levels.

In Europe, Christine Lagarde, President of the European Central Bank (ECB) provided a more optimistic assessment of the Eurozone economic outlook. ECB policymaker Mario Centeno also said that rising inflation in the Eurozone is temporary. Eurozone economic recovery accelerated in June with the PMI business activity indicator climbing to a fifteen-year high as lockdown measures were eased. Although manufacturing reported a stronger pace of growth, it was the service sector that once again reported the biggest improvement in performance, with business activity accelerating at a pace not seen since 2007.

In the US, Jerome Powell, Chair of the Federal Reserve re-iterated that the central bank will continue its supportive stance to ensure the sustained improvement in the US economy is extended. He acknowledged that inflation has increased notably in recent months due in part to higher oil prices and supply chain disruption. Higher prices are due to transitory factors and inflation is expected to drop back towards the Fed’s longer-run goal. ‘We will not raise interest rates pre-emptively because we fear the possible onset of inflation.’  However, subsequently two Fed officials suggested that a period of higher US inflation may last longer than anticipated.

Tentative agreement on a $1.2bn infrastructure agreement emerged from the US and whilst lower then President Biden had hoped for, should add further fuel to the US economy in the coming years.

In an attempt to further dampen commodity inflation, officials from China’s regulator have visited the Beijing iron ore trading centre and warned traders that they will firmly crack down on any iron ore monopoly, price speculation and hoarding. Meanwhile, China’s central bank called the country’s largest state-owned banks and payment platforms such as Alibaba to discuss the problem of ‘providing services for cryptocurrency transaction speculation.’

Brent oil edged up towards $75 underpinned by strong demand during the summer driving season in the US and the Iranian election result which could block hopes of a revival of the Iran nuclear deal and a resumption of oil supplies from that OPEC producer.

Finally, the structural shift to online shopping has decimated many traditional high street retailers but has, in turn, driven demand for warehouses. The UK Warehousing Association estimates that since 2015 warehouse space has grown by 32% – equivalent to 2,396 football pitches. Are we near the saturation point? It appears not yet, as one logistics manager estimates that for every additional billion pounds of spending online, that a further 775,000 square feet of warehouse space will be required.