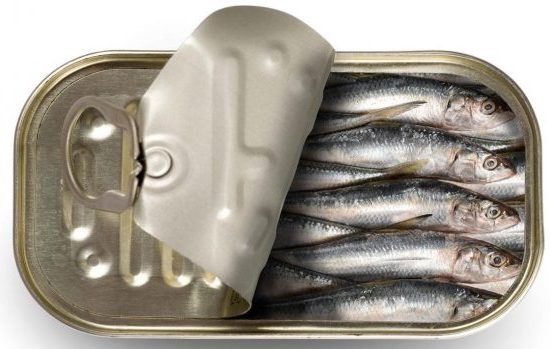 A recent study by structural warranty provider, LABC Warranty, has revealed that over a 50-year period new houses built in the UK have been shrinking in size.  Along with the size, the number of houses has diminished, as regulations and guidelines for new housing developments have increased. The analysis concluded that house sizes are smaller than they were in the 1930s, after reaching a peak in the 1970s. The study looked at 10,000 houses built since 1930 using data from Rightmove and Zoopla.

While the size of new houses has been ‘shrinking’, for first-time buyers the size of deposit to buy a house has been growing. The Nationwide has calculated that potential first-time buyers must typically save for eight years to afford a deposit to buy a home. A typical 20% deposit in London is over £80,000, between £40-50,000 in the South-East and South-West and above £20,000 elsewhere in the UK. On average a full-time worker can expect to pay 7.8 times their gross annual earnings to purchase a property.

As the cost of renting and buying have increased, so have the financial constraints on children leaving home which has left a growing number of millennials faced with living with their parents. Research from the Resolution Foundation predicts that up to a third of young people face living in rented accommodation all their lives. The think-tank said 40% of ‘millennials’, those born between 1980 and 1996 were living in rented accommodation by the age of 30, twice as many as ‘generation X’, born between 1965 and 1980.

Furthermore, a study from Aviva, suggests that ‘children’ expect to be around 28 before they move out, although one in 12 never expect to leave their parent’s home. We had better get used to cosy living.

The US 10-year Treasury yield finally passed the much hyped 3% level, topping out at 3.027%, but short of the 3.04% which some believe could be a trigger point for algorithmic trading systems to start selling US equities. The US Dollar index firmed up to a three-month high.

While rising bond yields were driven mainly by caution regarding central bank interest rate policy, comments from President Trump that Iran ‘will pay a price like few countries ever paid’ should they threaten the US did not help matters. In addition, Caterpillar’s results, which are generally seen as a decent barometer for global growth appeared to spook US investors as it suggested its first quarter results were likely to be the ‘high water mark’ for the year prompting profit taking.  However, subsequently other US company results such as Amazon were far more positive. Indeed, 80% of US companies that have reported so far, have announced results ahead of expectations.  Comments from the European Central Bank (ECB) also proved supportive for bonds. In the UK, takeover activity continues with the announcement of the proposed merger of Sainsbury’s and ASDA.

Turning to trade, media reports suggested President Trump will despatch Treasury Secretary Steven Mnuchin to China next week to discuss trade relations. Trump noted there was ‘a very good chance of making a deal’ but warned that he would continue with plans for new tariffs if no progress was made. In the meantime, media reports suggest China is considering opening up the car market by reducing tariffs by up to 50%.

Aluminium prices retreated after the recent spike following reports that the US Treasury would provide some sanctions relief for Russian producer RUSAL, if Oleg Deripaska relinquished control.

MPs approved a non-binding motion saying the UK should stay in the Customs Union after Brexit. This is likely to create another headache for PM Theresa May as it suggests a number of pro-Europeans within the Conservative party are willing to derail her Brexit plans.

In the UK, public borrowing dropped for the fifth consecutive fiscal year, which will raise calls for the Chancellor to relax the public purse strings at the Autumn Budget, particularly as Philip Hammond tweeted that the economy was at a ‘turning point’. However, net debt, excluding public sector banks was higher than expected at 86.3% of GDP in 2017/18 suggesting that the Chancellor’s work in tackling the UK’s debt pile remains far from over.  UK Q1 GDP was expected to be weak due to adverse weather conditions but was even weaker at just +0.1% due to a drop in construction activity. This has lowered the prospect of an interest rate hike in May from 80% to 50% according to futures trading and as a result Sterling dropped to under $1.38, some 4% below its recent post EU-referendum high.

In Europe, fears that the Eurozone’s economic momentum is fading should have been allayed somewhat by April’s ‘flash’ manufacturing activity indicator readings, which held around the prior month’s levels. However, the European Central Bank was more cautious at its monthly meeting, with President Mario Draghi suggesting the Governing Council had not discussed monetary policy. Some economists who attended the ECB press conference came away from the meeting feeling that a formal announcement on QE could come later on in July rather than June. ECB QE is expected to end in December 2018 after a taper in Q4 with the first interest rate hike likely in June 2019.

US economic growth slowed to an annualised rate of 2.3% in Q1, down from the 2.9% achieved in Q4 2017, but still slightly ahead of expectations. Cautious consumer spending, which grew at its weakest pace in five years appeared to be the reason foe the slower rate of growth.

In Asia, Kim Jong-Un became the first North Korean leader to set foot in South Korea since the 1950’s Korean War. The two countries have agreed to turn the 1953 armistice into a peace treaty this year. Kim is expected to meet with President Trump in May or June for talks.

Reports suggested that the Chinese authorities are prepared to act if the economy slows too much.

Brent oil briefly touched $75, before settling at $73 as concern grew that the US may abandon a nuclear deal with Iran and re-impose sanctions from May 12th.

Finally, spare a thought for customers of TSB. When TSB split from Lloyds Banking Group in 2013, it rented a banking platform from its former owner while it developed its own ‘state of the art’ system. The previous weekend, TSB implemented the switch to its new platform which was expected to complete by 6pm on Sunday. Unfortunately, this resulted in a data breach and the platform not being available for much longer than expected. TSB’s Chief Executive has apologised for the IT fiasco amid rising customer fury. All UK banks are closing branches and moving to online banking which is fine …..as long as the technology works.