In the Eye of a Storm 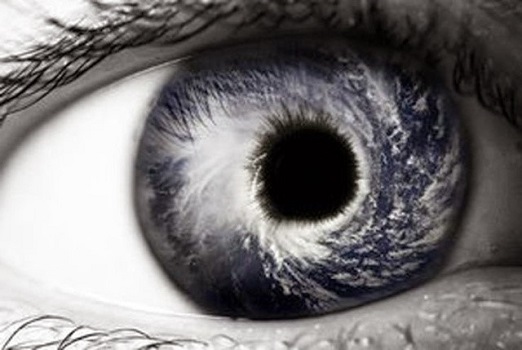 As we sit here reading about Ophelia, 30 years on from the great storm of ’87, Theresa May is heading off to Brussels in an attempt to resolve a Brexit deadlock. If only all her troubles could be resolved so easily. Our accident-prone PM is limping along, but has found herself in the eye of a storm – of her own making. Having botched a general election that she did not need to call, her popularity has plummeted, unfortunately she also fluffed her key party conference speech, due to a coughing fit and fell ‘victim’ to a prankster with a P45. On the face of it, Cabinet ministers have rallied around her, for now. Surely, the Conservative Party does not have the appetite for another leadership contest? More likely, in the midst of a power vacuum, who sees themselves as a unifying leader? Is it time for bungling Boris Johnson to make a move?

Chancellor Philip Hammond is similarly having far from an easy ride, with calls for his resignation, having been accused of talking down the economy. Is he going to compromise prudence, in the impending Autumn Budget, and be tempted to loosen the purse strings?

Meanwhile, Jeremy Corbyn is riding the crest of a wave. The Labour Party is so confident of winning the next general election that it has already started ‘war gaming’ for a run on the pound. With plans to nationalise a number of sectors including utilities and rail, as well as taking back PFI schemes and with the Conservatives in disarray, it is no wonder some investors and businesses are becoming increasingly concerned. Interestingly in a recent poll, if given a straight choice between May or Corbyn for PM, the don’t knows came out ahead!

Whether you are alarmed by the prospect of ‘Bozza’ or ‘Jezza’ as Prime Minister is a matter of personal taste. However, we think Sterling would react badly either way.

Geopolitical tensions continue to rumble on. The Turkish lira was rocked by a diplomatic spat with the US, while in Europe the focus remained on the Catalan region of Spain. In Asia, China and South Korea failed to extend a $56bn currency swap deal amid diplomatic tension over Seoul’s instalment of a controversial US missile shield. The Trump administration announced it is holding out against a capital increase for the World Bank until it overhauls its lending to China, creating a new source of tension between Washington and Beijing. Brexit discussions were also in the spotlight with Theresa may personally urging Angela Merkel to end the Brexit impasse as the EU position hardens. Despite these issues, global shares briefly hit an all-time high last week.

Sentiment may have been supported by The International Monetary Fund (IMF) which revised its growth outlook for the global economy up marginally to 3.6% for 2017 and 3.7% in 2018. The most significant upgrades to the fund’s forecasts were recorded for the eurozone, which is accelerating strongly as confidence has improved and credit supply has returned to normal. The IMF did flag one threat to global recovery and that is the level of debt. The debt pile in the top 20 countries is estimated to be $135trillion or about 235% of aggregate annual economic output. Another reason perhaps why some central bankers ending QE stimulus programmes and seeking to normalise monetary policy are likely to only increase interest rates gradually?

PM Theresa May has set out detailed plans on how the UK would try to keep trade flowing if the country fell out of the EU without a deal in March 2019, in what appears to be a high-stakes game of brinkmanship with the EU. She is preparing to sanction ‘billions’ in spending to prepare for a ‘no deal’ from January, even though the budget does not explicitly provide for that spending. However, Chancellor Philip Hammond said he would wait until the last minute before releasing large amounts of money to fund contingency plans. Turning to actual Brexit discussions, Theresa May said the ‘ball is in the EU’s court’ but the EU said ‘it is entirely in the UK’s court’. EU President Donald Tusk said that the EU was not preparing for a full collapse of Brexit talks. The head of the British Exporters Association said a ‘no deal’ would be a ‘worst case’. There would appear to be a significant chance that we go toward the December EU/Brexit summit with the current deadlock not resolved. However,  German media  reported  the EU could be prepared to offer the UK  a two -year transition deal if the UK improves its financial exit terms.

The UK’s trade deficit widened in the three months to August by £6.2bn to £13.2bn. However, excluding the movement of ‘erratic commodities’, such as gold and it widened to £4.6bn. While weak Sterling has helped exporters, it means many firms are continuing to face higher input costs, particularly those locked into global supply chains. UK manufacturing output increased slightly in August, in line with expectations. The British Retail Consortium showed that retail sales rose by 1.9% in September, although appeared to be focused towards essential purchases such as winter coats and back to school items rather than ‘big ticket’ products. The market took the view, on this data that the Bank of England (BoE) is still on course to raise interest rates by 0.25% on the 2nd of November. However, retail sales could come under more pressure, as the Bank of England released data showing that the largest percentage of banks since 2008, plan to reduce unsecured lending in the next three months.

In Europe, Catalan leader Carles Puigdemont backed off from making an immediate declaration of independence to defuse tensions with Madrid which has fiercely opposed the referendum and has vowed to block independence. Spain’s prime minister put Catalonia on notice that it could impose direct rule on the region. In the meantime, eurozone industrial production for August echoed the strong reading from Germany with output expanding at a faster pace than expected.

In the USA, the minutes of the September Fed meeting showed the debate about the persistent undershoot of inflation measures intensifying. The majority of committee members appear in favour of a December interest rate hike. US retail sales may well support this view with the biggest increase in spending in September for over two years. The Trump administration is still planning to get something done on US tax reform by the end of the year. House speaker Paul Ryan said ‘we’re going to keep everybody (in Congress) here to Christmas if we have to, I don’t care, it is that important. I want to wake up on New Year’s Day 2018 with a new tax code’.

In China, trade data for September showed import growth well ahead of expectations.

Brent oil climbed to $57. OPEC also said it expects stronger demand for crude oil next year to reflect stronger global growth. However, the International Energy Agency said the oil price was unlikely to rise much further as it expects oil demand and non-OPEC production to grow by about the same amount in 2018. The price was also driven up after skirmishes between Iraqi and Kurdish forces around Kirkuk in the wake of the semi-autonomous region’s vote for independence from Baghdad.

Finally, conventional wisdom is that cash is in decline with the rise of contactless cards and online shopping. Not so, according to the BoE which says the value of bank notes in circulation in the UK grew by 10% last year. Shoppers may like cash as it helps with budgeting, some savers hoard it for an emergency while shops find it the cheapest payment method to accept.