Is Tax to Become a Generation Game? 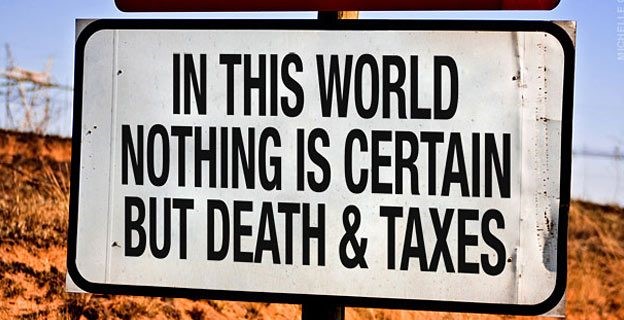 With only a month to go to the Budget, embattled Chancellor Philip Hammond is apparently planning to promote ‘intergenerational fairness’. Tax breaks could be offered to the newly influential younger generation, paid for by cutting reliefs for older and better off workers. Risking the wrath of the Party, the policy, which has been dubbed ‘tax on age’, could prove controversial as it is likely to target voters who typically might be expected to vote Conservative and would follow the poorly thought through ‘dementia tax’, that contributed to the disastrous election result. A cut in pension tax relief has latterly been mooted. This does highlight the challenge for politicians to address the gulf between older and younger voters that emerged during the EU referendum and General Election.

House price affordability and student debt appear to be major concerns for the younger generation. The Chancellor is thought to be considering scrapping stamp duty for first time buyers.

Meanwhile, the Financial Conduct Authority (FCA) has warned of a pronounced build-up of debt among young people. The young are more likely to buy essentials on credit. One in five 25-to-34 -year olds admitted doing this in the last six months compared with 6% in the over- 55’s.

The growth of easily available interest-free credit has fuelled consumer spending in recent years.  This has left some young people with serious concerns that they will struggle to pay off debts. No wonder the Bank of England (BoE) is becoming increasingly concerned about the level of unsecured credit. Banks are starting to reign in unsecured lending creating another headwind to consumer spending. Life could become even tougher for the younger generation from the 2nd November, should the BoE increase interest rates. The older generation, who tend to rely on savings will no doubt welcome an increase in interest rates. In the meantime, pensioners have received further good news, due to inflation data and the triple lock-in with a 3% 2018 pension boost.

Whoever is in Government, keeping voters happy is a challenge whether young, middle aged and older.

PM Theresa May held talks with European Commission President Jean Claude Junker in Brussels but decided not to increase her €20bn offer to the EU. Angela Merkel has warned that the EU will not start discussing a transition deal with Britain until the UK puts more money on the table but offered a glimpse of hope. While sufficient progress has not been made to move onto trade talks, it appears encouraging enough to continue working to reach the beginning of the second phase in December. Jean Claude Juncker added ‘It’s not my working assumption that we will have no deal’. EU President Donald Tusk said that eurozone leaders had green-lighted internal preparations by the 27 EU member states for the second phase.

Meanwhile, European manufacturers have said that their supply chains face irrevocable damage without a ‘meaningful’ Brexit transition deal in place by the end of 2017. The Bank of England said it is preparing for the possibility of a ‘hard Brexit’ without a transition period but believes an agreement is in everyone’s interest. To put ‘hard Brexit’ in context, consider the port of Dover as the main artery for European trade. Custom agents at Dover currently process about 500 trucks a day heading to non-EU states. After Brexit, without a transition period, this could rise to 10,000 a day!

In the UK, inflation hit a three-year high of 3% in September with the core rate at 2.8%. Will Bank of England governor Mark Carney need to write an open letter to the UK Chancellor explaining the overshoot of inflation against target by more than 1%? While the inflation data would suggest an interest rate hike in November is quite likely, there appears to be at least one ‘dove’ on the committee as Sir Dave Ramsden, the BoE deputy governor said he was not close to voting for a hike. ‘Despite continued robust growth in employment there is no sign of second-round effects onto wages from higher recent inflation’. Meanwhile, UK retail sales fell by 0.8% in September compared to the previous month and the worst performance in four years. This saw year-on-year sales growth slow to 1.5% in the third quarter although online sales, which are about 17% of all retail spending, increased by 14%.

Meanwhile, Chancellor Philip Hammond has been handed a pre-Budget boost after Government borrowing fell to its lowest level for a decade. Borrowing dropped by £700million to £5.9billion last month – a much better improvement than expected, making it the best September since 2007. The deficit so far, this year is £32.5billion, down £2.5billion on the same period for 2016. It suggests that the Chancellor will borrow at least £10billion less this year than the £58.3billion being predicted by the Office for Budget Responsibility.

In Europe, Spain suspended Catalonian autonomy over the weekend by activating Article 155. It intends to call new regional elections within six months in an extreme move set to crush the region’s independence movement.

The European Central Bank (ECB) has its governing council meeting this Thursday with some analysts  suggesting it is likely to embark on a slow stimulus taper. The ECB is expected to extend QE until December 2018 but buy fewer bonds each month, reducing from €60bn towards €20bn. The logic would appear to be that this would push back expectations for an interest rate into 2019 and address one of the stumbling blocks of exiting QE and that is the strength of the euro.

In the US, investors eagerly await the announcement within a few weeks of a new Fed Chair to replace Janet Yellen. Meanwhile, Treasury Secretary Steven Mnuchin said that ‘stock markets have tax reforms baked in with reasonably high expectations for a substantial corporate tax cut’. If these don’t happen ‘there is no question in my mind that you’re going to see a reversal of a significant amount of these gains’. However, President Trump’s drive to reform US tax rules have cleared a major hurdle as the Senate approved a budget blueprint for the 2018 fiscal year which means the Republicans can press ahead without Democratic support.

In Japan, PM Shinzo Abe secured a ‘super majority’ in the snap election.  His aggressive economic policy since his first election victory in 2012 has delivered Japan’s strongest labour market since the 1970’s but inflation has remained close to zero. Investors expect his election victory will mean further fiscal stimulus and increase the likelihood that Haruhiko Kuroda will be re-appointed as governor of the Bank of Japan in March 2018

President Xi’s opening speech at China’s 19th Party Congress said that ‘the prospects are bright while the challenges are also grave’ but that China has entered a ‘new era’ where it should ‘take centre stage in the world’. On the economy, he stressed the need to reduce excessive capacity and debt ratios. On housing, he said ‘houses are for people to live in, not for speculation’. China’s economic growth slowed modestly in the third quarter, in line with expectations at 6.8%.

Brent oil remained around $58 after the move by the Iraqi army to occupy oil fields once held by Kurdish forces. While OPEC members will no doubt be pleased by the rally in the oil price following their production cut, this is now approaching the ‘shale band’ of $60 which is seen as the level that could trigger another increase in US shale production.

Finally, in last week’s Alpha Bites we highlighted the prospect of Bozza or Jezza as PM. Well, it turns out both Boris Johnson and Jeremy Corbyn could face a scramble to secure a new parliamentary seat after the Boundary Commission for England confirmed plans to abolish their constituencies!