Careful What You Fish For 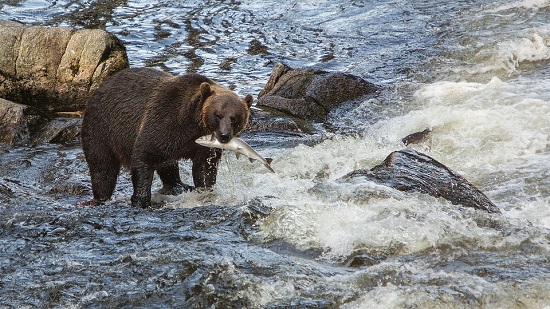 Mother Nature can be frightening.

This was demonstrated by the power of the recent underwater volcanic eruption in Tonga. The blast is thought to have been 500 times as powerful as the nuclear bomb dropped on Hiroshima and the height of the ash plume that scientists estimate reached 35 miles above the earth’s surface.  A human tragedy and local devastation.

Besides the tsunami and ash damage, an undersea fibre-optic cable which connects Tonga to the rest of the world was severed. Satellite phones were also affected by the volcanic ash blanketing the country. Tonga faced a total loss of communications.

This incident has once again highlighted how important undersea fibre-optic cables are to global communications. Globally, there is thought to be some 430 cables covering some 800,000 miles of seabed.

The broken internet cable and loss of communications is also a reminder of how vulnerable we could be in the UK and a real threat to national security. Sir Tony Radakin, Head of the UK’s armed forces has warned that Russian submarine activity is threatening underwater cables and that any attempt to damage them could be considered an “act of war”. He added that there had been a “phenomenal increase in Russian submarine and underwater activity” over the past 20 years.

Significantly, the Royal Navy plans to build a new surveillance ship which will be used to search for foreign interference with undersea fibre-optic cables. The MoD is particularly concerned about Russian submarine threats to the country’s cables. The new Royal Navy vessel should be operational by 2024 and will include a number of remotely-operated and autonomous undersea drones.

Given the current Russia-Ukraine crisis, cyber-attacks and the Salisbury Novichok poisonings could our fibre communications be the next target? Should we be afraid of both Mother Nature and Mother Russia?

US interest rates and Russia/Ukraine continued to overhang markets.

Ongoing fears of a Russian invasion of Ukraine continued to rattle global stock markets which were already uneasy about inflation and interest rates. There were reports that if there was an invasion, that the US and UK would cut Russia off from the SWIFT system that is essential for the settlement of cash transactions with banks. Russia is a key provider of a number of commodities from oil to copper. What would this mean for global supply chains which are still being disrupted by Omicron? Furthermore, Europe relies on Russia for about 35% of its natural gas supply. The US State Department has already said the Nord Stream 2 gas pipeline will not move forward if Russia invades. Yet another spike in energy prices?

There were media reports that Chinese President Xi Jinping had called Russian President Vladimir Putin and asked him to postpone an invasion of Ukraine until after the Winter Olympics! Historically, China has been a supporter of Russia and consumer of its natural commodities when the West has previously imposed sanctions. Meanwhile, the EU has raised China’s activity towards Lithuania with the World Trade Organisation over its coercive practices. China started blocking Lithuanian goods after Taiwan opened a representative office in Vilnius. The EU has highlighted the threat to intra-EU trade and EU supply chains. China has previous form here with Australian exports having been targeted after a dispute over 5G technology.

A challenging time for central bankers who have to reconcile their concerns about inflation with the increased volatility in financial markets. The US Federal Reserve (Fed) is preparing to withdraw monetary policy stimulus after a lengthy period of liquidity support for risk assets but with the additional risk of military conflict in Ukraine. Last week, Fed Chair Jerome Powell was a lot more ‘hawkish’ about US interest rates. At one point, the US 10-year Treasury yield moved up to 1.83% while the Dollar strengthened with Sterling dropping to $1.34.

Russia’s central bank announced draft proposals to ban all crypto trading and prevent crypto mining. Crypto currencies are estimated to have seen over $1trillion of market value wiped out in the recent correction in financial markets, with Bitcoin at a six-month low.

The IMF lowered its global economic growth outlook for 2022 from 4.9% to 4.4%. ‘The global economy enters 2022 in a weaker position than previously expected’. The IMF cuts its growth forecast for the world’s two biggest economies, the US and China, citing Omicron and higher energy prices. The US growth forecast has been cut from 5.2% to 4% while China has been reduced from 5.6% to 4.8%. (The report was published before the release of the latest US economic growth figures). The IMF also said that supply chain disruptions, energy price volatility and localised wage pressures meant that ‘uncertainty around inflation and policy paths’ was high. The UK outlook was trimmed from 5% to 4.7% although this is still expected to be the fastest growth within the G7 nations.

In the UK, the composite PMI business activity indicator for January dropped to an 11-month low primarily due to the impact of Omicron on the services sector.

In Europe, the composite PMI indicator slowed for a second month as Omicron cases spread. However, manufacturing activity improved to a 5-month high as supply chain delays eased slightly.

In the US, private sector output growth slowed to an 18-month low in January, according to the latest flash data, as the Omicron wave hit the service sector of the economy and led to worsening supply disruptions and labour shortages. However, US economic growth in the fourth quarter of 2021 was better than expected with an annualised growth rate of 6.9% giving growth for the year of 5.7%. This is the best performance since 1984.

The January US  Federal Reserve meeting saw it decide to stay behind the curve and stimulating the economy for a while longer. The Fed confirmed it will stop the QE stimulus bond buying in early March and will start to shrink the central bank Balance Sheet once it has started to raise interest rates. In the subsequent press conference, Fed Chair Jerome Powell was more ‘hawkish’. Compared to the ‘transitory’ inflation outlook of just three months ago he said that inflation risks are still to the upside in his view. He believes there is quite a lot of room to raise interest rates without hurting jobs. A March interest rate hike is all but confirmed with the market trying to second guess whether this is 0.25% or 0.5%. US futures are now pricing in more than four interest rate hikes in 2022. If the Fed were to raise interest rates at every future meeting, something it has not ruled out, then we could see up to seven rate hikes and interest rates of 2% by the end of 2022.

Factory activity slowed in January in China although not as much as expected despite Omicron restrictions and limitations on some sectors in preparation for the Winter Olympics.

Brent oil jumped to over $90 amid ongoing tensions between Russia and Ukraine and the risk of invasion/sanctions. Russia is the world’s second largest oil producer.

Finally, if you struggle to understand Bitcoin’s valuation, some punters also appear to be getting carried away with traditional coins. Someone has paid £650 on eBay for a ‘not so rare’ Brexit 50p! The reverse side of the coin has ‘Peace, prosperity and friendship with all nations.’ That rules out President Putin as the possible buyer.