Not Now, I Haven’t the Energy 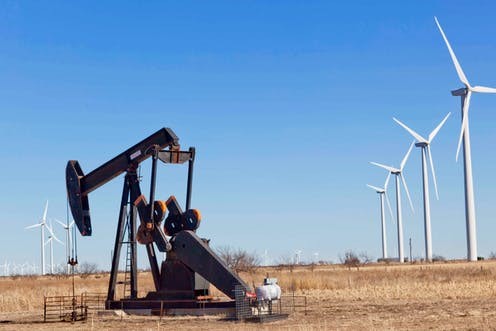 The UK’s fuel crisis is showing signs of abating and the army have now been deployed to ease tanker driver constraints but to add to motorist frustration, prices at the pump have been increasing as oil has soared to a three-year high of over $80.

As we highlighted in ‘Who Turned the Lights Out’ – the world is facing an energy crisis that could de-rail the global economic recovery. The oil price rise reflects the fact that demand is increasing and that although OPEC+ is starting to raise output, following earlier Covid-19 pandemic lockdown driven cuts to production, some members have struggled to ramp up output quickly.

Last week, the UK government confirmed that during the first six months of the year, fossil fuel sadly accounted for a greater share of electricity generation than renewables. Renewable power decreased nearly 10% compared to the same period in 2020 due to lower average wind speeds and less favourable weather conditions which impacted both wind and solar production.

However, on a positive note the World’s longest undersea power cable linking Norway and the UK is now operational. Initially it will have a maximum capacity of 700 megawatts (MW), but it will be gradually increased to reach 1,400 MW in about three months’ time. This will represent c. 4% of typical UK power output or 40% of the planned output of Hinkley Point C.

The UK is not the only country suffering from the effect of higher energy prices. China is the second largest importer of liquified natural gas (LNG) and the spike in prices along with other energy sources such as thermal coal is affecting Chinese manufacturers. The crackdown on energy consumption, handed down from Beijing to regional authorities is now taking the form of suspensions or reductions of industrial electrical supply. This is, in turn, having an adverse impact on global supply chains as many businesses source components manufactured in China. Suppliers in China for leading companies such as Apple, Tesla, Intel and Qualcomm are reported to have halted production temporarily due to the energy crackdown.

The UK economy grew faster than expected in the second quarter of 2021 and the Bank of England is forecasting the UK economy will enjoy its fastest growth in more than 70 years in 2021, as Covid-19 restrictions are lifted. There is massive pent-up consumer demand in the UK which should support global economic recovery. However, post lockdown it is like TV viewers switching on the kettle at the same during half time – a sudden spike in demand. We are all going to have to learn to be a little bit more patient as the global supply chain struggles to catch up.

Not surprisingly, global energy prices and supply chains remain in focus. The US natural gas price hit a 7 -year high last week, thermal coal prices have soared driven by demand from China while Brent oil hit a three -year high. More companies are referring to higher raw material, energy and freight costs. Higher energy costs feed into inflation and the combination of energy prices and supply chain challenges saw the US 10-year Treasury yield move back through 1.5% for the first time since June. The US Dollar was also stronger but Sterling weakened to $1.35 on concerns about supply chain challenges and images of queues at petrol stations. There was also concern in the US as Fed officials called for the US debt ceiling to be raised or risk an extreme market reaction. However, the US Congress approved a stop-gap funding bill to avert a crippling shut down for another two months.

Meanwhile, China is facing a degree of electricity rationing while there are concerns that at least some ‘restructuring’ of highly indebted property company, Evergrande, might spill over into the wider economy.  Global economic growth forecasts are starting to be trimmed marginally to reflect these uncertainties.

The global PMI manufacturing activity indicators released last week were pretty good overall particularly for the US and Europe. However, Taiwan and Japan both saw a dip. However, the devil is always in the detail and the data showed new orders falling back, extended delivery times and prices rising fast. In the UK, the supply chain issues are described as the worst for over 25 years and showing no signs of improvement. The global supply chain challenge was reflected in comments by American footwear brand owner Nike. ’In Vietnam, nearly all footwear factories remain closed by government mandate. Our experience with Covid-19 related factory closures suggests that re-opening and ramping back to full production scale will take time. Therefore, we’re revising our short-term financial outlook to incorporate the following factors: 10 weeks of production already lost in Vietnam since mid-July, factory re-opening to occur in phases beginning in October with a ramp to full production over several months and elevated transit times consistent with what we are now operating today.’

In the UK, Bank of England (BoE) Governor, Andrew Bailey, said if a response to inflation is needed it will be by interest rates and not by tapering QE. The BoE expects underlying earnings growth to be about 4%, broadly in line with its year inflation forecast. However, Andrew Bailey said that the UK economic recovery is entering the ‘hard yards’ with risks from the supply chain crisis.

In the US, Federal Reserve (Fed) Chair Jerome Powell, in remarks prepared for a Congress appearance said inflationary pressures have lasted longer than anticipated but should fade. The US economy has continued to recover and is expected to grow at a strong pace in the second half of this year. One of the Fed members also said that he saw the economy as being close to meeting the ‘substantial further progress’ standard and that if the flow of employment improvements continues that tapering can commence. Meanwhile, US consumer confidence dipped again in September due to concerns about the Delta variant.

In China, industrial company profit growth slowed for a sixth straight month in a row in August as higher commodity prices continued to hamper businesses. A combination of soaring thermal coal and LNG prices and increasing emissions restrictions have triggered power shortages. Some chemical companies have cut capacity by 50%while there are reports that 80 steel mills have temporarily halted production. China’s official manufacturing PMI slipped into contraction in September for the first time since February 2020. Meanwhile, the People’s Bank of China has been pumping liquidity into the banking system –up to $15bn on some days.  There are also reports that the Chinese government has bought a 20% stake in Shengjing Bank from Evergrande for $1.5bn – a partial bail-out in disguise?

Brent oil moved up to $80, a three -year high before easing back slightly. The jump in gas and thermal coal may lead to some industries to switch to oil to generate power.

Finally, the RAC reported that there had been a sharp increase in members breaking down because they had run out of petrol.  Last Monday, the RAC attended twice the number of drivers that it would normally see across a whole week. A number of drivers had accidentally put the wrong type of fuel in their tanks. Hopefully things will begin to normalise – my local newsagent still has lots of toilet rolls on special offer leftover from the last panic buying spree which it cannot shift!