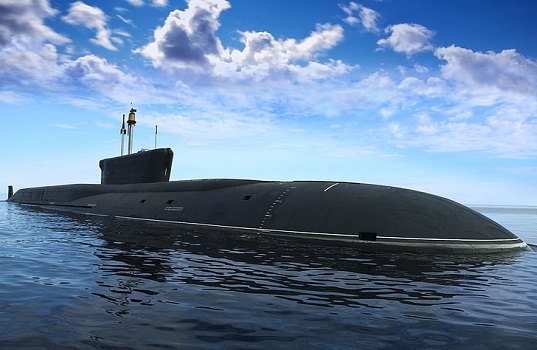 Submarines can be extremely effective, but costly warships. Those watching Vigil on a Sunday night might have been shocked by the scale of modern submarines.

On April 20th, the Royal Navy’s latest nuclear-powered hunter-killer submarine, HMS Anson was launched. That same day, the S201 made its debut. This is an Extra-Large Unmanned Underwater Vehicle (XLUUV) being developed by MSubs for the UK MoD. The S201 is controlled by AI and capable of operating up to 3,000 miles from home for three months.

Will unmanned submarines replace traditional submarines one day? This is unlikely, but surface ships, aircraft and submarines of the future could be equipped with the ability to launch their own autonomous unmanned underwater vehicles. These could be used to search the sea-bed for mines or to deploy electronic intelligence-gathering equipment.

Australia, the UK and US recently announced an historic pact, known as AUKUS which will cover artificial intelligence, cyber and quantum technologies. In addition, it will allow Australia to build its own nuclear-powered submarines for the first time, using technology provided by the US and UK. Australia has re-affirmed it has no intention of obtaining nuclear weapons. AUKUS is clearly an effort to counter regional security challenges in the Indo-Pacific, specifically from China in the South China Seas and given ongoing incursions into Taiwan’s air defence zone. China now has six Shang-class nuclear powered attack submarines and is also developing a fleet of unmanned submarines.

The first submarines should be in the water before the end of the next decade, so not necessarily a quick fix.

However, AUKUS has driven a wedge between France and its allies, the US, UK and Australia as the latter cancelled an existing $37bn contract for French diesel-electric powered submarines.

Economic relations between Australia and China have not been great with the latter imposing export restrictions on a number of Australian goods. Australia will no doubt be glad to have the US ‘in its corner’ up against a ‘heavy-weight’ like China. However, the cancellation of the French submarine contract is likely to complicate and delay trade negotiations on an Australian-EU free trade deal.

Central banks are having to tread a careful path with energy price spikes adding to short-term inflationary pressures and slowing economic growth, to which is added the challenge of a possible contagion effect from the Evergrande debt crisis in China. The world economy is suffering from a series of specific global supply shocks – natural gas/CO2, semi-conductor chips, building materials – reflecting the weakness of just in time supply chains and the sudden turnaround from stop-go with pandemic lockdown and easing. Wages are increasing but pent-up demand is being stifled by a lack of supply due to Covid-19 lockdown restrictions. Against this background, the US Federal Reserve is inching closer to less stimulus.

The Organisation for Economic Co-operation and Development (OECD) waded into the inflation debate, forecasting it will hit 4.5% across the G20 member countries at the end of 2021 before moderating to 3.5% by the end of 2022. The OECD warned that persistent supply shortages could lead to a longer period of higher inflation. The global economic growth outlook was trimmed slightly to 5.7% for 2021, but 2022 was nudged up to 4.5%.

The US is to relax travel restrictions for vaccinated passengers from the UK and EU in November, ending a 20-month ban.

Markets continued to watch developments at Evergrande waiting to see if Chinese authorities will bail out or restructure the business to avert the chaos of an outright collapse. The scale of the business is staggering with Evergrande having some 1.4 million unfinished apartments in over 1,300 projects in some 280 cities. The Chinese property sector has accounted for 20% of global copper demand! If ever a business was too big to fail then this is it, as failure would have a severe impact on China’s economic recovery. New revelations show that Evergrande sold billions of dollars of wealth management products to plug funding gaps and even pay back other wealth management investors. Evergrande paid domestic bondholders a $36m interest payment last week, which helped calm market fears, but subsequently missed a payment deadline on a dollar bond mostly held by offshore investors. Evergrande has a 30-day grace period to settle the $83.5m interest payment before the bonds default. The PBOC injected the equivalent of $42bn into the banking system on Friday in order to support markets, but remained silent on Evergrande. Property accounts for 40% of Chinese household wealth, therefore the scope for the Chinese government to impose financial discipline comes at a significant risk of social unrest.

In the UK, the Bank of England Monetary Policy Committee voted 9-0 to keep interest rates unchanged but the vote to maintain QE stimulus measures was 7-2. How transitory is inflation? The BoE has warned that inflation currently at 3.2% could remain above 4% into the second quarter of 2022. After days of panic buying at petrol stations, the Petrol Retailers Association (PRA) estimated 50% to 90% of stations had run dry, prompting the government to implement a number of measures including suspending competition law to allow oil firms to cooperate, putting the army on standby to drive petrol tankers to forecourts and relaxing post-Brexit immigration rules to ease bottlenecks.

In Europe, growth momentum continued to slow in both the service and manufacturing sectors normalising from peak levels in the summer. The composite PMI business activity indicator dropped to a five-month low. In Germany, preliminary election results were announced with the Social Democrats (SPD) ahead on 25.7% versus the conservative bloc on 24.1%. SPD leader Scholz now has a mandate to try to form a government.

In the US, the Federal Reserve (Fed) stuck to its transitory inflation message but has had to lift its forecast to 4.2%, while trimming its US economic growth forecast from 7% to 5.9%. Softer near-term economic growth is attributed to rising Covid-19 cases slowing recovery in some sectors as well as supply constraints such as semi-conductor chips. However, the Fed did increase its 2022 and 2023 economic growth forecast from 3.3% to 3.8% and from 2.4% to 2.5% respectively. Fed Chair Jerome Powell re-iterated that the hurdle to hiking interest rates is greater than to stop asset purchases. Even so 9 of the 18 Fed committee members now expect interest rates hikes to begin in 2022. The balance of probability has clearly shifted towards tapering stimulus measures in November rather than December, although this is not a given due to event risk such as Evergrande.

Brent oil edged up to $78 on concerns that, as with natural gas, a supply gap might develop. In August, OPEC+ producers struggled to pump enough oil to meet current expectations as the world recovers from the pandemic.

Finally, we’re saved! The government has struck a deal with US firm CF Industries to re-start production of fertiliser at its two plants in the north of England. The plants produce CO2 as a by-product and supply 60% of the UK’s CO2. Initial government support is for three weeks but may need to be extended given feedback from the food sector and worries about Christmas!

Read Last Week’s Alpha Bites – Who Turned the Lights Out?