Who Turned the Lights Out? 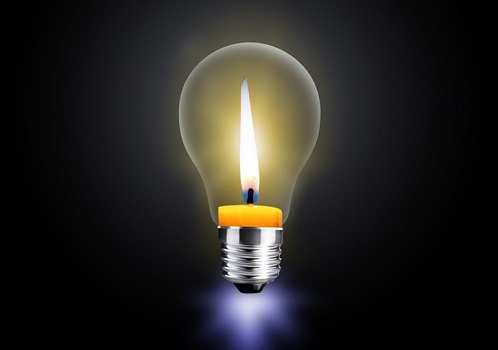 The UK has also enjoyed one of its least windy summers since 1961. Wind energy power generation had accounted for 24% of total UK electricity generation in 2020.

Gas prices have soared by 35% in the past month and are up 250% since January. Another problem area appears to be Europe, where supply is at a record low for the time of year. Concerns are now growing over gas supplies if there was to be a very cold spell this winter.

Europe’s challenges are compounded by Russia which has cut back on some gas exports to Europe. This is ahead of the completion of the new Nord Stream 2 gas pipeline by Russia’s Gazprom which is waiting for final approval by Germany’s regulator. The US has opposed the Nord Stream 2 project as it believes it will make the EU too dependent on Russian natural gas. This is especially so given the ongoing conflict between Russia and Ukraine.

Rising energy prices hit UK households, but also businesses and feed into higher inflation. Soaring gas prices are not helpful and we have to hope we do not have a particularly cold winter or suffer another ‘Beast from the East’. A number of smaller UK energy suppliers which were unable to hedge gas contracts are reported to be in serious trouble.

In August, the UK was becalmed.  Limited wind power generation and higher gas prices resulted in some old coal-fired power stations having to be fired up to ensure energy supplies. To add to the UK’s energy challenges, a fire at one of the two key electricity cables between Britain and France has cut capacity by half and is expected to remain unavailable until March 2022.

In a further twist last week, the soaring natural gas price forced the temporary shutdown of two of the UK’s largest fertiliser plants. CO2 is a major by-product of fertiliser production and now a wide range of industries from the NHS to meat-processing and the drinks industry are warning of disruption due to a lack of CO2. The NHS and slaughter industry will no doubt be given priority for supply of CO2 but it could mean more pain for the long-suffering hospitality sector.

Will the UK need to return to fossil fuels to keep the lights on this winter or will the UK suffer ‘brown-outs’?

Investors were in a cautious mood last week as weaker US inflation increased the possibility of tapering by the Federal Reserve (Fed) while there was further weak economic data from China. In the UK, despite high vaccination rates there was also a reminder that the fight against the Delta variant has not yet been won with PM Boris Johnson laying out possible measures to deal with Covid-19 this winter. UK inflation and wage growth data also increased the chances of the Bank of England bringing forward its plans to taper stimulus measures.

In addition to these factors, there was an alarming development in China where one of the world’s most indebted companies, property giant Evergrande, with $305bn of borrowings, looks to be in severe difficulties. International investors are reported to have significant exposure to Evergrande presumably on the assumption that the Chinese government would bail out investors as they have done in the past. This assumption now looks to be in doubt. Evergrande has already notified banks that it is not going to make interest payments this week. The Chinese authorities want to dampen speculation in the property sector which an Evergrande collapse would achieve, but at what cost to other Chinese property developers, the banking sector and the economy? A failure would be a severe liquidity shock to the Chinese financial system reminding us of the US sub-prime crisis in 2008. Too big to fail? Concerns about the Chinese economy have been reflected in a sharp fall in the iron ore price which is down by 50% from its peak in May.

The Office for National Statistics reported that fully vaccinated people are much less likely to die with Covid-19, as out of 51,000 deaths between January and July 2021, only 256 occurred after two doses. ‘Breakthrough’ deaths, those following two jabs were mostly in vulnerable men with an average age of 84. In the UK, people over 50 or ‘vulnerable’ along with key workers are to be offered a Pfizer or Moderna vaccine booster from six months after their second jab. Meanwhile, there has been a fresh outbreak of Covid-19 in three cities in south-east China and are believed to have come from a resident returning from Singapore. Local lockdown measures have been imposed.

In the UK, employment is back to pre-pandemic levels with underlying wage growth currently estimated to be between 3.6%-5.1%. CPI inflation hit 3.2% in the year to August, the biggest increase since records began in 1997, albeit the comparative month was distorted by the Eat Out to Help Out scheme in the hospitality sector. Supply chain disruption and higher input prices in areas like furniture and household goods appear to have contributed to the rise in inflation. The Bank of England still expects the headline rate of inflation to hit 4% before the end of 2021. Retail sales in August were poor but look to reflect the shift in consumer spending to eating out (restaurant spending is not included in this data). Clothing spending was higher presumably as people needed new clothes for eating out and stay-cations. Supply chain issues may also have impacted sales of bigger ticket items.

In the US, inflation pressures may be easing with August CPI up 0.3% or 5.3% on an annualised basis albeit the core measure was up by only 0.1%, the lowest underlying rate in six months. Some of the recent ‘transitory’ factors such as cars and airfares have reversed although as in the UK, supply chain disruption has pushed up the price of furniture, household goods and clothing.

Officials from China’s central bank, the PBOC pushed back against economic stimulus expectations and confirmed that monetary policy remains within ‘normal range’, and does not see the need for any large-scale support measures. However, economic activity for August revealed the impact of further Covid-19 lockdown measures. Industrial production grew by 5.3% but was the weakest reading since mid-2020, while retail sales slowed by much more than expected to 2.5% on an annualised basis. Meanwhile, there were renewed fears of further regulatory action by the Chinese authorities. Shares in Chinese tech giant Alibaba dropped after a report its financial affiliate Ant Group is again under scrutiny by the regulators.  They want to break up Alipay, which is China’s biggest payments app with more than a billion users. In addition, there was a sell-off in Macau casino operators on fears of greater regulation.

Finally, the Bank of England has issued a reminder that old £20 and £50 paper banknotes will become void from September 2022. These have been replaced with new polymer notes. Given many of us use less cash these days to pay for goods perhaps not so important but still worth a look down the back of the sofa? Mind you, having the correct legal tender is no guarantee that you can buy what you want given the disruption to global supply chains and shortage of HGV drivers.