Three Wheels on my Wagon* 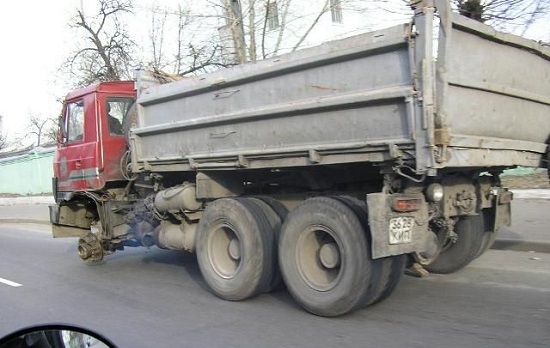 ‘Three wheels on my wagon and I’m still rolling along’ –  a song from the sixties that sums up the UK’s current predicament. The UK economy has re-bounded strongly following the exit from lockdown and with the release of pent-up demand. Global supply chains and just in time delivery were always going to struggle to keep up with demand as the world eased out of lockdown but in the case of the UK a combination of factors including Brexit and Covid-19 have created additional challenges for businesses.

The CBI has recently warned that the shortage of skilled workers that is affecting supply chains across the UK could last another two years. Disruption has already prompted firms including McDonalds, Wetherspoons, IKEA and Iceland to say they are falling short of supplies. ‘Three wheels on my wagon…’

The CBI has already asked for the ‘shortage occupations’ list which determines whether overseas workers are granted visas should be widened to include HGV drivers. The current occupations with serious shortages include welders, butchers, bricklayers, fruit and flower pickers, food and meat processing operatives, livestock and arable workers, factory assembly workers, scaffolders, carpenters, chefs and cleaners.’ Two wheels on my wagon….’

Hotels across the UK have been forced to limit bed linen changes and delay guest check-ins after a boom in stay-cations due to a chronic shortage of staff. Meanwhile, the Environment Agency has told water companies they can temporarily reduce the amount of chemicals used to purify drinking water caused by the lorry driver shortage. Even the roll-out of the winter flu vaccination programme has been delayed due to a shortage of HGV drivers.  ‘One wheel on my wagon….’

As we highlighted in Alpha Bites Truckin’ Nightmare in July -unless the government gets a grip on this then wages will continue to go up which could feed into higher prices and inflation but might also weaken the pace of economic recovery. UK economic growth already appears to have been adversely impacted by the ping-demic’ in July. Boris Johnson, as ever, seems well behind the curve, and is now looking to shorten the HGV driver testing process. Too little, too late?

After a good run, investors appear in a more cautious mood as they study inflation data and central bank guidance. Indeed, the last week or so has seen a proliferation of US broker notes highlighting the increasing risk of ‘stagflation’ given the cuts to US third quarter economic growth forecasts and inflationary pressures (wages, supply chain and energy prices). Guidance from the US Federal Reserve remains key and the recent weak jobs data seems to suggest that QE tapering is likely to be deferred to later in 2021. However, the European Central Bank (ECB) beat the Fed to the punch and is the first of the leading central banks to begin tapering QE support. Companies remain concerned about challenges to global supply chains from the Delta variant, although investors were encouraged by surprisingly strong trade data from China while the ECB raised its economic growth forecasts for the EU.

The ’Delta’ variant continued to cast a shadow over markets as President Joe Biden announced plans for mandatory vaccination for US federal workers to improve overall take-up of vaccines. In the UK, hospitalisations have been creeping up as have new cases but possibly to be expected with mass events underway once again and a new school term underway. PM Boris Johnson will set out the government’s plans this week to tackle Covid-19 over the winter.  Meanwhile, Japan confirmed that over 50% of its population have now been fully vaccinated.

PM Boris Johnson announced a ‘health and social care levy’ to raise £12bn to address the funding crisis in the sector. The new tax will begin as a 1.25% rise in National Insurance (£11.4bn) and an additional tax (£600m) on share dividends from April 2022 and will be a separate tax on earned income from 2023. The first three years (£36bn) will be used to catch up on the NHS backlog and then will flow into ‘social care’. These measures mean that the tax take from the UK economy has hit a post 1950’s high of 35.5% of GDP – so the highest for 70 years.  The government has also confirmed a one-year suspension of the ‘triple lock’ formula for annual state pension increases with a 2.5% rise. This coincides with a warning from Ofgem that soaring gas prices will feed into all energy bills in the UK.

UK economic growth in July was disappointing although may reflect the unintentional hit from the ‘ping-demic’. Meanwhile, retail sales growth fell short of expectations in August with a number of retailers reporting availability issues amid a shortage of supplies. Construction activity also dipped in August with uncertainty created by delays to key materials compounded by the lack of lorry drivers. Bank of England (BoE) Governor Andrew Bailey was speaking in front of the Treasury Select Committee and let slip that the vote on whether the minimum conditions had been reached to start QE tapering was 4-4 with himself thinking it had been met. BoE member Michael Saunders said that the UK economy is pretty much back to where it was pre-pandemic but that the current policy stance raises the risk of a persistent inflation overshoot.’

In Europe, the ECB became the first central bank to begin tapering its QE stimulus measures (if one ignores Australia’s central bank).  The ECB said ‘favourable conditions can be maintained with a moderately lower pace of net asset purchases under the Pandemic Purchase Emergency Programme   than in the previous two quarters.’ While precise guidance was not issued, markets seem to be assuming that the rate of QE could be tapered from €80bn a month to €60bn. At the subsequent press conference, the head of the ECB Christine Lagarde said the ‘re-bound phase in the recovery was increasingly advanced’ with the EU economy expected to be back to the pre-pandemic level before the end of 2021. The ECB has upgraded its economic growth forecast for the EU for 2021 from 4.6% to 5% and for 2022 from 1.9% to 2.2%. Inflation guidance has been increased for 2021 to 2.2% but is expected to drop to 1.7% in 2022.

Japanese consumer spending dropped for a third month in a row in July amid the pandemic and ongoing state of emergency.

China is moving to support small businesses with $46bn of new loans as part of its strategy to create jobs and reduce poverty within its economy. Meanwhile, China reported surprisingly strong trade data for August with export growth of 25% on 2020, while imports were also up by 33%. However, copper imports dropped by over 40% in August to a two-year low- a reflection of weaker economic activity or a buyer’s strike, driven by government intervention? China’s factory gate inflation jumped in August to a 13- year high of 9.5%. The spike in manufacturing costs has not yet fed into inflation which dipped to 0.8%.

Brent oil edged up to $73 as producers in the Gulf of Mexico appear to have made slow progress in restoring output in the wake of Hurricane Ida.

Finally, ahead of the COP26 Climate Change Conference in Glasgow, the UK has had to crank up some old coal-fired power stations to ensure energy supply. This is due to the UK being recently becalmed with wind power generation dropping to just over 4% of grid output while gas prices have soared. Sounds like the UK needs to invest more in power storage systems to counter inevitable shortages from greener technologies such as solar and wind when weather conditions are not favourable.

*Some readers may fondly remember this popular track by the New Christy Minstrels on Radio 1’s Saturday morning Junior Choice hosted by the late Ed ‘Stewpot’ Stewart -those were the days!