One Man and his Dog 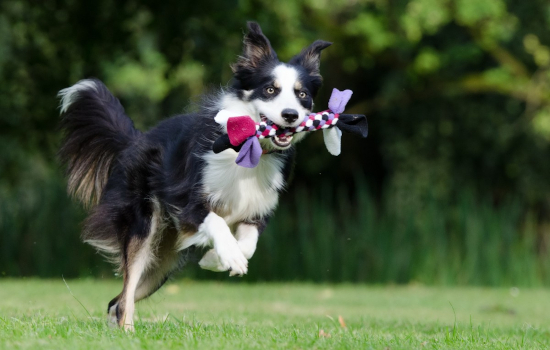 Covid-19 and lockdown has changed life in many ways and in the UK one of the biggest changes has been the increase in pet ownership, particularly companion animals such as cats and dogs. The Pet Food Manufacturers Association (PFMA) estimates that 3.2 million households have acquired a pet since the start of the pandemic, which means that there are now 17 million pet-owning homes in the UK.

The PFMA believes that younger people are the main drivers behind the increase in pet ownership with under-35s accounting for 59% of new pet owners. Some 74% of those surveyed said their pets had helped their mental health and cope with social isolation. However, the RSPCA has warned of a potential crisis once some pet owners return to the office rather than working from home. Animal welfare organisations, like many charities, have been struggling to raise funds during lockdown particularly with charity shops closed. The PFMA estimate that 5% of new pet owners have already given up ownership.

Another unexpected development arising from higher pet ownership is dog theft, particularly high value ‘designer dogs’. The demand for puppies and spike in prices has also seen a record level of pet fraud with some pet buyers scammed when buying puppies online.

From a stock market perspective, the clear winners from higher pet ownership have been the quoted veterinary practices and pet food retailers. Dog grooming salons are no doubt also looking forward to reopening soon. Even the BBC has jumped on the pet ownership bandwagon with ‘Pooch Perfect’, the hunt for Britain’s best dog groomer. How long before the BBC bring back the iconic ‘One Man and his Dog’? – ‘He’s gone too high – he’s gone too high!’

Thoughts turned from inflation to Covid-19 with the anniversary of the lockdown in the UK and the arrival of a third wave of infections across Europe. The prospect of an extension of lockdown measures in Europe countered positive manufacturing activity data.

After the recent dispute, the UK and the EU are about to reach a vaccine deal that could remove the threat of export restrictions from the bloc. The potential agreement may require the UK to forgo some of its long-term supplies of the Oxford-AstraZeneca vaccine to be exported from Holland. Germany became the latest country in Europe to extend lockdown – by three weeks with an almost complete halt over Easter. Other countries, such as France and Italy, have also reimposed restrictions. In the UK, over 30 million people have had a first jab, this represents 57% of all adults, with more than 2.4 million having had a second dose. In the US, around 70% of Americans aged over 65 have received a jab – that’s over 38 million people. US health regulators note a significant reduction in emergency department visits among people over 65. Globally, Covid-19 challenges remain with India seeing its daily caseload increasing although it is not clear yet whether this is due to new variants or poor adherence to safety protocols.

One of the questions for markets in 2021 was, will there be any easing in tensions between the US and China under President Joe Biden? Well, last week some 30 countries including the US, Canada, UK and EU imposed sanctions against a number of Chinese officials due to the persecution of the Uighur Muslims. China responded with its own sanctions against European officials. Whether this develops into something more significant remains to be seen, but it is another example of the deterioration in relations between China and the West as well as its neighbours in the Pacific over a range of issues including technology, Hong Kong and Taiwan. China is also still very sensitive about the Covid-19 outbreak where we are still awaiting the report from the WHO investigation team that visited Wuhan. China is the second largest global economy and source of key components in many supply chains and consumer products. However, the current US administration is not ready to lift tariffs on Chinese imports (introduced by Trump) in the near future, even though these were criticised in the past continue to impact US businesses and consumers.

A number of retail brand owners such as Nike, H&M and Burberry are facing a backlash in China after they expressed concerns about the alleged use of forced Uighur labour in the production of cotton. Chinese authorities have called for a boycott, celebrities have cut ties and e-commerce platforms have dropped some western brands. China has form here, previously calling for a boycott on some Japanese goods, such as cars, which did have an immediate and adverse impact on sales.

The 23rd March was ‘UK Tax Day’ and Chancellor Rishi Sunak held an online seminar. He said that the current international framework must change, as technology and multi-nationals are actively seeking to minimise tax paid and believes a G7/G20 agreement is ‘within our grasp’. UK Tax Day highlighted an extra £31bn of tax that the government is hoping to raise. Pretty much every major country is in need of increased tax revenues to pay down Covid-19 accumulated debt. Perhaps developments in New Zealand are worth noting? House prices have risen 21% in 2021 and the government said that property owners will no longer be able to deduct mortgage interest as tax relief and the period for paying capital gains tax on property disposals will be extended from 5 to 30 years. Will other countries follow?

In the UK, with the Bank of England and every other forecaster projecting higher inflation over the next few months, the fall in the February print to 0.4% was a surprise. However, it appears due to Covid-19 distortions, specifically in the clothing sector with forced store closures. UK ‘flash’ PMI economic activity readings for March were better than expected with both the manufacturing and service sectors benefiting from a vaccine inspired return of confidence.

In Europe, the ‘flash’ Eurozone PMI economic activity indicator readings for March were ahead of expectations with the manufacturing outlook positive, although the outlook for the services sector has been overshadowed by the risk of a third wave of Covid-19 infections and delays in vaccine rollout.

In the US, media reports suggested President Joe Biden’s administration is considering spending $3 trillion on infrastructure with two bills to ease path through Congress. Meanwhile, the new administration has nominated Lina Khan, a prominent advocate of breaking up ‘Big Tech’ firms for the Federal Trade Commission. Treasury Secretary Janet Yellen also confirmed that the new administration wants to increase corporation tax to 28%. Meanwhile, Jerome Powell, Chair of the Federal Reserve, acknowledged that the US will see inflation rise this year, but that the uptick in prices will not be substantial.

Brent oil was languishing at $62 on demand concerns as lockdown measures in Europe were extended, but rallied to almost $64 after a container ship blocked the Suez Canal! This unfortunate development may soon be resolved as the Ever Given was partially freed overnight. However, this represents yet another disruption for global trade which is likely to impact supply chains for weeks or even months.

Finally, Twitter founder Jack Dorsey’s first ever tweet, which said ‘just setting up my twttr’ has been sold for £2.1m to a Malaysia-based businessman. The tweet, first published in March 2006 was auctioned for charity. The buyer likened it to buying a painting of the Mona Lisa. In a further sign of how times change, the tweet was purchased using a cryptocurrency!