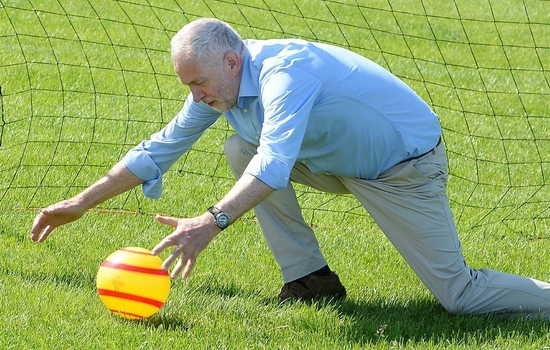 As the FA sells off the latest batch of broadcasting rights to Premier League matches, we look at the politics of business.

In the UK, there is still a chance that divisions within the Conservative party could lead to another leadership contest. Would this in turn lead to another general election?

In its shift to the left, the Labour party has said that were it to win the next general election that it would seek to re-nationalise utilities, rail and the Royal Mail ‘at no cost’. In the wake of the Carillion collapse, Labour would also seek to take some PFI schemes back into the public sector potentially without compensation.

In the USA, President Trump, as a result of his ‘America first’ policy, intervened in the Bombardier-Boeing dispute by attempting to impose import tariffs on planes destined for US carriers.

In 2016, PM Theresa May surprisingly welcomed Softbank’s £24bn purchase of ARM, the UK’s largest technology firm by Softbank, as a sign of confidence in in Britain, following the EU referendum. In 2018, UK engineer, GKN has received a bid approach from Melrose. This in turn has created buying interest from overseas in GKN’s automotive division. However, post the Cadbury takeover by US company Kraft, the Government has felt ‘national interests’ need to be considered with cross border M&A.

In the case of GKN, will the Government let stock market events take their natural course, or will it take steps to intervene to prevent the possibility of world leading automotive technological expertise passing to overseas control, in an auction similar to the FA – winner takes all?

It may be down to Valentine’s Day, but last week investors fell in love with equities once again. While inflation data was not supportive, investors chose to focus instead on positive company results and synchronised global economic growth. Global equities recorded six straight positive days with last week ending up being the strongest week for markets in two years.

Recent market volatility seems to have been driven by rising inflation expectations and a growing concern that central banks may have been caught ‘asleep at the wheel’. The fact that both bond and equity markets have also been ‘behind the curve’ on this could be down to the rapid rise of passive investing. As more and more money simply tracks the market, have equities become less of a lead economic indicator than in the past? Computer driven passive capital allocation would appear more susceptible to reacting in a more volatile way to published economic data.

In the last few weeks there has been increasing evidence of higher than expected wage inflation from some companies so markets have been focused on inflation data. Both the UK and USA released inflation data last week, the UK in -line but the US above forecast. Tellingly, the S&P 500 futures dropped 1.8% on the release of the US inflation data, suggesting the potential volatility for equity markets as US interest rates normalise over the next eighteen months. However, US equities actually went up as the inflation picture was countered by US retail sales data, which showed a sudden deceleration in consumer spending. Besides the inflation outlook, another factor to influence bond yields will be the rollover of US government debt in 2018. Over $3trillion of US Treasury stock is due to mature in 2018 and needs to be rolled over. Given President Trump’s US fiscal economic stimulus plans are likely to be funded by the issuance of short-term debt, then the next few years will likely see a large increase in supply of US Treasury stock. Concerns about US debt would appear to be overshadowing interest rate policy from the Federal Reserve as the US Dollar touched a three -year low against a trade-weighted basket of currencies. Sterling climbed back to $1.41.

UK CPI inflation for January remained steady at 3% and bang in line with the Bank of England’s near-term projections in the previous week’s Inflation Report. One of the factors behind the BoE’s hawkish shift on interst rate guidance the previous week was the belief that inflation will decline more slowly than expected, due to rising wage settlements. However, retail sales remain sluggish with growth of just 0.1% in the three months ended January.

Developments over the last week or so have clearly brought the ability of the UK and EU to agree on terms of the Brexit transition period at the March 22nd/23rd EU Council into significant doubt. The next EU Council meeting is not until June so if discussions run into April will a special session be required? A cabinet away day is planned to thrash out agreement amongst ministers in the UK, culminating in a speech from PM Theresa May. She has more plate spinning to do however with the breakdown of power sharing talks between the DUP and Sinn Fein, which is liklely to further complicate the Irish border issue during the transition phase.

In the USA, annual inflation remained at 2.1% which came as a surprise compared to expectations of 1.9%. US producer prices also came in higher than expectation. However, retail sales were weaker than expected. The new Federal Reserve Chair Jerome Powell reiterated that ‘we are in the process of gradually normalising both interest rate policy and our balance sheet, with a view to extending the recovery’ and more comfortingly added ‘we will remain alert to any developing risks to financial stability’. President Trump proposed a $4.4trillion federal budget for 2019 including $200bn to act as seed funding for his $1.5trillion infrastructure plan. Presidential budgets are rarely enacted by the US Congress, but are usually a signal of intent, so markets will be watching how this message from Trump translates into reality. One thing is clear, US defence spending is rising and Trump, having delivered his tax reform programme is still keen to push on with phase two of his ‘America First’ policy with investment in US infrastructure and a ‘reciprocal tax’ on imports against higher tariff countries.

The International Energy Agency (IEA) forecast that crude oil production from outside OPEC, primarily driven by US shale oil output would likely surpass global demand in 2018 and weigh on oil prices. The IEA said the situation was reminiscent of the first wave of shale oil growth in 2014, which precipitated the sell-off in oil later that year. Brent oil dropped back to $62 before rallying to $64 as Saudi Arabia’s Oil Minister said it was committed to keeping production cuts in place until the end of 2018.

Finally, more Bitcoin madness. Iceland has a small population of just 340,000 but nearly 100% of its energy comes from renewable sources. This has led to the growth of new datacentres keen to benefit from green credentials. However, the head of Iceland’s energy firm has warned that electricity use at Bitcoin mining centres is likely to exceed that of all of Iceland’s homes.  Meanwhile, Europol, the EU organisation for law enforcement cooperation estimates that between £3bn-£4bn of criminal money in Europe is being laundered through cryptocurrencies. In addition, scientists at Seti (Search for Extraterrestrial Intelligence) are struggling to acquire new graphic processing units due to demand from crypto-currency miners!