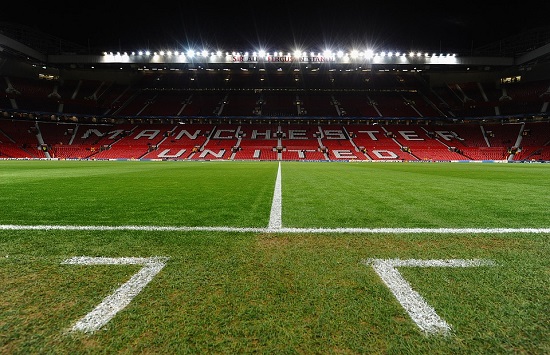 One thing that caught our attention over the summer was the record amount spent by Premier League clubs during the transfer window. According to data from Deloitte, the 20 clubs spent a record £1.2bn on players.  Manchester United paid Everton an initial £75m for striker Romelu Lukaku, while Chelsea paid Real Madrid £70m for Alvaro Morata. Record broadcast, commercial and matchday revenues have enabled Premier league clubs to splash out on new talent.

The City is not unlike the Premier League with a number of companies having announced the appointment of star managers over the summer. For example, it was announced that Dame Carolyn McCall is to join broadcaster ITV from airline Easyjet next January. According to media reports, she could earn up to £25m during her first five years at the helm.

Management remuneration and bonuses have become something of a hot topic in the City in recent years. Shareholders are becoming far more vocal and active in protesting against too generous bonus schemes at company annual general meetings. The government has now proposed new corporate governance laws to come into effect by June 2018. This will require publicly listed companies to reveal the pay ratio between management and workers.

Another issue for long-term shareholders appears to be the relatively short time at the helm of some key managers. The average period of service of FTSE 100 Chief Executives is estimated to be 6-7 years and 4-5 years for Finance Directors. Mind you, that’s a lot longer than some Premier League and England managers!

While no fresh information emerged from the meeting of central bankers at Jackson Hole, USA, markets are continuing to focus on the Fed and ECB. Both central banks are likely to give further detail on their intentions to scale back their stimulus from September. This comes at a time when the US politicians need to resolve debt ceiling negotiations. However, media reports suggest Congress might combine emergency aid for hurricane Harvey victims with stop gap government funding and a debt-limit increase.

In the meantime, markets continue to fret about North Korea, a situation which has deteriorated over the weekend following a nuclear test reported to be 10 times more powerful than the last one a year ago. President Trump said the ‘United States is considering, in addition  to other options, stopping all trade with any country doing business with North Korea.’ Chinese President Xi Jinping also responded and agreed to “appropriately deal with” the latest development. An emergency UN meeting has been scheduled for today.

On a trade trip to Japan, Theresa May said she intends to fight the next general election in 2022 as prime minister. This no doubt comes as a surprise to many Conservative MPs who had been expecting the PM to stand down at the latest after the UK leaves the EU in March 2019.

Rhetoric from both the UK and EU around the third round of Brexit negotiations suggests both sides are digging into their positions with the UK insisting that future trade issues and the financial settlement must be discussed together and the EU insisting that a clearer commitment from the UK on legacy financial issues must be forthcoming before talks on trade can begin. The EU chief negotiator Michel Barnier said there has been ‘no decisive progress’ and negotiations are still ‘quite far away’ from being in a position to talk about future trade arrangements.

While public acceptance of some form of EU ‘exit fee’ is increasing, this remains a difficult sell for UK politicians.

In the meantime, the Brexit clock is ticking. As ever there are winners. The FT featured a Rotherham based, family owned mechanical seal maker AESSeal where 80% of sales are to customers outside the UK. A 15% depreciation of Sterling makes it very competitive while under WTO rules the tariff on mechanical seals would be only 1.5% and on assembled components zero. However, there could also be losers. The chief executive of the British Retail Consortium has warned that agreements on security, transit, haulage, drivers and VAT and other checks will be required to get systems ready for 2019. ‘If you have 4 million trucks crossing the border every day, it’s important you have the right infrastructure behind it’. He has warned that supermarket prices might have to rise and that there could be gaps on some shelves if there is not a smooth Brexit transition process.

The EU’s Eurozone economic sentiment indicator was ahead of expectations in August, reaching a ten-year high and indicative of annual economic growth of over 3%.  Inflation in the Eurozone increased from 1.3% in July to 1.5% in August. Meanwhile, the German election on 24th September is fast approaching but unlike the UK and France is not expected to pose significant market risk.

The US economy grew faster than expected in the second quarter with growth revised up from 2.7% to 3% due to higher consumer spending and business investment than in the initial estimate. The flooding from hurricane Harvey will no doubt have some adverse impact on third quarter economic growth with gasoline price s rising sharply. US consumer spending rose slightly less than expected in July while inflation increased at its slowest pace since late 2015.

President Trump discussed his tax reform plans, warning Congress not to miss a ‘once in a lifetime opportunity’ to boost the US economy but focused more on the reasons for changing tax rates rather than on providing details of how they will be changed. ‘Ideally, I would like to bring the tax rate down to 15%. I am fully committed to working  with Congress to get this job done and I don’t want to be disappointed by Congress’.

China’s official manufacturing activity was slightly ahead of expectation. This has remained above the ‘key 50 expansion reading’ for 13 consecutive months now and may ease some concerns about a slowdown in Chinese economic growth.

Finally, no wonder many people don’t trust banks. America’s third largest bank, Wells Fargo has uncovered up to 1.4 million more bogus accounts that were opened for customers without their permission. This brings the total up to 3.5 million accounts. Wells Fargo has already been fined $190m by US banking regulators. Wells Fargo investor, Warren Buffet said ‘ what you find is there’s never just one cockroach in the kitchen when you start looking around’.