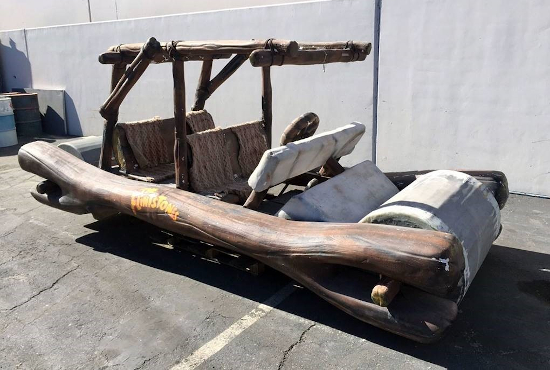 Pneumatic tyres were first used on vehicles in the 1890’s. Technology has advanced to create it to be near indestructible and therefore not easy to recycle. However, tyres can suddenly fail, potentially leading to death or serious injury.

At Goodyear’s track in Luxembourg, a Tesla Model 3 is currently undergoing tests – turning through tight corners, accelerating rapidly and doing emergency stops. What is remarkable though is that the car has four airless tyres – special plastic spoke, support a thin, reinforced rubber tread made by US manufacturer Goodyear.

Other tyre manufacturers are working on airless wheels, in fact Michelin developed its Tweel (tyre-wheel) in 2005 albeit for slow-moving farm vehicles. However, the development of autonomous vehicles and cities keen to offer a Transportation-as-a-Service Strategy (TaaS) has sparked investment in the creation of a maintenance-free tyre and one that avoids punctures!

Airless tyres are particularly suited to electric vehicles which have heavy batteries. However, airless tyres have greater contact with the road surface and rolling resistance might have implications for battery life and range. There is also greater noise and vibration. Airless tyres would also likely command a premium price to begin with although some suggest 3D printing could be a game changer.

It is still early days and besides consumer perception, there is the matter of regulation as governments will demand rigorous safety tests and the introduction of standard rules.

This is yet another example of how rapid technological change is these days. Pneumatic tyre technology has been around for over a century and by comparison airless technology is very recent. Have we invested in this exciting airless technology? No, not at the current time, because the technology is early stage and some years away from fruition. However, where clients have the appropriate attitude to risk, we do invest in successful and profitable UK technology businesses.

At a time of rising inflation, airless tyres will not be under pressure or overinflated. Yabba Dabba Doo!

Trains, planes and automobiles – a national rail strike, flights cancelled and record petrol prices! At least the ability to WFH should avoid the first of these totally crippling the UK economy, although some businesses will inevitably be adversely impacted. One London pub operator estimated its weekly sales would drop by 25% due to lower footfall. The strike action has however once again highlighted the challenge for both governments and central banks with the spike in inflation, exacerbated by the war in Ukraine, creating a cost-of-living crisis.

The Bank of England will not want to see higher wage demands become entrenched which could make tackling inflation even more difficult. However, it’s not just the UK where pay demands are rising, with the largest union in Germany demanding a 7%-8% wage increases for its members in the metal and electronics sectors. Meanwhile, higher inflation is also impacting UK government finances. Public sector net borrowing fell in May but was higher than the market expected and debt interest payments jumped from £4.5bn last year to £7.6bn driven by index-linked gilts.

Central banks are raising interest rates to try to tame inflation but risk tipping the global economy into recession. Clearly, some of the inflationary pressures are outside of their control due to the war in Ukraine. Nonetheless, higher interest rates and softening demand has led economists at two leading US investment banks to suggest the risk is increasing. One has increased the chance of a US recession from 15% to 30%, while the other has upped the chance of a global recession to 50%. Equity markets re-bounded sharply on Friday as recession fears were considered overblown by some. However, the huge volatility in credit markets continued on the back of the weaker PMI business activity indicators (see below). Is 3% the new barrier to US bond yields with the 10-year US Treasury at 3.1%? Commodities have also been volatile. Copper is seen as an economic ‘bell weather’ touched a record high in March helped by the growth of renewable energy (EVs, wind turbines) but is now down by 14% this year.

The war of attrition in Ukraine continues with NATO Secretary-General Jens Stoltenberg saying ‘We must prepare for the fact that it could take years. We must not let up in supporting Ukraine.’  Russia has warned Lithuania of ‘serious’ consequences after it banned the rail transfer of some goods under EU sanction guidelines to the Russian territory of Kaliningrad. NATO is going to have to significantly increase its physical presence in the Baltic states -Estonia, Latvia and Lithuania. Indeed, there is talk that the 40,000-strong NATO Response Force could be expanded as much as six-fold.

Russia has defaulted on its foreign debts for the first time in a century. The default is mainly a symbolic event for now as Russia is already a pariah within the Western financial system and it is unlikely to tap international markets for money in the future. However, it will further tie Putin’s hands as the country suffers its biggest economic shock in years and could starve Russian companies of future funding options if the contagion spreads to Russian corporate bonds. Meanwhile, Germany has moved to the second stage of its three-part emergency gas plan. This follows a drop in gas supplies from Russia with Germany’s economy minister accusing Russia of using gas ‘as a weapon.’ The International Energy Agency has warned Russia could cut off all gas supplies to Europe this winter.

In the UK, annualised CPI inflation increased to 9.1% in May as expected. The Bank of England expects inflation to rise to above 11% in the Autumn. Annual inflation in essentials such as food soared from 6.7% in April to 8.6% in May which will fan the flames of the cost-of-living crisis and make current pay disputes even harder to resolve.  The manufacturing PMI business activity indicator declined in June with factory orders dipping below the 50.0 growth threshold to 49.6.

In Europe, the manufacturing PMI business activity indicator for June fell to a 22-month low while the service sector reading dipped to a 5-month low. Manufacturing output contracted for the first time in two years.

In the US, Jerome Powell, Chair of the Federal Reserve (Fed) gave his semi-annual testimony before a Senate panel. This lacked any real fresh guidance but he said there was a possibility of a recession but that it was not the Fed’s intention. ‘It is appropriate for the interest rate path to be modestly restrictive’ which points to rates a lot higher with a neutral rate of between 2.5%-3.5% and that is where US interest rate futures are currently.

Concern that higher interest rates will further slow the global economy saw Brent oil initially retreat to below $110 before recovering to $113.

Finally, Australia’s energy minister recently asked 8million residents of Sydney and New South Wales not to use electricity for two hours every evening. Australia is one of the world’s biggest exporters of coal and liquified natural gas. Nonetheless, Australia has felt the impact of disruptions to coal supplies, outages at several coal-fired power stations and soaring global energy prices due to the war in Ukraine. Perhaps yet another wake-up call for the UK government and our energy security this Winter? French energy giant EDF has said it is prepared to walk away from the Sizewell C nuclear project unless the government makes a key investment commitment!