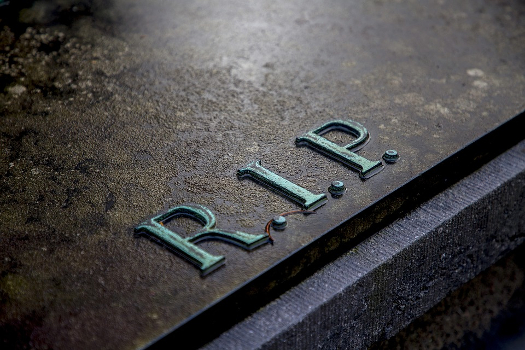 ‘There are three kinds of lies: lies, damned lies and statistics’.

In the UK, the Office for National Statistics (ONS) has recently admitted it had made mistakes in the way it had measured the telecoms sector between 2010 and 2015. The Deputy Chief Economist for the ONS, highlighted just how far the current statistics could be from the real figure. ‘We are running to catch a bus that is accelerating away from us’.

This has called into question both the Consumer Price Index (CPI) and Retail Price Index (RPI). If the data was changed to reflect the revised telecoms statistics it would be the first backward revision of CPI since introduction in 1996.

Social security payments, rail travellers, students and index-linked gilts are just a few of the inflation related areas which have been impacted by the incorrect telecoms data. For example, the ONS recognises that the RPI is already too high due to a 2010 change in the way it measures clothing prices. The £650bn UK index-linked gilt market is RPI based, so the ONS error means taxpayers have been effectively subsidising gilt holders.

Bank of England governor Mark Carney has added his voice to the critics of the UK’s flawed RPI inflation measure.  Any reform however is likely to be slow.

Less than a week since speculation about a possible equity market ‘melt upwards’ was becoming  widespread, markets engaged reverse gear as bond yields edged higher. Despite the bond yield induced wobble, global markets still had their best January since 2012. However, for UK based investors, global returns were held back by the recovery in Sterling. Likewise, the UK equity market, with many overseas earners and exporters, lagged well behind other global equities due to the former favourable currency tailwind turning into a headwind with Sterling at $1.41. February has, so far, seen markets fall with the US jobs data the trigger for another uptick in bond yields.

The US Treasury Secretary Steve Mnuchin sought to clarify his comments about the Dollar saying ‘it was in no way intended to talk down the Dollar whatsoever’. While US interest rates are heading higher in 2018 and US economic data is positive, Dollar weakness may reflect concern about the US fiscal outlook and widening current account deficit. Central bank reserve managers appear keen to diversify their assets away from US Dollars.

The big story was the continuing rise in bond yields. The 10-year US Treasury yield climbed to over 2.85% while the UK 10-year gilt yields increased to over 1.5%. The rise in bond yields was initially   prompted by a story that the European Central Bank (ECB) would start tapering its stimulus programme between September and December. In addition, the US Fed comments on future interest rate policy were viewed as more ‘hawkish’ than previously. Slightly higher than expected US wage growth data added to bond market woes, as investors fretted that the US Fed might push up interest rates at a faster pace than expected.

This week will see key Brexit talks in London. The EU appears to be working to an October deadline to complete the Brexit deal, but the UK’s Brexit Secretary David Davis is suggesting December. PM Theresa May is believed to be considering the option of striking a customs union deal with the EU covering trade in goods. This would severely limit the UK’s ability to strike its own trade deals so would be unlikely to go down well with Conservative hard Brexiteers. Meanwhile, the EU is threatening sanctions to prevent the UK from undercutting it, including ‘tax blacklists’ and penalties against state- subsidised companies.

In Europe, the ECB’s chief economist repeated the party line that the asset purchase programme will conclude only when the central bank’s council members are fully confident that inflation is progressing towards the 2% target. The Eurozone economy responded to the earlier ECB stimulus and recorded its strongest rate of growth for a decade in 2017 at 2.5%. Germany upgraded its forecasts of economic growth for 2018 from 1.9% to 2.4%. The German economy grew by 2.2% in 2017.

In the USA, President Trump’s first State of the Union address touched on many issues but was short on details on his policy proposals. This included a big infrastructure plan, where he intends to allocate $200bn of federal funds over the next 10 years on roads and transport projects. This in turn would be expected to encourage further spending from the state, local governments and private sector, taking the investment to as much as $1.5trillion. Meanwhile, Janet Yellen kept the Federal Reserve on course for a further interest rate rise as soon as March in her final meeting as chair of the central bank. The accompanying Fed press release suggested a more ‘hawkish‘ stance however, with a projected 2.1% annual core inflation rate from December and stronger wage growth.

China’s $4trillion bond market could be facing a refinancing challenge over the next five years, as more than half of the outstanding debt matures. A test for many borrowers is that new debt is likely to be more expensive given a higher interest rate environment.

Finally, a money related story that made us smile. Two men, who thought they had unearthed a stash of Roman gold coins, had their dreams dashed when they later discovered the coins were a prop for the TV sitcom ‘Detectorists’. One of them said his friend started ‘shouting and jumping around and dancing’ after he found the ‘treasure’.