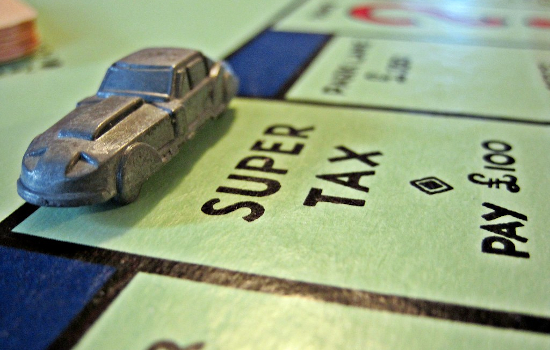 The increasing availability of electric and hybrid cars has made investors excited about new technology such as fuel cells and lithium batteries. The fact that many consumers ‘want to do their bit’ to address climate change should be supportive of the switch in the longer term to more environmentally friendly transport. However, the catch is it provides a major challenge for Government finances.

Besides Road Tax, the Treasury earns about £27bn from duty on petrol and diesel. So, if conventional petrol and diesel cars are largely replaced by electric vehicles by 2040 how does the Government fill a potential hole in its fuel duty finances?

One option apparently being considered by the House of Commons Transport Select Committee is ‘pay-as-you-drive’ road pricing. Much of the key infrastructure to make this reality is already being installed with ‘smart’ motorways with cameras on overhead gantries that can register number plates.

Presumably the technology could be incorporated into a system to monitor mileage and invoice drivers electronically? If this does prove to be the replacement for fuel duty would this mean higher costs for firms whose operations involve greater mileage such as regional delivery and national logistics or service and maintenance engineers? Would consumers be willing to pay higher prices if the cost of goods delivery increased? Would it drive traffic onto unmonitored country roads? While, not an immediate concern, the growing use of electric vehicles could be another classic example of the law of unintended consequences.

Just as a number of leading activity indicators were providing evidence of a global economic revival, uncertainty has been created by the Coronavirus outbreak in China. While the Chinese authorities have demonstrated their determination to deal with the economic implications of Coronavirus by announcing more stimulus measures, markets remain wary as images on social media starkly contrast to official news.

The Coronavirus outbreak in China continued to overshadow global equity markets last week with neighbouring countries such as Japan and South Korea, along with Chinese exposed sectors such as airlines, tourism, luxury goods, oil and mining bearing the brunt of weakness.

The number of reported deaths is increasing and Coronavirus has been confirmed as reaching every region in mainland China. The economic impact will depend upon how successfully the Coronavirus outbreak is contained. However, how do markets fully price in the risk, when there is limited visibility on how bad the outbreak could get, and the adverse impact on the Chinese economy? The economic impact may be harder to manage compared with the SARS epidemic in 2002-2003, when China was able to undertake greater stimulus measures to support its economy. The world is also a smaller place than eighteen years ago with China a key market for many western companies while its factories are more closely integrated into the global supply chain. For example, Apple supplier Foxconn has already warned that production could be affected at its two main manufacturing plants in Henan and Guangdong, which are near Hubei province.

In 2003, China accounted for barely 4% of global economic growth, but in 2020 it is expected to generate almost 17% of global output and account for 29% of the world’s growth. The World Health Organisation initially declared the outbreak an ‘emergency in China’ but has since called it a global health emergency as it is concerned about the spread to emerging countries with less robust healthcare systems. In China, the fact Coronavirus has struck over the Chinese New Year is particularly bad timing. People are cancelling trips, avoiding crowded places and stocking up on daily necessities. This means that discretionary spending will be lower during a period that traditionally sees a lot of activity. Clearly, Chinese economic growth is going to be adversely affected in the short-term but it is difficult to be precise at this stage, although some forecasts have already been slashed from 6% to 4%.

In the UK, the Bank of England (BoE) opted to keep interest rates on hold at 0.75% by 7-2 votes with the majority of committee members looking for more tangible signs of a ‘Boris bounce’ in the economy. Sterling firmed to $1.31.

In Europe, German business confidence was unexpectedly more cautious than expected although the outlook for the key manufacturing sector continues to improve.

In the US, Federal Reserve (Fed) Chair Jerome Powell repeated previous interest rate guidance saying, ‘policy is appropriate to support sustained economic growth, a strong labour market and inflation returning to our 2% objective’. Meanwhile, US economic growth in 2019 slowed to 2.3% with an annualised growth rate of 2.1% in the fourth quarter.

In China, Hong Kong announced plans to slash cross-border travel between the city and the mainland to contain the spread of Coronavirus. Chinese ‘flash’ manufacturing activity indicators for January were in line with expectations but clearly markets will now be watching the next set of data given Coronavirus, city lockdowns and extended factory shutdowns. Chinese equities dropped by almost 9% on re-opening after the prolonged New Year break. The People’s Bank of China announced that it would inject over $170bn (1.2trillion yuan) of short-term liquidity into markets and has cut the key bank repo rate by 0.1%.

Brent oil dropped below $56 as the lockdown of a growing number of Chinese cities and cancelled flights threatened one of the steadiest areas of global oil demand – jet fuel.

Finally, to mark Brexit on 31st January, some 3million new 50p coins have been released into circulation by the Royal Mint with the message ‘Peace, prosperity and friendship with all nations.’ The phrase was ‘coined’ by Chancellor Sajid Javid. Will he still be feeling this way about the EU this time next year after trade talks?