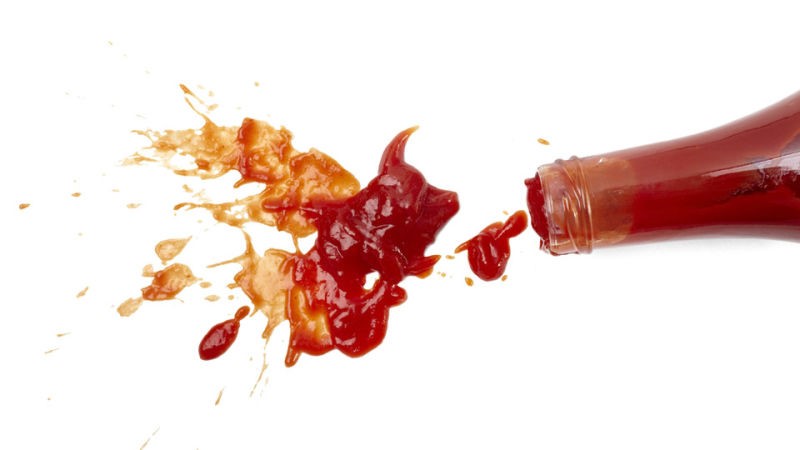 Are you a slapper, banger, walloper, shaker or squeezer? Admit it, whether its toothpaste, glue or sauce, we all like to get that last little bit out the bottom of the tube or bottle to get our money’s worth. However, no matter how much you try there always seems to be a small amount that clings to the bottom.

Well, there’s good news as American scientists believe they have developed a coating that makes the interior of tubes and bottles super slippery improving the viscosity of the contents. The inventors claim it will help reduce waste, as an estimated 200 million gallons of material gets washed off into drains each year.

Talking of being squeezed, Chancellor Philip Hammond, is currently in a bit of a fix. Wednesday’s Spring Budget is unlikely to be received as a ‘give away’. Rising social care costs and talk of a Brexit fighting fund to face ‘unexpected challenges’, are likely to prolong ‘headline’ government austerity measures. Is the Chancellor going to be a squeezer or a shaker?

According to reports, Article 50 could be triggered on the 19th March. Let’s hope we are able to be suitably robust with our negotiations and don’t get walloped or squeezed by the EU negotiators.

The main highlight of last week was President Trump’s speech to Congress which struck a more conciliatory tone than many of his recent comments and tweets. However, there was still a lack of detail on the fiscal policy proposals. Meanwhile, Fed Chair Janet Yellen suggested that an interest rate increase would be ‘appropriate’ given the current trend in US inflation and employment.

The equity market response to Donald Trump and US Fed comments appears sanguine with many indices still hovering around all-time highs. Indeed, Wall Street hit a record high driven by banks which benefit from higher interest rates. Indeed, it almost felt like the ‘dot-com bubble’ all-over again as new issue Snap soared 40% in initial dealings valuing it at $30bn, even though it is still loss-making and new shareholders do not get to vote. In terms of the wider market, US investors also appear to be taking the view that if the Fed is seriously considering a March interest rate hike, then it must have greater confidence in the strength of the US economy.

Globally, manufacturing activity indicators also remain supportive of equities. Sterling weakness to under $1.23, reflecting both the latest UK manufacturing data and Dollar strength was also supportive of the UK market which contains a large number of overseas earners.

In the UK, the manufacturing activity indicator reading remained firmly in expansion territory although it did lose some momentum in February. The service sector also saw growth ease in February to a five-month low. UK house prices increased by 4.5% in the 12-months to February according to the Nationwide. It is forecasting a 2% rise in house prices for 2017.  Wednesday will see Chancellor Philip Hammond’s final Spring Budget set against an improving borrowing backdrop, but he is likely to continue his previous cautious approach, keeping something aside given the Brexit uncertainty.

The House of Lords voted in favour of one amendment to the Article 50 bill. This is likely to be rejected by the House of Commons and the bill could pass into law by mid-March and PM Theresa May will then be in a position to notify the EU. The European Council is due to hold a meeting to celebrate the 60th anniversary of the Treaty of Rome at the end of March and are reported to be discussing the EU negotiating position regarding Brexit following this meeting.

In Europe, the Eurozone economic sentiment indicator continued to rise in February as business and service reading improved, offsetting weaker consumer sentiment. The overall reading is indicative of Eurozone GDP growth of about 2.5%. However, the manufacturing activity indicator for February touched a 70-month high. Eurozone headline inflation hit the European Central Bank’s target rate of 2%, a four- year high. The core rate was unchanged at 0.9% but pressure is clearly building.

In the USA, Donald Trump called for the biggest increase in US military spending since the height of the Iraq and Afghanistan wars, seeking to add $45bn to the Pentagon’s budget to combat what he views as threats from a ‘dangerous world’. In his speech to Congress, Trump returned again to the subject of rebuilding infrastructure, highlighting that he will be seeking approval of legislation that produces a $1trillion investment financed by both public and private capital. He also confirmed he intends to repeal and replace Obamacare, enforce migration laws and overhaul tax cuts for the middle class. His economic team is also working on historic tax reform that will reduce the rate of tax for US companies. He also voiced the ‘America first’ complaint that US exports were taxed more than imports coming into the country but declined to say how he thought this problem could be solved. His mixed messages reveal how his leadership style and reluctance to get involved in policy details, appears to be hampering efforts to advance his plans and underscores the divisions in both the Trump administration and Congress.

Elsewhere in the USA, durable goods data for January revealed an unexpected slight dip in the core key capital goods component after three months of strong growth. This may be a temporary feature however, given the strong US business sentiment surveys. US Q4 GDP slowed modestly to 1.9% but consumer spending was revised higher to 3%. US consumer confidence has subsequently touched a 15-year high in February. The Fed’s preferred measure of the annual inflation rate increased to 1.9% in February. Following Janet Yellen’s comments, the US interest rate futures market is now signalling a 94% chance of a 25bps March rate hike.

The Chinese manufacturing activity indicator increased in February driven by a better export performance. Chinese authorities have also lowered the official economic growth target from 6.5%-7% to ‘around 6.5%’.

In Japan, the manufacturing activity indicator also picked up to almost a 3-year high. Meanwhile, the Bank of Japan published detailed schedules of planned asset purchases, as it sought to prove its commitment to a zero per cent cap on 10-year government bond yields.

The Brent oil price continued to hover around $56. US inventories remain at a record level while Russian output was not as low as hoped in February.

Finally, following Alpha Bites Cornish Li highlighting the growth of electric vehicles and requirement for lithium, it appears another key battery component material, cobalt is in demand. Financial speculators in Switzerland and China have purchased 6,000 tonnes of cobalt, equivalent to 17% of last year’s production driving the price up by 50% since November.