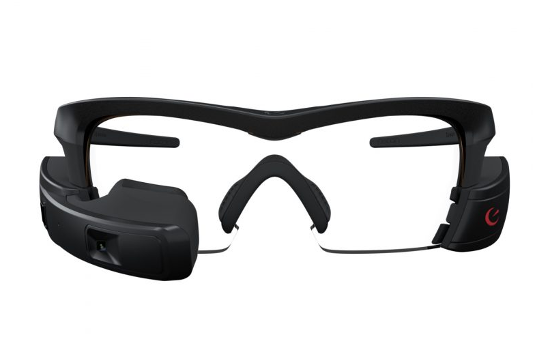 Car workers at BMW in Germany are wearing ‘smart’ gloves that can scan objects when they put their thumb and forefinger together and the data is sent wirelessly to a central computer. The smart gloves have replaced hand-held barcode readers and allows the workers to keep hold of items with both hands speeding up the production process.

Meanwhile in the USA, Boeing has been piloting a version of Google ‘smart’ Glasses to help workers install harnesses, the highly complex web of wires in an aircraft’s control system. Boeing estimates that assembly times have been reduced by 25% and more importantly the number of errors has also been reduced.

Augmented reality projects and smart technology applications could also help reduce work related injuries. Besides the common cold, back injury is one of the other main reasons people tend to be off work. The military has long used exoskeletons to enable soldiers to carry more weight for longer periods of time. Now exoskeletons are being used in manufacturing and distribution roles in the USA by Lockheed Martin, Home Depot and Ford to allow workers to operate tools for much longer periods.

The fourth industrial revolution is a theme we covered in an earlier Alpha Bites. Technology is not only changing the way we shop but also work. From an investor perspective there will be winners as well as losers and we remain alert to potentially disruptive new technologies within our investment universe.

The M&A frenzy continues, not just in the UK but also in the US. Whether this is due to attractive valuations or high levels of cash in companies’ balance sheets, the appetite for mergers and acquisitions remains strong. Last week started with the announcement of the proposed combination of Sainsbury’s and ASDA, a £12bn deal which has gathered media attention and is likely to face a number of challenges from campaigners and the regulator. The combined group would become the largest player in the UK grocery market, overtaking Tesco’s current market share of 27%. To put things in perspective, if the proposed combination came to fruition, the two largest companies in the sector would capture as much as 58% of total sales. Despite Sainsbury’s pledge to slash prices, the high level of concentration in a number of regions might add some complexities. Local communities such as Torquay, Paignton, Lancaster, Brighton and Kirkcaldy, could be at risk of becoming Sainsbury’s “monopoly towns”.

In the UK, we have been watching economic news ahead of Thursday’s Bank of England meeting and the publication of its inflation report. Last week, the purchasing managers’ index (PMI) rose to 52.8 in April from a 20-month low of 51.7 in March, a smaller increase than economists had forecast and its second-lowest level since September 2016. The disappointing PMI reading was further exacerbated by the weakest GDP growth in five years, as Britain’s economy grew by just 0.1% in the first three months of 2018, due in part to bad weather. As a result, Sterling continued to fall and Gilts rose, as investors marked down their expectations for a rate rise this week.

On Brexit, the Irish border issue continued to take some focus, whilst Theresa May failed to secure the backing for her favoured option of a “customs partnership” with the EU, after cabinet ministers defied her authority.

In the US, President Trump extended the steel tariff exemptions on the EU which brought some relief. However, the potential withdrawal of the US from the Iran nuclear deal remains the main concern and the decision could mark a significant moment for Trump’s presidency.

In terms of US rates, the Fed held policy steady at its second meeting with Jerome Powell as Chair, and the statement suggested a continuation on the path of gradual rate rises.

The Eurozone’s economic growth decelerated to its slowest pace in 18 months, confirming fears of a slowdown and the impact of trade tensions and a stronger Euro.

Oil prices spiked late on Monday after Israel said it had “new and conclusive proof” that Iran has been hiding nuclear weapons activity. These accusations reignited fears of fresh US sanctions on Tehran and the potential withdrawal from the Iran nuclear deal. Given a tighter supply in the oil market and the reduction in inventories, geopolitical disruptions could take on an outsized importance.

Finally, the typically low-profile Mike Coupe, appointed Head of J Sainsbury on the 30th April, has turned himself into something of a social media hit. On the day he announced the biggest merger in the UK grocery market history, he was ‘caught’ on 30 seconds of off-air footage between interviews, singing ‘we’re in the money’, a witty ditty from the musical 42nd Street. Perhaps not the smartest of moves.