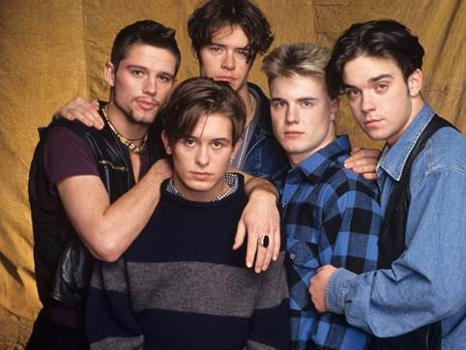 Western consumers are becoming more vocal about plastic waste and politicians are under pressure to introduce more regulation to increase recycling. Historically, many wealthy countries have sent their recyclable waste overseas helping them meet recycling targets and reduce domestic landfill. The US and EU are the largest exporters of plastic waste.

The United Nations has warned, that just nine per cent of the plastic waste from around the world is recycled. Much of the rest has ends up rotting in landfill in South-East Asia or is incinerated illegally, which releases highly toxic fumes. As a result, much of the plastic waste that reaches our oceans, comes from Asia.

A growing number of developing countries are taking a stand and demanding nations take back their waste. Until early 2018, China imported most of the world’s plastic waste but due to concerns about contamination and pollution it declared it would no longer buy recycled plastic waste. The UK Recycling Association warned that the decision would be a “game-changer” and that it would be a struggle to deal with the country’s waste. Greenpeace estimate that global plastic waste exports fell by almost 50% by the end of 2018, compared with 2016 as a result of China’s stance. Malaysia is the latest importer of plastic waste to change its stance. It has announced it intends to return 3,000 tonnes of illegally imported plastic waste to some 13 countries including the UK.

Consumers will need to change their shopping habits and retailers will need to work with their suppliers to reduce plastic packaging. Companies will need to develop ways to deal with plastic waste if it cannot be exported. For example, waste company Viridor has recently committed to a £65m investment in a plastic recycling and processing facility co-located at its Avonmouth ERF (Energy Recovery Facility) site.

Plastic waste creates environmental challenges but also opportunities for some.

Global markets were relieved by the resolution to the Mexico tariff crisis and continue to be supported by hopes that central bankers will take action if economic data continues to soften, given the recent deterioration in trade relations between the US and China. However, tension is rising in the Middle East.

China announced further stimulus measures to support its economy.  President Trump said he was holding up a trade agreement with China and has no interest in any deal until the country reverts to   terms negotiated earlier this year. Markets are less hopeful of progress at the forthcoming G20 meeting at the end of June, with stories that China is preparing for a protracted trade war and that companies are moving production out of China. Meanwhile, the American technology trade ban against Huawei appears to be taking effect with the company having to cancel the launch of a new laptop due to problems accessing components.

Turning to Brexit, the Conservative leadership contest got underway with Boris Johnson winning the first-round voting by MPs with 114 votes.  A new PM is expected to be in place by the end of July but could face an immediate challenge from a vote of no confidence. Would an early general election then follow? It would seem that Boris Johnson is the candidate most likely to unify the ‘leave’ vote behind the Conservative party at the expense of the Brexit party.  In the meantime, MPs have rejected a Labour-led effort to take control of Parliament’s timetable, blocking the latest attempt to stop a no-deal Brexit. HMRC reported that less than 10% of UK businesses that will require Transitional Simplified Procedures approval to import goods from the EU without filling out new customs declarations at the border have yet to apply. The British Chamber of Commerce said this shows that many small businesses are not prepared for a no deal Brexit.

Meanwhile, UK economic growth slowed abruptly in April with the biggest single monthly decline in manufacturing since 2002. Some of this reflected planned temporary Brexit related factory closures by the car industry, but the slowdown cannot be explained by the reversal of stockpiling alone. However, there was more encouraging news for retailers and the housing market, with wage growth of 3.4% in the three months ended April.

The fall out from the US/China trade tariff dispute and slower global economic growth was reflected in weak industrial production data in Europe for April. The focus has turned to Italy with the EU progressing towards imposing an Excessive Deficit Procedure in early July.

In the US, core inflation was slightly lower than expected. The Federal Reserve meeting and an update on interest rates takes place on Wednesday evening.

China’s imports dropped sharply in May, a further sign that the economy is struggling with the dual challenges of government reforms and US trade tariffs. Car sales fell by 16% in May. The authorities have responded by issuing new policy measures whereby local government bonds can be used to support new regional infrastructure projects.

US and China trade tariff uncertainty continued to hang over the oil market while US oil inventories increased to a 23-month high. Brent oil dropped back but then recovered to $61 on news of two more oil tanker blasts in the Gulf of Oman, possibly due to Iranian naval mines.

Finally, the NHS fraud squad is investigating GPs in England for claiming for non-existent patients. Doctors get on average £150 a year for each patient on their list, but records show there were 3.6million more patients in the system last year than there were people living in England. The NHS believes up to £88m may have been incorrectly claimed.