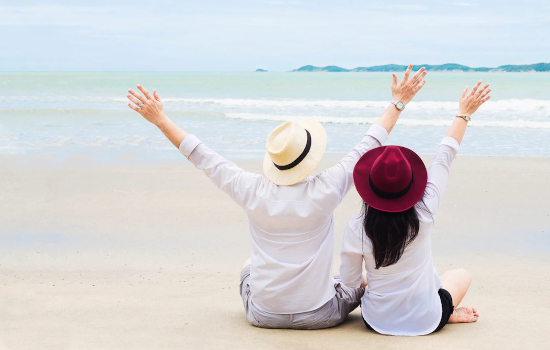 The Institute for Fiscal Studies (IFS) believes the UK economy is likely to face a permanent financial drag post the Covid-19 lockdown, after hundreds of thousands of mature workers have retired early.

The IFS estimates that some 270,000 people aged between 50-69 left work during the pandemic, the vast majority deciding to retire early, as opposed to being laid off or forced out of work by illness. The decision has been driven by a lifestyle choice to retire, in light of changed preferences or priorities during the pandemic. An increase in working from home may also have reduced the appeal of staying in employment.

The UK is not alone in this trend post-pandemic, as the US economy has also seen what has been called the ‘great retirement’.

The increase in economic inactivity overturns decades of increases in the number of older people in the workforce, a trend which has been an important driver in the growth of the UK economy. Employers are now struggling to fill positions across a wide range of industries and Brexit has added to the challenge. The drop in older workers certainly means that overall labour supply is lower.

While a larger proportion of retirees could be good news for some – eating out, staycations, garden centres and golf clubs – generally it is not good news for the UK economy. Given workers in their 50’s and 60’s, are likely to have more experience, it could be argued there may be a more considerable effect on the economy.

One person who shows no signs of leaving work early is Boris Johnson, who still expects to be around in 2030!

Following the Conservatives recent hammering in the two by-elections, the bookies are offering 6 to 4 that he will be gone by the end of this year. For now, his government battles on, with the cost-of-living crisis front and centre, as the UK heads for possible recession. Not forgetting also, tension with Russia, a possible second Scottish independence referendum as well as the dispute with the EU over the Northern Ireland protocol. ‘I don’t believe it!’

Markets remained volatile following cautious comments from central banks and concerns about weakening consumer confidence. Consumers in Germany, UK and USA are all suffering from the cost-of-living crisis exacerbated by the war in Ukraine. Positive economic data from China was not sufficient to counter recession fears. Corporate bond markets are also struggling with reports that since the end of February, some 60 fund raisings with a combined value of $20bn have been postponed or cancelled, of which half were for investment-grade rated issuers.

Central bankers gathered for the Sintra conference and blamed the current spike in inflation on supply chain disruption exacerbated by the Ukraine war. This does not inspire confidence that hiking interest rates will be enough to reverse the trend. They shared their doubts that the pre-pandemic low inflation environment will ever return. Jerome Powell, Chair of the Federal Reserve acknowledged that the path to a soft landing for the US economy is ‘significantly more challenging.’ Christine Lagarde, head of the European Central Bank, did not provide any additional clues about the proposed crisis tool to deal with bond market fragmentation within the Eurozone. Andrew Bailey, governor of the Bank of England warned that the UK faces a faster and steeper downturn than other developed countries.

A  Russian missile strike on a crowded shopping mall in Ukraine was described as a ‘war crime’ by G7 leaders. NATO chief Jens Stoltenberg confirmed that Ukraine can count on NATO assistance for ‘as long as it takes’.  Meanwhile, Turkey has agreed to support Sweden and Finland’s membership of NATO. This will significantly increase NATO’s grip on the Baltic Sea. The US Director of National intelligence Avril Haines said Russia still has the same goals as at the start of the conflict – to take most of Ukraine. However, its forces have been so weakened by combat that they are only capable of making slow territorial gains. This means the war could last for a long time.

UK shop price inflation accelerated to a 14-year high in June. Annual food inflation jumped to 5.6% in June from 4.3% in May. While the Bank of England is raising interest rates, this is not as rapidly as the US Federal Reserve, so together with Scottish independence uncertainty and the dispute with the EU over the Northern Ireland protocol it is little wonder that Sterling remains in the doldrums at around $1.22. While helpful for UK exporters, this is not so for the Bank of England and inflation.

US consumer confidence tanked in June, dropping to a 16-month low. However, US business investment grew more quickly than expected in May and durable goods orders also rose over the month.

China reduced the length of mandatory quarantine for overseas travellers from 21 days to 10 days. Beijing and Shanghai also appear to have contained the latest Covid-19 outbreak with no new cases reported. This may help gradually ease some of the global supply chain challenges going forward. Indeed, China’s official PMI business activity indicators returned to expansion territory in June as Covid-19 restrictions were lifted. The manufacturing PMI picked up to 50.2 and the services sector PMI jumped to 54.7.

Brent oil initially climbed above $119 before dropping to $114 following comments from central bankers at the Sintra conference. G7 leaders appear to be working on a price cap for Russian oil as well as imposing insurance cover restrictions on tankers shipping Russian oil.  Meanwhile, no progress was made between the US and Iran nuclear talks, so Iran will not be able to help with increasing oil output.

Finally, talking of the cost-of-living crisis. Energy watchdog Ofgem has been accused of allowing an industry to develop on ‘shaky foundations.’ UK households will pay £94 more a year to cover the £2.7bn cost of the failure of 28 energy suppliers after wholesale gas prices soared. The bill could be far higher as it excludes the collapse of Bulb Energy, which is currently in special administration. Meanwhile, RWE, Germany’s biggest utility, has warned it will re-consider £15bn of investment in the UK’s renewable energy sector if a windfall tax is imposed.