Taking our foot off the gas 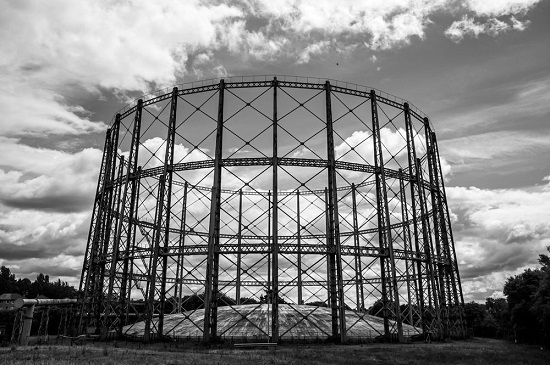 There is a real possibility that Russia fully shuts down gas supplies to Europe this winter. Russia has withdrawn gas supplies to Poland, Bulgaria, Finland, the Netherlands and Denmark. All refused to pay for Putin’s gas with roubles and over the weekend Latvia was added to the list. Halting gas production is easier for Russia than stopping oil production and financially the less painful option

From Europe’s perspective, the sheer scale of its dependence upon Russian gas is very problematic. Russia accounted for 40% of the EU’s gas demand last year. Germany gets 55% of its gas from Russia and most of this via Nord Stream 1. The EU could seek alternative gas supplies such as LNG, but 70% of LNG supplies are already under long-term contracts. While many EU countries do not have LNG import facilities and Europe lacks inter-connectivity. Nuclear, and coal are being used to help plug the energy hole, while supplies from renewables are planned to ramp up but besides requiring huge government and private sector investment will take time to build even without current global supply chain disruption.

In the meantime, the EU has agreed to voluntarily cut gas use by 15% between August and March. The German city of Hanover has already turned off the hot water in all public buildings! The stoppage of Russian gas supplies would have a very adverse impact on the EU region. Higher energy prices would push up headline Eurozone inflation and exacerbate supply chain shortages. These would be most acute within the Eurozone but would spill over into the rest of the world. Much rests on the weather – will it be a mild or very cold Winter?

The outlook if Putin turns off the gas taps is chilling. While, this is very much a worse-case scenario nonetheless the risk is real. The UK is less exposed than the EU, but if gas prices are pushed higher then this must inevitably feed through into even higher bills for UK households, many of which are already struggling.

A fantastic week for England’s lionesses but also for UK equities. In fact, it was a great week for most equities with the US enjoying its single strongest month since November 2020. Could it be case of bad news is good news? Has the US Federal Reserve (Fed) played a blinder? Having been slow to move interest rates, once the Fed moved from its ‘transitory’ inflation stance it front loaded interest rate hikes. This appears to have pulled forward a technical US recession from the end of this year to the second quarter. With US interest rates approaching the Fed’s neutral rate, the central bank has more optionality looking forward. The Fed’s latest interest rate guidance has been interpreted by global markets as being slightly more ‘dovish.’ Reflecting this, US bond yields continued to move down with the US 10-year Treasury back to 2.625%.

The US earnings season has also been supportive of markets with investors looking for any guidance from management teams about the global economy. US retail giant Walmart warned that food inflation meant consumers are doing less general merchandise spending which has hit its margins. A reminder, were one needed, that the current cost- of- living crisis is not just a UK problem.

The IMF believes that ‘the world may soon be teetering on the edge of a global recession. Inflation at current levels represents a clear risk and bringing it back to central bank targets should be the top priority.’ Markets took this in their stride as global equity investors have been fretting about inflation and the growth outlook for some months now although the threat of Russian gas supplies to Europe has introduced yet another area of uncertainty. The IMF cut its global economic growth forecast for 2022 from 3.6% to 3.2% with a 1.4% cut to the US reflecting higher interest rates and reduced household purchasing power, while China was cut by 1.1% to reflect lockdowns and the deepening property crisis. The IMF also trimmed its 2023 global economic growth forecast to 2.9% but warned that if Russia stops gas supplies to Europe, then growth could slow to 2% -a pace that the world has fallen below just five times since 1970.

A Ukrainian counter-offensive in Kherson appears to be gathering pace. The MoD said that Kherson, the first city to fall to Russian forces, is now virtually cut off from other occupied territories. Kherson is thought to be vital to Russia to establish a land bridge to Crimea and its loss would be a major political setback for Putin.

While the Conservative party leadership race between Rishi Sunak and Liz Truss rumbles on, the challenges for the winner were summed up by IMF. It cut its economic growth forecast for the UK for 2023 to just 0.5%, the weakest of the G7 members.

In Europe, as highlighted uncertainty over Russian gas supplies is hitting business confidence especially in Germany, which is particularly vulnerable. However, Eurozone second quarter economic growth surprised on the upside at +0.7% reflecting the re-opening of the services sector, particularly tourism.

In the US, the Fed’s vote to move the target policy interest rate to between 2.25%-2.5% was unanimous with a second consecutive ‘unusually large’ hike of 0.75%. Forward interest rate guidance has been replaced by economic data dependence and decisions will be meeting by meeting. Fed Chair Jerome Powell was adamant that the US economy is not in a recession, citing in evidence the continued strength of the labour market although noted that recent indicators of spending and production have softened. However, the ‘flash’ estimate of US Q2 GDP was a contraction of 0.9% against a forecast of +0.3%. Following the 1.6% contraction in Q1 the ‘flash’ GDP estimate would suggest a technical recession. There will be 8 weeks of economic data before the next Fed meeting in September and will include the key Jackson Hole meeting, which brings together central bankers from across the world. Futures are currently pricing in a 66% likelihood of a 0.5% interest rate hike.

In China, there were reports that the government is establishing a CNY300bn($44bn) real estate fund to support the distressed property sector in the wake of the Evergrande crisis. The sector has suffered from a sales slump, lower prices in the majority of cities and falling investment and construction activity. China’s Caixin manufacturing activity PMI indicator slipped back to 50.4 in July.

Brent oil eased back to $103 on concerns about global demand despite reports of the potential Chinese real estate fund.

Finally, given England’s success in the Euros it is ironic that football is the latest casualty of global supply chain disruption. Fewer than half of English Football and Premier League clubs have both their new home and away kits available to buy online ahead of the new season. The delay has been caused by supply chain disruption exacerbated by factory shutdowns in Asia due to the latest wave of Covid-19. Given how profitable kit sales are for many football clubs this is unwelcome news financially.