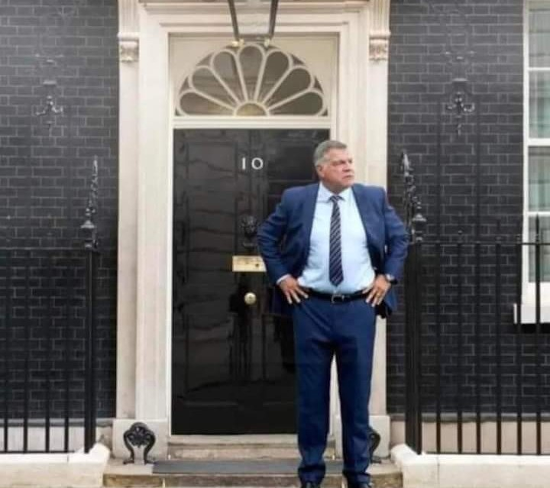 You can’t beat a leadership contest for toxic smears – there is even more intrigue and back stabbing than in ITV 2’s Love Island!

The Conservative leadership race is well underway and already the smears are coming thick and fast.  Rishi Sunak forced to deny links to former No.10 adviser Dominic Cummings while Nadhim Zahawi has had to address smears over his tax and financial affairs. Foreign Secretary Liz Truss has jumped on the cut tax bandwagon and has pledged to do this ‘from day one.’

With enough candidates, so far for a football squad, whoever wins the Conservative Party leadership race faces a major challenge. This has been highlighted recently by The Office for Budget Responsibility (OBR) – the government’s independent adviser. It has warned that UK debt is on an unsustainable path in the longer-term, unless public spending is tightened and taxes are raised. The OBR said that the government has already spent as much this year, 1.25% of GDP, to help households cope with the cost-of-living crisis as it did, supporting the economy through the 2008 financial crisis. The OBR said bringing debt back to 75% of GDP, the level at which it stabilised in the government’s pre-pandemic 2020 Budget, ‘would need taxes to rise, spending to fall, or a combination of both.’

High inflation has not done any favours and has driven up interest costs on inflation-linked government debt. Longer-term, the UK faces an ageing population which suggests greater spending will be required for the NHS and social care. Defence spending will also have to be sustained given the war in Ukraine. There is also the issue of the UK’s shift to a greener future with the growth of electric vehicles and demise of petrol and diesel. Fuel duty, a major source of tax revenue, will disappear and will need to be replaced – perhaps by a mileage charge using number plate recognition?

The new leader, whoever it is, will certainly have their work cut out with everything from the cost-of-living crisis to the war in Ukraine. It does feel a bit like a premiership football club in the relegation zone. The fans aren’t happy, as a G7 premiership member, we should be doing much better. Let’s appoint a new manager. However, has the club got the money for the new manager to spend its way out of trouble? Where is Big Sam Allardyce?

It was just another day at the office and then all hell broke loose….. both in Downing Street and for global stock markets.

Markets had been focusing on inflation and interest rates. At the start of last week, there appeared to be a seismic shock as investors considered the impact of higher interest rates on the global economy. Was the Bank of England (BoE) Stability Review the source? The BoE said that the ‘global outlook had deteriorated materially.’ Fresh Covid-19 outbreaks in China were not helpful either. Equities sold-off, government bond yields fell but cyclical commodities – oil, iron ore and copper collapsed. However, markets did regain a little composure towards the end of the week as some members of the US Federal Reserve (Fed) appeared to lower recession concerns. Nonetheless, Fed interest rate policy remains the key driver of markets at the moment as investors continue to look for peak inflation.

A potential strike by Norway’s oil and gas workers did not help sentiment either, although the Norwegian government has proposed a compulsory arbitration to settle the dispute. Given concerns about energy security this winter, as well as wage inflation, no wonder markets were temporarily rattled by news of the strike. Meanwhile, local authorities in Germany have begun rationing energy, dimming street lights and closing swimming pools as Russia has started to reduce gas supplies. Not a great omen for winter!

The US Dollar continued to strengthen on concerns about the global economy. For example, the Japanese Yen now stands at a 24- year low against the Dollar. The Euro was also weak, reflecting news of Germany’s power rationing. Sterling dipped to under $1.20 but was not helped by political uncertainty with the cabinet resignations and media circus at Westminster and Downing Street. Boris Johnson eventually bowed to the inevitable quitting as Conservative leader but continuing as PM until the party chooses his successor. The leadership race is now underway with the Conservative 1922 Committee looking to speed up the selection process. One additional challenge for the new leader – Covid-19 infections are continuing to rise across the UK driven by the fast-spreading BA.4 and BA.5 sub-variants.

The US ISM non-manufacturing index dipped slightly for the third month in a row in June. The Federal Reserve (Fed) also released the minutes of its latest meeting which revealed few surprises as concerns have turned to the risk of recession. Strong US jobs data showed average earnings still growing by more than 5% year-on-year and the probability of a 0.75% interest rate hike at the Fed’s July meeting climbed above 90% on this data.

In Japan, Shinzo Abe’s party swept to election victory after his assassination.

It was hoped China easing from lockdown might help offset western countries suffering from the cost-of-living crisis. Unfortunately, China is still adopting its zero-tolerance policy and Xi’an, with a population of 13million, has recorded a fresh Covid-19 outbreak with cases of the new BA.5 variant.

Brent oil slumped to $100 at one-point last week on concerns about the global economy as China reported fresh Covid-19 lockdowns although recovered slightly to $105.

Finally, while Downing Street has seen the ultimate game of cat and mouse, meanwhile in the real world the cost -of-living crisis remains front and centre for many households. Perhaps the latest sign of how desperate some people have become is the news that one food retailer has started to put security tags on blocks of cheese! Voters are no doubt cheesed off by the antics in Westminster. Come the next general election, will it be Blue Stilton or Red Leicester?