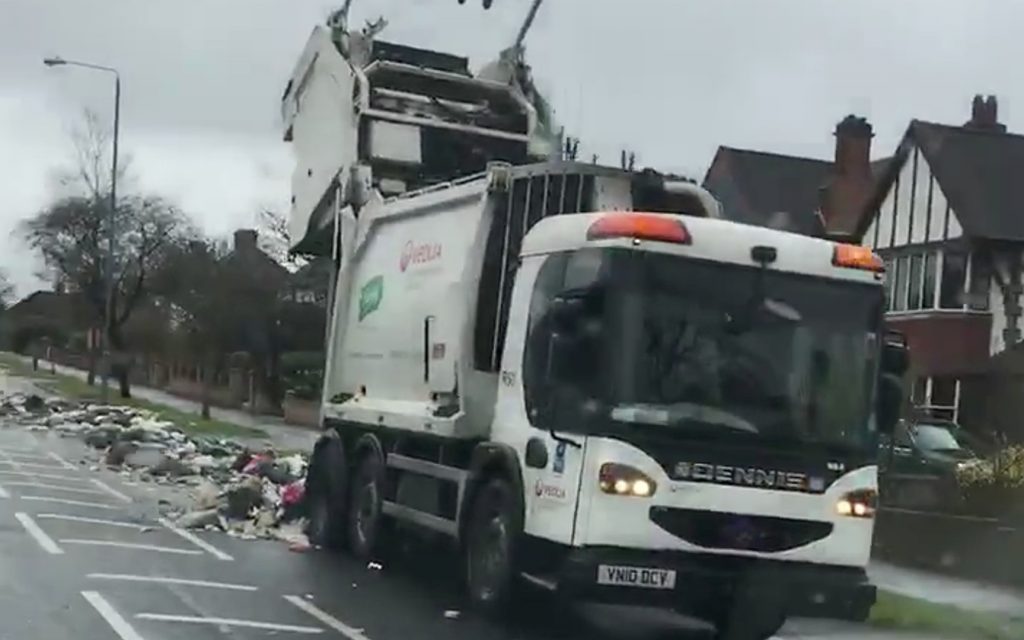 A recent study estimates that the world produces over 2.1 billion tonnes of municipal solid waste (MSW) or general rubbish waste every year, enough to fill over 800,000 Olympic size swimming pools. MSW is waste collected by local authorities from residential and commercial premises. The report suggests that globally only 16% of this amount is recycled while 46% is disposed of unsustainably.

It has been suggested, without urgent action, global MSW will increase by 70 percent from current levels by 2050. Solid waste management is critical for sustainable, healthy, and inclusive cities and communities, yet it is often ignored, particularly in the poorest countries.  While more than one-third of waste in high-income countries is recovered through recycling and composting, only 4 percent of waste in lower income countries is recycled.

If there was a World Cup for recycling, then Germany would win it as it recycles about 68% of its waste. By comparison, the US is the only developed nation with waste generation that outstrips its ability to recycle. Americans produce three times the global average waste, including plastic and food. When it comes to recycling in the US, the issue seems to be one of lack of political will and not enough recycling infrastructure.

Elsewhere, China and India make up over 36% of the world’s population but account for 27% of the waste. However, attitudes are starting to change in China. Shanghai is the largest and most populous city in the world with 24 million residents – three times the size of London. Only 10% of its waste is recycled, while an estimated 9 million tonnes of waste is collected annually. Residents have just been issued with four recycling wheelie bins and face fines of up to £23, which is quite hefty for the less well-off majority of the population.

While we all try to do our bit for the planet, major action is required from the world’s biggest economies and President Trump’s views on global warming only adds to the challenge.

Last week could hardly have been more eventful. Markets had been in high spirits ahead of the Federal Reserve interest rate decision last week. In the event, markets were underwhelmed by a 0.25% cut and then President Trump ‘threw a spanner in the works’ by announcing more tariffs against China. A deterioration in trade relations between Japan and South Korea has not helped sentiment either. Bond yields dropped, equities fell, with the US S&P index suffering its worst week of 2019 while gold touched a 12-month high.

President Trump has been active again and this time markets did not like it. Some $300bn of Chinese exports had remained free of tariffs, but not anymore, as Trump has slapped a 10% tariff on them with effect from 1st September. Talks last week had ended abruptly and President Trump tweeted ‘China was supposed to start buying our agricultural product now- no signs they are doing so. That is the problem with China, they just don’t come through’. He also warned China about playing a waiting game ahead of the 2020 US presidential election. ‘If and when I win, the deal that they get will be much tougher than what we are negotiating now, or no deal at all’. These developments are not helpful for the next trade talks scheduled for September.

The People’s Bank of China appears to be willing to let China’s currency weaken to offset the impact of additional tariffs which in turn may further annoy President Trump.  China has vowed to retaliate and media reports suggest China has asked state buyers to halt purchases of US agricultural products.

Sterling dropped to a new 28-month low against the US Dollar of $1.21. Markets are beginning to take more seriously Boris Johnson’s determination to declare the Brexit withdrawal agreement dead and put the onus firmly back on the EU to take negotiations forward. The Irish back-stop continues to be the main hurdle. The Conservatives lost the by-election in Wales to the Lib Dems, which means their majority is technically now down to one with the support of the DUP. Boris Johnson said he is not going to hold a General Election, but must surely need to in order to have any chance of an effective government. His plan must be to get Brexit done and then go to the polls. In the meantime, the ‘purse strings’ are being loosened with another emergency injection of £2bn earmarked for the NHS.

The low valuation of some UK quoted companies together with Sterling’s weakness, which makes UK assets even cheaper for overseas buyers, saw a series of major UK mergers and takeovers announced.

In Europe, the European Commission reported that economic sentiment fell in July to the weakest level since March 2016 with the industrial sector at a six- month low. Clearly the US/China trade situation and Brexit continue to create uncertainty. Preliminary ‘flash’ estimates indicate that Eurozone economic growth slowed slightly in the second quarter of 2019 to an annualised rate of 1.1% from1.2% in the first quarter.

In the US, the Federal Reserve (Fed) cut interest rates by 0.25% and ended its ‘balance sheet drawdown’ two months early as expected. Reasons given were uncertainties on the outlook, global developments and the muted inflation outlook. The Fed believes the labour market is sill strong with moderate growth, which is basically what they said last time, but business investment is soft. Looking to the rest of the year, there may be one more cut dependent upon economic data, but Fed Chair Jerome Powell said he doesn’t see a lengthy interest rate cutting cycle which disappointed those investors anticipating as many as three interest rate cuts in 2019.

However, since the Fed decision, President Trump has announced the additional tariffs on China. This news saw Treasury yields plunge and the Fed is now under greater pressure to follow up their reluctant interest rate cut with another easing in September. The US interest rate futures market is now suggesting a 96% chance of a rate cut in September. Meanwhile, Trump is clearly focused on the 2020 US Presidential election. Encouragingly for him, while US consumer spending moderated slightly in June, it remained strong.

The Bank of Japan left interest rates unchanged as expected but continued to signal its readiness to introduce further economic stimulus measures if needed. Meanwhile, trade tensions continue to deteriorate between Japan and South Korea after each country moved the other from preferential export lists.

Chinese manufacturing activity indicators for July remained in contraction territory while export orders fell for the fourteenth month in a row. Activity in the service sector was the lowest since last November, dragged down by the property and construction sectors.

Tensions remain around the Strait of Hormuz. BP said it had not taken any of its own tankers through the strait since an attempt by Iran to seize one of its vessels on July 10th. This was overshadowed by Trump’s tariff announcement and worries about global economic slowdown which saw Brent oil drop to $61.

Finally, another example of the ‘Rise of the Machines’. An artificial intelligence (AI) system created by researchers at the University of California has solved the Rubik’s cube in just over a second. Impressive, but I’d be even more impressed if AI could solve Brexit. Now that’s a real conundrum!