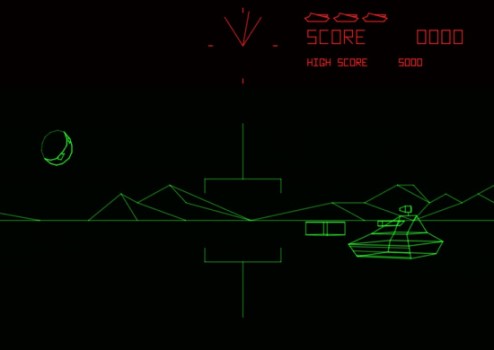 During the Great War, Britain built the first completed tank prototype ‘Little Willie’. The UK has an ageing and some would say obsolete fleet of some 227 tanks. Could the nation which invented the tank be about to abandon them?

The nature of global warfare is changing rapidly. UK defence chiefs are talking about ‘sunrise capabilities’ such as cyber and electronic warfare and reducing older style ‘sunset capabilities.’ The Integrated Defence and Security Review is due to be published this Autumn. Chief of the Defence Staff General Sir Nick Carter, has spoken of a need for a ‘digital backbone’ as reports circulate that tanks and other traditional equipment might be scrapped to make way for cyber capabilities. The Prime Minister has described it as the “biggest review of our foreign, defence, security and development policy since the end of the Cold War”.

The UK’s Defence Minister Ben Wallace has conceded that Russia and China had been studying Britain’s ‘vulnerabilities’ and have been quicker to adapt to modern warfare. ‘Our values and interests are being challenged in the grey zone all over the world’. The ‘grey zone’ is the type of hybrid attack which Russia has exploited in recent years, centred on disinformation campaigns to divide and create confusion.

What will America and NATO think if Britain shifts its defence policy and abandons its heavy armour? There are also reports that due to budgetary pressures, that the UK may only buy half of the F-35 Lightning II fighter jets it originally intended to.

How long before the UK has a token military force and warfare is played out on computers?

Britain remains one of five nations, along with China, France, Russia and the US as officially recognised as possessing nuclear weapons so from a defence perspective remains a super-power. The UK also has the world leading Porton Down laboratory which deals with the most dangerous pathogens as well as the GCHQ intelligence facility.

Given increasing cyber-attacks and the use of biological nerve agents by some countries then a re-think of the UK’s defence capability seems logical. No surprise that many of the UK’s quoted defence contractors are investing in cyber security, electronic warfare or nuclear, biological and chemical weapons detection capabilities -the new long-term growth sectors.

The World Health Organisation (WHO) said Europe faces a rising death toll from Covid-19 during the Autumn. New cases in France and Spain are now consistently above the peak in their first waves. The number of daily infections around the world hit a record high. Israel is among the countries battling a new Covid-19 infection spike and has announced a national three-week lockdown. In the UK, a pick-up in the ‘R’ rate has seen more regional lockdowns affecting some 14 million people. Further measures seem inevitable with Professor Chris Whitty, the government’s chief medical officer saying that the UK is facing a ‘very challenging winter period’.

While markets remain concerned by the prospect of further lockdown measures, vaccine development news remains supportive with news that Oxford/Astra Zeneca has re-started its vaccine trial while in the US, Pfizer said it should know if its vaccine works by the end of October. The Chinese Centre for disease Control & Prevention said that it may have a vaccine for use by the general public by November.

The OECD suggested the global economy appears to be recovering from Covid-19 faster than it thought only a few months ago and revised its 2020 estimate upwards. It now expects the global economy to contract by 4.5% this year compared to by 6% previously. The revision upwards was driven by big upgrades in the US and China. Looking into 2021, the OECD trimmed its global economic growth forecast back slightly from 5.2% to 5%. It is assuming that a vaccine would not be widely available until late-2021. A strong resurgence of the pandemic or more strict national lockdowns could cut the 2021 forecast by between 2%-3%.

The World Trade Organisation (WTO) said that the US had breached global trade rules by imposing tariffs on China. President Trump responded by saying ‘then we’ll have to do something about the WTO because they’ve let China get away with murder. We’ll take a look at that. I’m not a big fan of the WTO -that I can tell you right now. Maybe they did us a big favour’.

The second reading of the controversial Internal Market Bill was passed. With both the UK and EU playing hardball investors may understandably be awaiting a little more clarity on the Brexit front. Media reports suggested that the UK may have softened its stance on fisheries demands with the EU.

Sterling edged back below $1.29 reflecting Brexit uncertainty. However, this also reflected the latest update from the Bank of England which suggested that it is at least thinking about a negative interest rate policy although that should still be viewed as a last resort. Negative interest rates are generally not good news for banks which also suffered from breaking news over the weekend of major money laundering breaches.

In the UK, the official unemployment rate is now climbing, although there are encouraging signs in the latest data on hours worked and vacancies. The true picture will only begin to emerge as employers have to make a greater contribution to the costs of the furlough scheme over the next couple of months. Inflation fell to 0.2% in August as the Eat Out to Help Out scheme pushed down restaurant prices.

US industrial output expanded marginally in July, but was weaker than expected due to a slowdown in car production. Retail sales grew by less than expected in August. The US Federal Reserve (Fed) issued a slightly less downbeat outlook for the American economy which it expects to contract by just 3.7% in 2020. Monetary policy will remain extremely accommodative with interest rates held close to zero until inflation moderately exceeds 2%. The updated ‘dot plot’ chart of future interest rate guidance confirmed that the majority of Fed members expect zero policy rates until the end of 2023.

China’s economic activity in August was stronger than expected reflecting the benefits of the authorities’ targeted stimulus efforts. Industrial production accelerated, recording the fastest gain in eight months while retail sales grew by 0.5%, the first positive month so far this year with cars and telecom products particularly strong. Fixed asset investment by Chinese businesses however continued to contract albeit at a more modest pace.

Brent oil slipped to $42 prompting the Saudi Arabian Energy Minister to warn ‘short sellers’ not to bet against the oil price. He said that OPEC would remain ‘pro-active and pre-emptive’ in addressing a diminishing oil price.

Finally, a fund manager presentation we read has calculated that over 6% of quoted US companies are trading at more than 10 times sales. Last week, US data cloud business Snowflake became the largest company to ever double its share price in a market debut. Loss-making Snowflake is valued at 170x sales! While there is no doubt the world is now in the next wave of innovation with the cloud and 5G, have some investors forgotten the lessons of the last tech bubble?