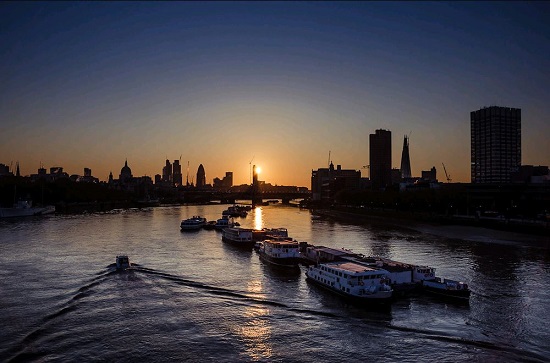 There is no doubting the fact that due to the Covid-19 pandemic the world will never be quite the same again. The lockdown measures enforced around the world have made many of us re-evaluate the meaning of life and for a time many local communities and neighbours felt closer. Tensions are starting to creep in as people have differing views on the rate of unlocking.

Companies have been affected in different ways with some being forced to halt trading completely. Besides those ‘essential businesses’ such as food retailers or pharmacies that have remained open throughout lockdown, those businesses with an online capability have generally fared better.

The CEO of AO World summed up things pretty succinctly ’In terms of online shopping behaviour, I believe we have seen five years accelerate into only five weeks.’ The UK high street was already struggling but is Covid-19 the ‘straw that broke the camel’s back?’

What about office workers? Many companies have been pleasantly surprised at the robustness of their business models with staff working remotely from home. Land Securities, one of the UK’s largest property companies recently stated office occupancy rates hit 10%. The CEO of Barclays said ‘the notion of putting 7,000 people in a building may be a thing of the past’. Will Covid-19 mark an end to 9-to-5 office working and the daily mass commute to work? The structural change in office working and high street retailing hangs like a dark cloud over the property sector.

Globally, Covid-19 and the fall out between the US and China will lead many companies which previously outsourced their supply chain globally re-onshore manufacturing. With shorter supply chains will this mean less business travel?

Students and schoolchildren have been forced to learn at home with teacher video learning or parents becoming stand-in teachers. Covid-19 will drive greater online education.

Many industries have been undergoing radical change due to new, disruptive internet business models. Covid-19 looks as if it will accelerate the pace of change. The new world is going to look very different following the pandemic.

Lockdown restrictions across the world are beginning to ease, both in terms of national restrictions and cross border travel and markets responded positively to these developments. Another potential vaccine breakthrough was also supportive as were government stimulus and industry support measures. However, there was a report that the Trump administration is considering new measures against China. He is reported to be looking at putting sanctions on certain Chinese officials while the US has said that Hong Kong is no longer autonomous from China and is considering removing Hong Kong’s special trading relationship with the US. To further heighten tension, a Canadian court has ruled that the case of senior Huawei executive, Meng Wanzhou, who is fighting extradition to the US, can go forward. Larry Kudlow, a director of the US National Economic Council said the ‘US is furious’ with what China has done recently. However, a subsequent press conference over the weekend by President Trump did not turn out to be as disruptive to trade and finance as had been feared and he has not immediately ended special privileges accorded to Hong Kong.

In terms of exiting Covid-19 lockdown the main press report was that Germany is planning to lift travel restrictions for 31 European countries from mid-June. Given the UK government has announced the effective closure of the UK to the outside world from 8th June with new quarantine regulations, will there be a U-turn? Elsewhere, Spain eased restrictions in Barcelona and Madrid. Meanwhile, Japan ended its state of emergency and the New York Stock Exchange trading floor re-opened.

Dr Mike Ryan, the WHO’s head of emergencies, sounded a further warning on Covid-19. ‘We cannot make assumptions that just because the disease is on the way down now, that it’s going to keep going down.’ While he said there would be a number of months to prepare for a second peak, most companies, individuals and governments have their eyes open on re-opening plans but a few will be planning for a second wave of the virus.

However, already four weeks into the lockdown relaxation process in Europe and there has been little sign of a resurgence of virus cases or a second wave. In fact, there has as of yet been no significant second virus wave in any country. Some virus flare ups in China appear to have been caused by imported cases. In Wuhan, nearly all 11.2m residents have been tested for Covid-19. The test results so far from 6.7m found only 206 asymptomatic cases.

Bank of England (BoE) Chief Economist Andy Haldane attempted to quell market speculation about negative interest rates in the UK by suggesting that members of the MPC have not reached a view remotely yet on such a policy. The new BoE Governor Andrew Bailey stressed that the risks to its central Covid-19 scenario remain tilted to the downside for a ‘longer and harder’ recovery period. Chancellor Rishi Sunak announced changes to the furlough scheme with a gradual taper.

In Europe, another stimulus plan emerged from the EU executive, launched with the usual fanfare and subject to the usual caveats that some countries may continue to dissent. This package totals €750bn, in addition to the long-term budget expenditure of €1.1trillion. About two-thirds of the funds raised from the markets would be allocated via grants, primarily to the most affected areas in the southern EU. Meanwhile, in Germany, Lufthansa is to get a €9bn bail out with the government taking a 20% stake in the airline while the French government is putting aside €8bn to support their car industry. Christine Lagarde, President of the European Central Bank (ECB) said that the EU looks to be trending towards the ECB’s worse-case scenario in terms of the recession.

The US saw widespread rioting but this has had little immediate market impact. The potential implications for the US Presidential election campaign will emerge over the next few months.

Japan, also confirmed the delivery of additional fiscal stimulus worth $1.1trillion which will also lead to a record issuance of Japanese government bonds of Y90trillion. Meanwhile, the manufacturing downturn in Japan accelerated in May.

China adopted its controversial new security law for Hong Kong. Meanwhile, police in Hong Kong made hundreds of arrests amid fresh anti-mainland protests. China’s May PMI indicator suggested that the manufacturing sector is back in expansion territory.

Finally, during the Great Plague of 1665-1667, Sir Isaac Newton made two long visits from London to Woolsthorpe to ‘self-isolate’. During this time, he discovered differential and integral calculus, formulated a theory of universal gravitation and explored optics. Puts my modest DIY efforts during lockdown to shame!