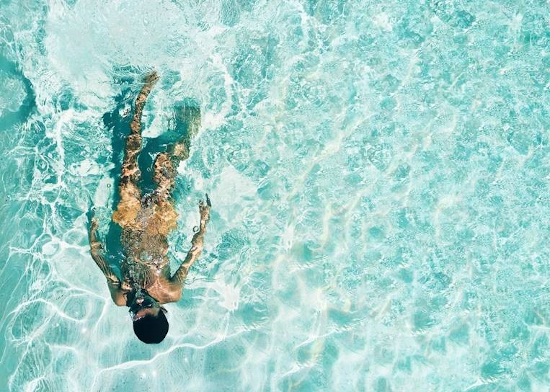 Central banks did a great job protecting the world economy in the wake of the Great Financial Crisis and again during the global Covid-19 pandemic with interest rates cut to record historic lows and through Quantitative Easing (QE). However, central banks probably left QE in place long after it was prudent to do so.  With US inflation at 40-year high, has the inflation genie been released from the bottle.

Central banks are now raising interest rates and shifting from QE to QT (Quantitative Tightening).  Since the start of the QE programme in 2007, the US Federal Reserve (Fed) has seen its Balance Sheet of debt instruments swell nearly nine-fold to $9 trillion. It is estimated that the Fed currently holds over 25% of the treasury market.

The Fed’s latest QT programme is due to start next month and will initially involve letting bonds  mature on its Balance Sheet. QT will rise from $30bn of US Treasury Securities (USTS) and $17.5bn of Agency Mortgaged-Backed Securities (MBS) to $95bn in September split $60bn USTS and $30bn MBS. Compared to the Fed’s last QT programme between 2017-2019, this latest QT will be by nearly twice the rate.

How far will the Fed go? Balance Sheet ‘shrinkage’ could stop when the Fed judges reserves to be ‘ample’. It will be keen to avoid a repeat of the previous QT programme when large American banks chose to hoard liquidity at key times and overnight rates spiked sharply. Will the Fed ease policy in 2023, given the risk of economic downturn?

The main question is how QT tightens monetary policy besides higher interest rates. Nobody is really sure, but Fed Chair Jerome Powell has suggested that QT could be equivalent to between one to three additional interest rate hikes of 0.25%.

What is clear is that QE boosted all risk assets and that QT could reverse this, or as investment sage Warren Buffet says ‘it’s only when the tide goes out do you discover who’s been swimming naked.’  The tide is turning and most risk assets have started to crack.

Is the recent crypto-crash a result of the inevitable shift from QE to QT?

The conflict in Ukraine entered its fourth month with Russia focusing on securing and expanding its gains in the Donbas and the southern coast. President Volodymyr Zelensky said the situation in the Donbas is ‘extremely difficult’. The Ukrainian army is under more pressure than at any time since the first desperate weeks after the Russian invasion.  Meanwhile, the West has accused Russia of weaponising food supplies. Ukraine’s main ports on the Black Sea are all blockaded or mined preventing the export of wheat.  Russia’s Deputy Foreign Minister has raised the possibility of unblocking ports in the black Sea in exchange for the lifting of some sanctions.

Leaders of Japan, India, Australia and the US met in Tokyo, looking to put China on notice as it expands its military and economic influence in the region. President Joe Biden said the US would be ready to intervene militarily to defend Taiwan, prompting China to accuse him of ‘playing with fire’.

In the UK, the ‘flash’ PMI business activity indicator for May showed an unexpectedly large plunge, with the composite index dropping from April’s 58.2 to 51.8, well, below expectations. The main reason for this was the fall in activity in the service sector where the cost-of-living crisis appears to be taking its toll on customer demand. Meanwhile, Chancellor Rishi Sunak scrambled to finalise a package of measures aimed at helping more households with the cost-of-living crisis. This was after the chief executive of Ofgem wrote to him to warn that the energy price cap is likely to hit £2,800 – an increase of £800 – after a sharp rise in April. Every household in the UK is to get an energy discount bill of £400 this October. The poorest households will also get a payment of £650 to help with the cost of living. The package of measures is worth £15bn and will be partly offset by a 25% windfall tax on oil and gas company profits which could raise £5bn. The government has been able to use some of the ‘war chest’ built up from past borrowing having been successively revised down. Bringing the public finances into better shape has been de-prioritised in light of the size of the squeeze on household budgets. However, will the inflationary effect of giving all households £400 prompt the Bank of England to hike interest rates by an additional 0.25%?

European manufacturing activity was steady in May, but the ‘flash’ PMI indicator for the services sector was slightly lower compared with April. Manufacturing activity in both France and Germany was weaker reflecting supply chain disruption particularly amongst car makers which has been exacerbated by the war in Ukraine.

The US ‘flash’ PMI business activity indicator for May showed manufacturing activity remained steady, but the services sector dipped slightly. New house sales in the US dropped by 27% on a year ago with lower priced properties ($300K-$400K) seeing a fall of 42%. Un-sold new homes are the highest since May 2008. A typical 30-year fixed rate mortgage is now about 5.5% compared with 3% in 2021. The minutes of the latest Federal Reserve meeting were published and showed that most committee members were of the view that 0.5% interest rate hikes ‘would likely be appropriate at the next couple of meetings.’

China rolled out a broad package of support measures largely targeted towards businesses struggling to cope with Covid-19 lockdowns, with limited relief for consumers facing job losses and falling incomes. The State Council, China’s cabinet, outlined a 33-point plan that gives companies more than $21bn of extra tax rebates and allows them to defer social insurance payments and loans.  Support is required as China’s Premier Li Keqiang said the challenges now are ‘greater than when the pandemic hit hard in 2020’. He also appeared to warn that China’s economy could contract during the second quarter. However, the authorities are starting to ease some lockdown restrictions in both Beijing and Shanghai.

Finally, while the war in Ukraine continues to dominate headlines, the technological war between the West and China continues. Canada is to ban two of China’s biggest telecoms equipment makers from working on its 5G phone networks. Several nations including the UK, US, Australia and New Zealand have already put restrictions on the firms. Meanwhile, the sale of the UK’s largest micro-chip factory, Newport’s Wafer Fab by Chinese company Nexperia is to be reviewed as part of a national security assessment by Business Secretary Kwasi Kwarteng.