A New Age of Piracy? 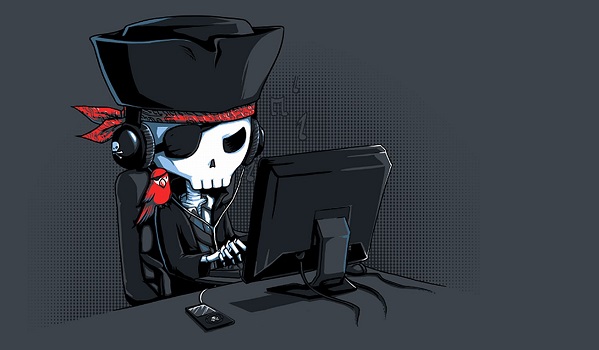 The International Maritime Bureau (IMB) has reported a total of 121 recorded incidents of maritime piracy and robbery in the year-to-date. At present, pirates seem to be very active in the Gulf of Aden and Indian ocean, off the Somali coast, and in the strait of Malacca. However, could shipping be facing an even greater threat from ‘cyber piracy’ given the increasing use of computers in shipping control and navigation?

This could be more of a concern as a number of shipping and engineering companies, including Rolls Royce have announced plans to develop autonomous ships by 2020. It is estimated that these could cut the cost of sea transportation by up to 20% by reducing ship crews and relying on sensors and data analysis. However, how secure will these be given the cyber security risk?

This threat is not just restricted to merchant vessels but worryingly has also become evident recently in naval vessels. This follows a collision between a US warship and an oil tanker near Singapore in August. A cyber-attack is being considered, and a broad investigation into the Pacific-based US 7th Fleet has been ordered, as this is the second such collision in just two months.

Everyone has been worried by North Korea’s nuclear ambition, but could it be the world needs to also fear its computer hacking capability. The British security minister has already said that North Korea was behind the Wanna Cry hack on the NHS.

A faster journey into the office for those of us working, with fewer cars on the road for half-term but lower trading activity as a result in the UK stock market. However, lots of things have been going on around the world, the main focus being on central bankers with the European Central Bank (ECB) QE programme in the spotlight. This Thursday could see the first interest rate hike for a decade by the Bank of England while in the US, President Trump is expected to appoint a new head of the Fed on Friday. Meanwhile, Trump’s important US tax reform programme, encouragingly, seems to be moving ahead.

On Brexit, PM Theresa May told MPs she is waiting for the EU to decide what future relationship it wants with the UK. It seems that a swift Brexit transition deal is increasingly less likely and may instead be part of a wider agreement that will be finalised later on. Ireland’s Foreign Minister said that Brexit talks cannot progress to trade negotiations until the UK gives more clarity on what will happen at its border with Ireland.

In the UK, factory orders slowed in October according to a monthly survey from the CBI which said  that it had seen a general softening in manufacturing activity over the past three months while the outlook for investment had become more subdued. Research published by Bank of England staff on an ‘underground blog’ suggested that above-target inflation and a squeeze on living standards are likely to be a feature of the economy for years after Sterling’s sharp depreciation following the Brexit vote. UK economic growth in the third-quarter slightly exceeded expectation at +0.4%, with year-on -year growth at 1.5%. The all-important services sector continued to shoulder growth. While economic growth has picked up, it remains relatively lacklustre by historical standards. Still, the Bank of England is more likely to increase interest rates by 0.25% on Thursday 2nd November given this data.

In Europe, the recent strong growth in the eurozone service and manufacturing sectors continued in October according to the latest HIS Markit business survey.  France and Germany were the main drivers as elsewhere the rate of expansion eased off a bit but was still solid. The ECB confirmed, as widely expected, that from January 2018 it will continue its QE stimulus programme but would reduce the pace of monthly bond purchases from €60bn to €30bn until the end of September 2018. It expects inflation, which is currently 1.5% and below the ECB’s target of 2% to temporarily decline towards the end of the year because of energy prices. It is forecasting inflation of 1.2% in 2018 and 1.5% in 2019. In Spain, the Catalan parliament voted to declare independence just as Madrid looked set to impose direct rule.

In the USA, confidence in the outlook for the world economy received a boost from strong earnings from some of the country’s biggest industrial companies. Caterpillar, United Technologies, General Motors and 3M were among the companies which reported earnings above analysts’ forecasts. The US economy maintained a healthy rate of growth in the third quarter with an annualised increase of 3% despite the impact of hurricanes. Meanwhile, US republicans adopted a budget that sets the stage for a re-write of the US tax system which should enable the closely guarded details to be revealed shortly.

China, revealed its new senior leadership committee, breaking with tradition by not including a successor to President Xi Jinping which cement’s his grip on the country for the next five years and possibly beyond. President Xi appears to have backed away from setting long-term economic growth targets which in the past have forced China to adopt aggressive monetary and fiscal stimuli that led to debt to build-up.

In Japan, following his election victory, PM Shinzo Abe has demanded Japanese companies lift pay by 3% next year in an attempt to fuel higher consumption and inflation.

Brent oil touched a new high this year of $60 despite the IEA confirming US oil stocks had unexpectedly risen last week. However, fighting continued between Iraqi and Kurdish forces and more significantly, Saudi Arabia’s Crown Prince said he could support extending production cuts.

Finally, Jordan Belfort, the former American penny-stock broker immortalised in the film, ‘The Wolf of Wall Street’, has dismissed the craze for initial coin offerings (ICOs) as ‘the biggest scam ever’. ICOs raise funds online by selling investors digital tokens in exchange for crypto-currencies such as bitcoin. He said ‘this is bound to blow up in people’s faces. It’s far worse than anything I was ever doing’.