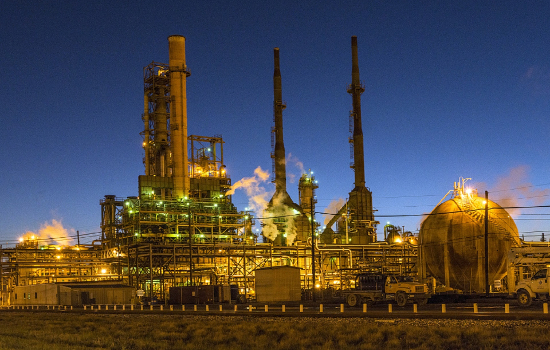 The US Energy Information Administration (EIA) recently published oil production forecasts which could alarm the Middle Eastern oil producers as well as other members of OPEC. The EIA forecasts the US is set to become a net exporter of crude oil and refined products by the end of 2020.

Soaring US production, driven by the extraction of oil from shale, has transformed the country’s prospects. However, the path to increased production has not been plain sailing for American shale oil producers due to the collapse of the oil price in 2014 and more recently the increase in finance costs, due to higher interest rates.

Nonetheless, the transformation is profound and suggests members of OPEC are likely to have to keep restricting their own output for much longer than they are planning if they are to avoid global inventories building up again. OPEC also has to consider the longer-term structural shift in demand with the growth of electric vehicles as well as the shift to environmentally friendly power generation such as wind and solar.

How might America’s emergence as an oil producer also dictate its political stance in the Middle East?

At the moment the oil price has been pulled back by concerns about slower global economic growth and the US/China trade tariff dispute. OPEC is cutting production from January to provide support.

What of the UK’s major oil producers? Some, like Royal Dutch Shell, have diversified into liquified natural gas.

A better week for global equities on hopes of progress in the latest round of US and China trade talks and more supportive comments from the Federal Reserve (Fed) on US interest rate policy. The US earnings season has remained supportive, although it is noticeable that a number of global industrial businesses have highlighted an increasingly uncertain outlook due to slowing economic growth in China and the outstanding trade tariff situation. Economic news from Germany and Italy reinforced this view.

The US Department of Justice indicted Chinese telecom infrastructure company Huawei with 20 counts of sanctions violations and intellectual property theft. The Finance Director of Huawei currently under arrest in Canada is included in the charges. This slightly overshadowed the trade talks last week between the US and China. President Trump tweeted ‘Meetings are going well. No deal will be made until my friend President Xi and I, meet in the near future to discuss and agree on some of the long standing and more difficult points’. White House Economic adviser Larry Kudlow also said that talks are progressing well.

This is another reminder of the risk of a new ‘Cold War’ developing between the two largest economies in the world as we recently featured in Alpha Bites ‘Frozen Out’. More concerns were raised about Chinese economic growth when global industrial bellwether Caterpillar released results which indicated it expects flat revenue from China in 2019. Chinese markets are shut this week for celebrations for the arrival of the ‘Year of the Pig’. Meanwhile, China has begun introducing restrictions on Australian coal imports to help boost domestic coal prices and reduce oversupply.

Parliament debated PM Theresa May’s intention on how to proceed with the UK’s exit from the EU. The Commons backed an amendment by Sir Graham Brady, which rejects the current Irish backstop and insists on ‘alternative arrangements to avoid a hard border’. The EU has said that the Withdrawal Agreement is not open for re-negotiation, but the government is hoping that it might be more flexible. From here, it seems as if the government could look at what is termed the Malthouse Compromise, which now seems to have a fair degree of traction across the Conservative party. In short, this would involve the re-negotiation of the backstop with a longer transition period until December 2021, during which the UK could continue to pay £10bn into the EU budget. This would give the UK enough time to prepare for Brexit under WTO rules or create a new trade deal with the EU.

Sterling fell back below $1.31 as Yvette Cooper’s Amendment B, to establish a vote to request an extension of Article 50 was defeated. This is seen as increasing modestly the risks of ‘no deal’.  Global currency dealers appear to be assuming that the PM will seek a short, 2-month extension of the Article 50 negotiating period in a statement on or before 14th February and that after some haggling the EU will agree to it. However, the hard bargaining is not with the EU but in the House of Commons, with media reports that the PM is offering higher spending in leave-voting Labour constituencies in exchange for their support of an amended deal.

In Europe, the German government cut its 2019 economic growth forecast from 1.8% to 1% reflecting trade war and Brexit uncertainty. Growth has also been dragged back by Germany’s car industry which is still overshadowed by the emission standards scandal. Meanwhile, Italy has fallen into recession with the economy contracting for the second consecutive quarter in the final part of 2018.

In the US, the Congressional Budget Office estimated that the effect of the US government shutdown is likely to be small, with economic growth 0.4% lower in the first quarter of 2019. Growth is expected to pick up with catch-up government spending in the second quarter. However, President Trump has threatened another shutdown within three weeks if Congress cannot reach a deal that provides him with funds for his border wall.

The US Fed signalled that the current cycle of interest rate increases may be over for now. Fed Chair Jerome Powell cited global economic weakness, financial conditions and the government shutdown as factors for being more cautious while confirming the Fed’s Balance Sheet will remain larger than previously expected. The press release no longer refers to future interest rate rises.

Lower US oil inventories, OPEC production cuts and hopes for US and China trade talks helped Brent oil to recover to above $63.

Finally, a sign that we may be near the top for American housing market? A Manhattan apartment has just been sold for £183m – the most expensive home ever sold in the US. The property, in the luxury 220 Central Park South building, has four floors and overlooks New York park. The buyer is a billionaire and founder of a hedge fund.