Rip it DUP and start again 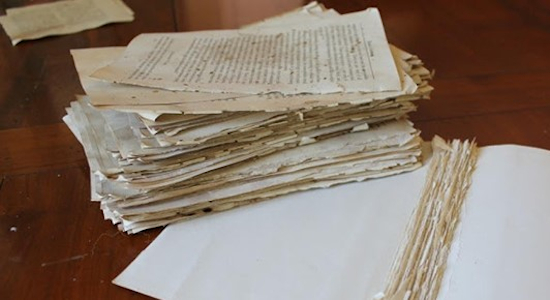 The challenge with any new technological development is making it commercially viable. While many investors have been getting very excited about the development of electric vehicles and associated technology such as batteries and the raw material components, there have been a few high-profile setbacks recently.

For example, Dyson, best known for its vacuum cleaners, has recently scrapped plans to build electric cars as the project is not commercially viable. In 2016, Sir James Dyson announced a £2bn electric car development project. In 2018, plans were revealed to build a new car plant in Singapore with a view to commencing production in 2021. Some 500 jobs were to be created in the UK with a £200m investment in research and development as well as new track testing facilities in Wiltshire. Three years later and while Sir James Dyson believes his team have developed a ‘fantastic electric car’, sadly it isn’t commercially viable and he has not been able to find a buyer for the project.

It was supposed to be a make or break weekend in the Brexit saga. Against all the odds Boris Johnson managed to re-work a deal with the EU and attempted to present it to parliament. Shame his apparent U-turn on Northern Ireland, sucked away the support of the DUP and they appear to have short-circuited any deal. Boris is pulling out all the stops, but with the opposition parties uniting, the odds look against him. Without enough buyers of the project, will Brexit be unplugged?

Doubts about Trump’s ‘phase one trade deal’ surfaced while Brexit news, which shifted every few minutes, saw Sterling continue its rollercoaster ride before climbing towards $1.30 briefly on news of a draft Brexit deal. However, given the recent history of Parliament’s behaviour investors should not be all that surprised that Friday’s hopes for clarity were dashed on Saturday.

State controlled media in China reported that the country wants more trade talks before the end of October to hammer out the details of President Trump’s ‘phase one trade deal’. However, if agreement can be reached the Chinese may send its Vice Premier to sign a written agreement at the Asia-Pacific Economic Co-operation summit in November rather than waiting until a meeting of the UN in December. Meanwhile, US Treasury Secretary Steve Mnuchin confirmed more work needs to be done to finalise a deal and warned that the delayed tariffs would be imposed if a trade deal is not agreed by 15th December. However, he did say ’I expect we’ll have a deal’. However, some US media reports suggest that China will struggle to buy $50bn of additional US farm produce unless some of the existing tariffs are removed. Meanwhile, a potential wrinkle has emerged from China’s vow to retaliate against the US over the House of Representatives passage of a pro-Hong Kong bill.

The IMF cuts its global economic growth forecast for 2019 from 3.2% to 3%. However, the IMF expects growth to improve to 3.4% in 2020 although this assumption could be at risk in the event that the US and China do not reach a trade agreement.

You couldn’t make it up, but as it involves Trump you don’t have to! President Trump has imposed sanctions on Turkey over the military attack into Syria which he effectively sanctioned. This has driven the Kurds to do a deal with the Assad regime! Now other members of the UN are turning against Turkey which could drive them closer to President Putin. (Alpha Bites- Turkey Shoot).

Turning to Brexit, PM Boris Johnson announced that the UK and EU had agreed a ‘great new deal.’ However, nothing is straight-forward when it comes to Brexit as the DUP said they ‘would vote the deal down’.  Saturday’s special sitting of Parliament, designed to help PM Boris Johnson get Brexit over the line by 31st October, has in fact provided further delay, thanks to an amendment to the Benn Act from Oliver Letwin. The PM has had to send a letter to the EU requesting a further extension. A Brexit bill is being attempted to be represented today, but House Speaker John Bercow will need to be persuaded. Boris Johnson is still intent on Brexit on the 31st October. Meanwhile, the EU 27 need to agree to an extension and agree to the Withdrawal Agreement. Despite last week’s EU rhetoric, the chances of a no-deal Brexit on the 31st October, appear to have receded, for now. If Parliament does not ratify the deal and a general election is called, Boris Johnson will most likely campaign on the platform of having secured an agreement to deter ‘Leave’ voters being drawn to the Brexit party. The Labour Party, on the other hand, has confirmed it will push for the new agreement to be put to a second referendum.

In the UK, CPI, the targeted measure of inflation held steady at 1.7% in September.  Wage growth continues to comfortably outstrip inflation which should be good news for consumer spending if Brexit and election uncertainty can be removed.

In Europe, inflation in the 19 countries in the single currency was 0.8% in September, the slowest pace in almost three years. Focus will turn, later this week, to Mario Draghi’s final policy decision as President of the European Central Bank.

In the US, retail sales unexpectedly dropped slightly in September, the first decline in seven months.  The Federal Reserve’s (Fed) Beige book economic update said the US economy is growing at a ‘slight to modest pace’ which is a slightly lower rate from their last commentary. A further 0.25% interest rate cut from the Fed at its next meeting at the end of October is looking very likely.

Japan is estimated to have suffered JPY1.35trillion worth of flood damage from Typhoon Hagibis. Meanwhile, reflecting global trade uncertainty, exports contracted for a tenth straight month in a row.

Given the US and China trade rumour mill, Brent oil continued to hover around $59.

Finally, while a Labour Party spokesperson has called it ‘scaremongering’. The Confederation of British Industry (CBI) has forecast that Labour’s plans to nationalise the UK’s water and energy utility companies, train firms and Royal Mail would cost at least £196bn. Whether this figure is close to being correct or not, the mere threat, along with Brexit has put many global fund managers off investing in the UK.