Trade War, What is it Good For? 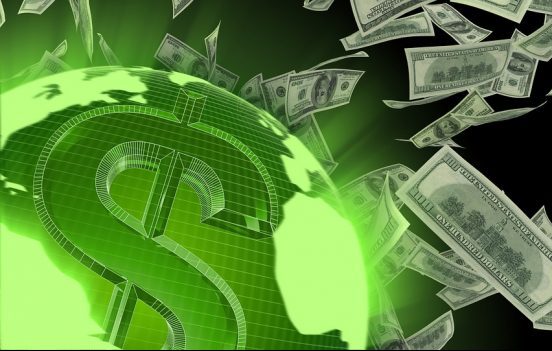 The global economy is growing nicely. Having done their job, central banks are starting to withdraw previous stimulus measures and some have embarked on the longer-term path to normalising interest rates. Central banks have to manage inflation, but not choke off growth, given the high level of global debt. Their challenge has suddenly become more challenging with President Trump’s trade tariffs. Trade wars undermine growth and tend to be inflationary which is not what is required at this stage of the economic cycle.

President Trump has signed a presidential memorandum ‘targeting China’s economic aggression’.  This will see the imposition of 25% tariffs on as much as $60bn in annual imports from China. Trump has said ‘this is the first of many’. His focus appears to be on protecting Intellectual Property in areas such as aerospace and technology, including robotics and other high value goods.

The Chinese have already retaliated to the earlier steel tariffs by announcing reciprocal tariffs on $3bn of imports from the US, including pork, steel pipes, fruit and wine. China’s ambassador to the US said ‘China doesn’t hope to be in a trade war, but it is not afraid of engaging in one’.

Quite how this plays out is difficult to say given Trump’s stance on steel tariffs has shifted as Canada, Mexico, Europe, Australia, Brazil and South Korea have been temporarily exempted until May 1st.

One thing is clear however, there would be no winner, should a global trade war develop. The two biggest economies in world, and engines of global growth going ‘toe to toe’, is a concern.

Is Trump really seeking to bring on a global trade war?

As with the NAFTA trade talks with Canada and Mexico, is this a lever to get a better deal for America and support his standing ‘back home’. US Treasury Secretary Steve Mnuchin has said, he was optimistic that the US could reach an agreement with China to avert planned tariffs, with President Trump having asked China to reduce its trade surplus with the US by $100bn. Broadly, these developments may suggest that the two countries are not actively seeking to start a trade war with one another, but rather are open to other avenues, to address the trade imbalances between them.

The main shock came from President Trump’s extension of trade tariffs against China. Manufacturing activity indicators remain firmly in expansion territory, but the latest indicators have softened in Japan and Europe. Does this reflect manufacturers’ concerns about a potential global trade war? Globally, investors also had to contend with a sell-off in the Technology sector. Another factor unnerving investors is the sharp spike in the 3-month US LIBOR which we highlighted in Alpha-Bites ‘Bring on the Clowns’.

The UK market also had to contend with the headwind from stronger Sterling relative to the Dollar to $1.415, on progress on Brexit talks and $ weakness due to concerns about global trade tariffs. UK investors also had to reflect on some downbeat trading updates, partly due to adverse weather conditions from a number of UK retailers, notably Kingfisher, the owner of B&Q.

American and Asian technology stocks have been a big driver of global equity markets and suffered a mini-shock as Facebook dropped 9% over two days, as it was claimed to be involved in the data privacy scandal surrounding Cambridge Analytica and Donald Trump’s presidential election campaign. The sector was also impacted by news that a self-driving car from Uber Technologies had struck and killed a pedestrian in the USA. In addition, the EU is proposing a 3% tax on sales of large technology companies with material revenue in Europe. US Technology shares fell by almost 8% last week.

The UK and EU have agreed on a ‘large part’ of the Brexit agreement that will lead to an ‘orderly  withdrawal’ from March 19th 2019 with a 21 month transition period ending December 2020. However, many key issues still need to be resolved including the Northern Ireland border. For now, the markets have taken this as a positive development as it makes the ‘cliff edge’ less likely in 2019.

In the UK, the annualised rate of inflation eased to 2.7% as expected.  Average earnings data for the last three months edged up from 2.5% to 2.6% so some hope that the gap may be closing for cash squeezed households? Furthermore, the government has given an average 6.5% wage increase to NHS employees spread over three years. At a cost of over £4bn to the government, is this the first sign of the end austerity measures?  The Bank of England left interest rates on hold but paved the way for an increase in May.

In Europe, there were suggestions that European Central Bank (ECB) policy makers have begun shifting the debate towards the steepness of the path of future interest rates, with even the most dovish members accepting that stimulus measures should end this year. According to media reports, ECB members are comfortable with current market expectations, including an interest rate hike by mid-2019.

In the USA, new Fed Chair Jerome Powell’s first meeting delivered the widely expected 0.25% hike in interest rates. The tone of the accompanying statement was more positive saying ‘the economic outlook has strengthened in recent months’. Economic growth forecasts for 2018 and 2019 have been raised slightly to 2.7% and 2.4% respectively. However, there was a more ‘hawkish’ steer on the path of future rate hikes with a further three increases suggested in 2019 while the ‘longer-term’ normalisation of interest rate policy has also been guided up.

Lower US oil inventories helped push Brent oil up to $70. Geo-political tensions in the Middle East, along with comments from Saudi Arabia’s energy minister that OPEC might extend production cuts into 2019 were also supportive of higher oil prices.

Finally, you couldn’t make it up if you tried. The contract to produce the new, dark blue Brexit passports that symbolise the UK decision to leave the EU has been awarded to a European manufacturer!